Global Europe Brief: Will Turkey be a stumbling block for NATO enlargement?

NATO has made it clear that Finland and Sweden would be “welcomed with open arms,” with the alliance’s chief Jens Stoltenberg adding that their accession process would “go quickly.”

But still, their path into NATO might be not without obstacles, despite internal processes in both applicant countries and NATO accelerating.

For one, the big question mark is how Russia will react in practice, as Moscow has repeatedly warned of consequences, including the use of nuclear weapons.

“Most likely, they will do something at least to disrupt the joining process of Finland and Sweden or deploy forces close to their borders in the future, but it’s an illusion to think that the joining goes peacefully and Russia just sits there and waits,” Colonel Andrus Merilo, who as head of Estonia’s first infantry brigade functions as NATO battlegroup base commander, told EURACTIV this week.

But few military analysts seriously argue Russia would be likely to invade Finland or Sweden if they apply for NATO membership. This is due in part to the fact Moscow does not seem to have enough resources at the moment, with most tied up in Ukraine’s east.

An Eastern European military source said Russia’s capabilities on its northeastern border with Finland and the Baltics are “rather decimated by the forces sent to Ukraine, that seem to have been involved in all the losses we have been hearing about”.

“Realistically, and depending on how many more losses they suffer in Ukraine, it will take Russia a long time to recover, which doesn’t mean it cannot rebuild its military strength in the intermediate to long-term,” the source said.

The bigger disruption is expected to be political since any country seeking to join the club needs the unanimous support of existing members.

Turkey’s President Recep Tayyip Erdoğan surprised NATO members and the two Nordic countries on Friday (13 May), saying that Ankara doesn’t like the idea of Finland and Sweden joining NATO, accusing the Nordic countries of harbouring terrorists.

But Turkey has not shut the door, Erdogan’s spokesman said on Saturday.

“We are not closing the door. But we are basically raising this issue as a matter of national security for Turkey,” Ibrahim Kalin, who is also the president’s top foreign policy advisor, told Reuters.

In a call with reporters, Karen Donfried, Assistant Secretary for Europe and Eurasian Affairs at the State Department, said the topic will be discussed at the NATO ministerial meeting over the weekend in Berlin.

However, it could turn out that the obstacle is only temporary and actually linked to US weapon acquisition obstacles Turkey has been facing, a NATO source told EURACTIV.

Turkey requested in October to buy 40 Lockheed Martin-made F-16 fighters and nearly 80 modernisation kits for its existing warplanes, which Washington has so far refrained from responding to.

The sale of US weapons to NATO ally Turkey became contentious after Ankara acquired the Russian-made defence missile system S-400, triggering US sanctions and Turkey’s removal from the F-35 fighter jet program.

Should the sales hurdle be removed, it’s nearly certain the veto will fall, the NATO source said.

Beyond Turkey, no other member country has expressed opposition to enlargement. Still, legislative constraints could put on the brakes since all 30 national parliaments must debate and vote on the issue and then ratify their application to join.

On a technical level, there should be no obstacles left that aren’t easy to solve once both countries are in, NATO diplomats say, and expectations are that both countries could join by the end of this year.

Many members hope this Nordic accession would strengthen NATO’s presence in the Baltic region since both countries are already among NATO’s strongest and most integrated partners.

Their armies are already mostly interoperable with NATO standards and equipment, thanks partly to their membership in NATO’s Partnership for Peace (PfP) since 1994, Enhanced Opportunity Partners (EOP) 20 years later, and regular participants in alliance exercises.

They also would bring advanced and well-trained militaries into the alliance and add naval and air power in the North.

Finland’s armed forces alone are 280,000-strong, with trained reserves of another 900,000 and a fleet of US-made F-18 fighter jets. This year, it is also expected to meet NATO’s defence-spending target of 2% of the GDP.

Sweden said it would increase the size of its armed forces, currently around 24,000, considerably and reach the spending target within a few years, but largely bunks on its advantage of a domestic arms industry, which has a reported turnover of €3.5 billion a year.

Geographically, both add strategic islands in the Baltic Sea and remove uncertainty over whether Swedish airspace can be used to send troops or supplies to the Baltics. 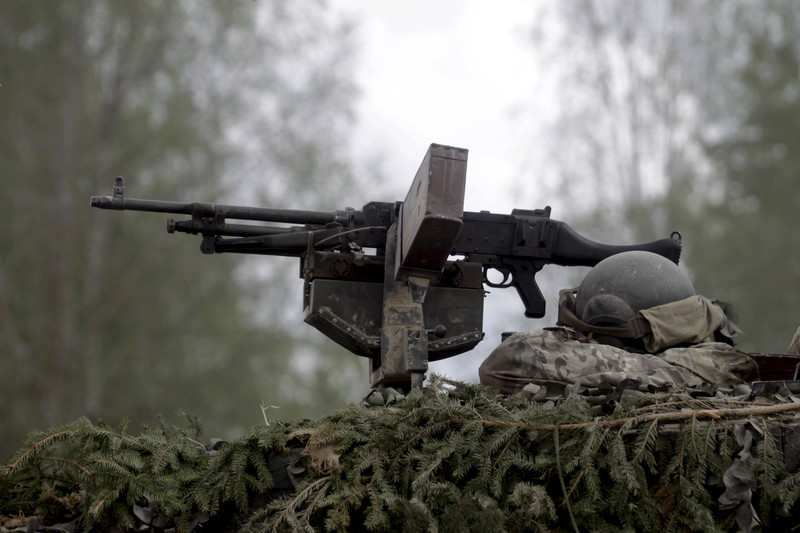 In Estonia, Finland and Sweden’s looming NATO accession is seen as a spectacular flop for Russia’s President Vladimir Putin and an opportunity to close a gap in Baltic Sea security.

FAC PREVIEW | EU foreign and defence ministers are meeting in Brussels on Monday (16 May) with a heavy agenda.

Bilateral EU-Canada talks with Canadian Foreign Minister Mélanie Joly will proceed the main discussion on Ukraine for which the country’s Foreign Minister Dmytro Kuleba has been invited to join in person. The aim will be to untie the stalling sixth sanctions package, for which Hungary has attached a price tag to lift its veto.

Over lunch, EU foreign ministers will meet their counterparts of the six Western Balkan countries. What is meant as a regular follow-up, is likely to turn into reassurance talk as Russia’s influence in the region is causing concern. The Belgrade-Pristina dialogue is making little progress and Serbia does not align with the EU’s foreign policy line and sanctions vis a vis Moscow.

‘THE OTHER WAR’ | The EU has urged ‘not to give up on Syria’ amid Russia’s war on Ukraine as the sixth pledging conference for the war-torn Middle-Eastern country took place in Brussels. Despite being a crucial actor in Syria, Russia was excluded from the international donors’ meeting for the region.

UN WOES | The collapse of the international agency responsible for Palestinian refugees due to chronic underfunding by UN countries could lead to unpredictable consequences in an already unstable region, experts and officials warn.

NATO PATH | Finland’s leaders, after having given the first indication earlier this week, are likely to reiterate their NATO intentions on Sunday, with a Finish Parliament debate over the government’s NATO bid decision expected on Monday (16 May).

Sweden, meanwhile, has published its own revised security policy review from parliamentary parties, highlighting the advantage of becoming a member of the alliance, with the bid likely to be sealed this week as Finish President Sauli Niinisto is expected for a state visit.

HYBRID THREATS | The Czech EU Council presidency will put the focus on hybrid threats, by accelerating discussions about disinformation and interference set out in the EU’s Strategic Compass, Deputy Minister of Defence Jan Havranek told EURACTIV in an interview.

TTC LEAK | The confrontation with Russia will be at the centre of the next high-level meeting of the EU-US Trade and Technology Council (TTC).

Last September, the TTC was launched to establish a permanent platform for Brussels and Washington to converge on key policy topics related to global trade and emerging technologies. However, according to the draft conclusions obtained by EURACTIV, the main focus of the upcoming meeting will be condemning Russia.

ALTERNATIVE VIEWS | French President Emmanuel Macron earlier this week pitched a proposal for a new “political European community” that would allow Ukraine and others currently outside of the EU framework to be more closely involved with the EU, without necessarily becoming a member.

While Germany said it would be supportive, one in three EU countries oppose launching a procedure to change the bloc’s treaties.

Ukrainian officials speaking to EURACTIV have said that in the current context, the proposal is ‘ill-timed and counter-productive’, fearing it would diminish their chances to receive political green light for EU candidate status in June.