A local police officer wears a protective face mask during the Carnival in Venice, Italy, 23 February 2020. The carnival in Venice is cancelled over concerns for of the spread of coronavirus in northern Italy, the region's president announced. [Andrea Merola/EPA/EFE]

A surge of infections outside mainland China triggered steep falls in Asian share markets and Wall Street stock futures as investors fled to safe havens such as gold. Oil prices tumbled and the Korean won fell to its lowest since August.

“The news flow from the weekend has changed the game somewhat, where the focus is much more on the threat of an outbreak outside of China,” said Chris Weston, head of research at broker Pepperstone.

South Korea’s fourth-largest city Daegu grew increasingly isolated as the number of infections there increased rapidly, with Asiana Airlines and Korean Air suspending flights to the city until 9 March and 28 March respectively.

In Europe, French Health Minister Olivier Veran said he would talk with his European counterparts soon to discuss how best to cope with a possible epidemic in Europe, after Italy reported a third death from the flu-like virus and 150 infections, from just three before Friday.

“Tonight there is no epidemic in France. But there is a problematic situation at the door, in Italy, that we are watching with great attention,” Veran told a news conference.

Italy sealed off the worst-affected towns and banned public gatherings in much of the north, including halting the carnival in Venice, where there were two cases, to try to contain the biggest outbreak in Europe.

#Italy is now the most affected country in Europe by #Coronavirus. With +100 cases and 2 deaths, 50,000 people are under lockdown with nobody entering/leaving towns, football matches cancelled, universities closed for a week in attempt to control spread https://t.co/RrYeLRkZuy

Austria suspended train services over the Alps from Italy for about four hours after two travelers showed symptoms of fever. The train carrying about 300 passengers from Venice, Italy, to Munich in Germany was allowed to continue its journey after the two tested negative for the new coronavirus.

BREAKING: Austria has stopped a train coming from Italy at its border as two travellers are suspected of being infected with #Covid19.

Italy now has the worst #Coronavirus outbreak in Europe and has imposed quarantine restrictions.

Austrian Interior Minister Karl Nehammer said a coronavirus task force would meet on Monday to discuss whether to introduce border controls with Italy.

Latest on coronavirus spreading in China and beyond https://t.co/aTibYcQJCG Follow our live blog for more: https://t.co/SJ3OxNoP1r pic.twitter.com/Tlv3BULY2a

South Korean authorities reported a seventh death and another 161 new cases on Monday, taking the total to 763. Of the new cases, 115 were linked to a church in Daegu.

Seoul raised its infectious disease alert to its highest level on Sunday after the southeastern city and nearby Cheongdo county – where infections surged last week – were designated “special care zones”.

The escalation in the alert level allows the government to send extra resources to Daegu and Cheongdo, forcibly prevent public activities and order the temporary closure of schools.

“The government will be all-out to minimize economic impact and make sure the recovery momentum would not be interrupted as we prepare for the worst-case scenario,” South Korean Vice Finance Minister Kim Yong-beom said on Monday.

Iran, which announced its first two cases on Wednesday, said it had confirmed 43 cases and eight deaths. Most of the infections were in the Shi’ite Muslim holy city of Qom.

Outside mainland China where it originated late last year, the outbreak has spread to some 28 other countries and territories, with a death toll of around two dozen, according to a Reuters tally.

The vast majority of infections were again in Hubei province, further evidence that efforts to contain the outbreak in China are working and enabling four other provinces to lower their coronavirus response measures.

Hubei and its capital, Wuhan, remain virtually cut off from the outside world but factories, businesses and construction sites are slowly reopening in the rest of China after an extended Lunar New Year holiday.

“At present, the epidemic situation is still severe and complex, and prevention and control work is in the most difficult and critical stage,” President Xi Jinping said on Sunday.

Xi highlighted the importance of fighting the epidemic in the capital Beijing, which requires people arriving from elsewhere in China to be quarantined at home for 14 days.

He said it would have a relatively big, but short-term impact on the economy and Beijing would step up policy adjustments to help cushion the blow.

The G20 grouping of the world’s top economies called on Saturday for a coordinated response to the coronavirus outbreak.

The IMF predicted the virus would lower China’s growth this year to 5.6% and shave 0.1 percentage points from global growth. 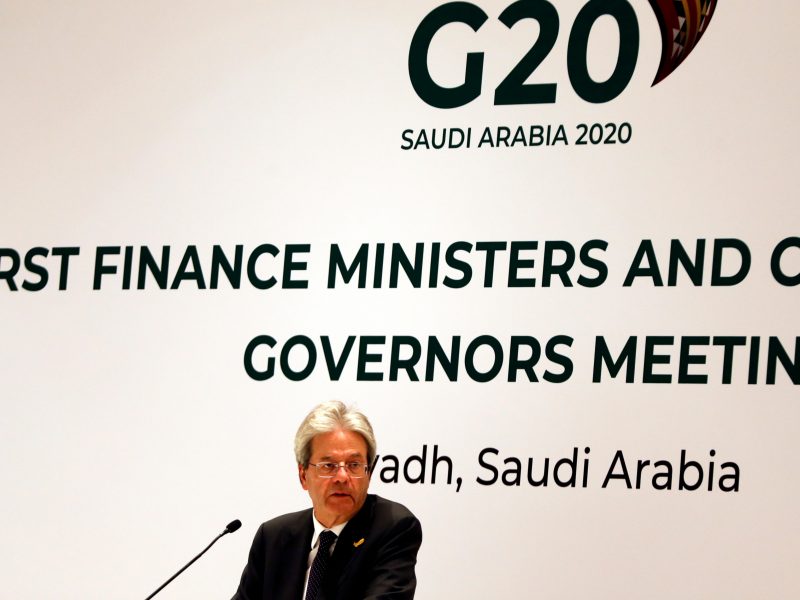 Finance leaders of the world’s top 20 economies wrapped up their two-day meeting on Sunday (23 February) in Riyadh that was dominated by growing concern over the widening fallout from the coronavirus outbreak.

In Japan, where the government is facing growing questions about whether it is doing enough to counter the virus, authorities had confirmed 773 cases by early Sunday evening.

Most of them were from a cruise ship quarantined near Tokyo, the Diamond Princess. A third passenger, a Japanese man in his 80s, died on Sunday.

British authorities said four people evacuated from the ship had tested positive for the virus after being flown to Britain.