The wealthy hotelier donated $1 million to President Donald Trump’s inaugural committee and was rewarded with the coveted job in Brussels.

Ambassadorships have long been doled out by American presidents — both Democrats and Republicans — to loyal supporters, and many political appointees have served with distinction.

And then there’s Sondland, whose involvement with Ukraine has made him a central figure in the House of Representatives impeachment inquiry into Trump for abuse of power.

“This has been a very bad experience for me,” Sondland said last month during a nearly 10-hour grilling by members of the House committees conducting the impeachment investigation.

In his sworn testimony, Sondland initially said he was unaware that US military aid for Ukraine was being held up in exchange for a probe by the Ukrainians of Trump’s potential 2020 election rival Joe Biden and his son Hunter, who served on the board of a Ukrainian gas company.

Facing potential perjury charges, Sondland was forced to make a humiliating about-face this week as he amended his testimony to state that he was in fact aware that this was the case. 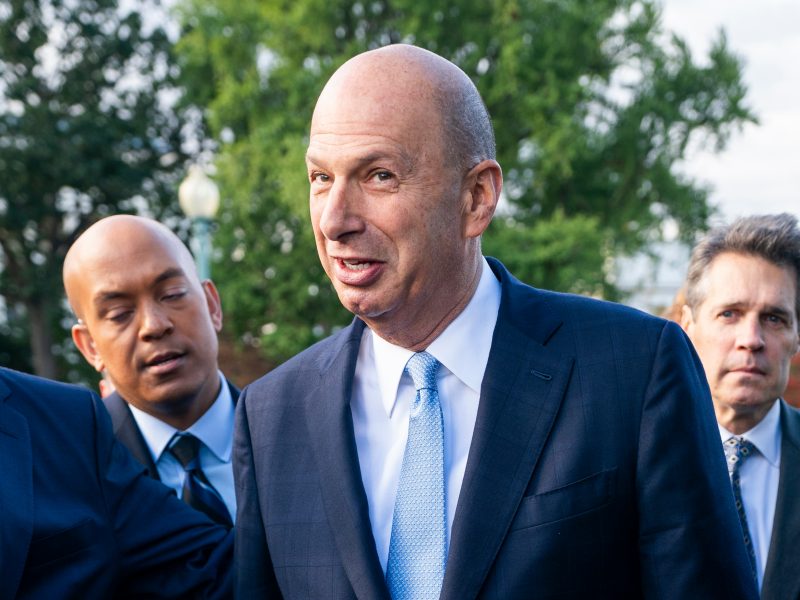 Sondland’s tribulations have become fodder for late-night comedians, and he could be forced to repeat his testimony in full public view as the House switches from closed-door to open hearings.

Sondland landed in his current predicament through a rather circuitous route.

The Seattle-based chairman of the Provenance Hotels group, which owns 19 hotels around the US, mostly in the Pacific Northwest, Sondland describes himself as a “lifelong Republican.”

He supported former Florida governor Jeb Bush’s bid for the 2016 Republican presidential nomination before switching his allegiance to Trump, the eventual nominee.

Sondland’s nomination as US envoy to the 28-member EU was confirmed by the Senate in June 2018 and he took up his position in Brussels the following month.

How Sondland ended up dealing so closely with Ukraine is something of a mystery — even to his colleagues at the State Department.

“There was some discomfort within the State Department with Ambassador Sondland’s role in Ukraine,” William Taylor, the chargé d’affaires at the US Embassy in Kyiv, said in his testimony to the House impeachment committees.

Ukraine, Taylor pointed out, “is not in the EU.”

Taylor was not the only one mystified by Sondland’s involvement with Ukraine, which was also being privately pressured by Rudy Giuliani, Trump’s personal attorney, to dig up political dirt on Biden.

“Why he is involved in these Ukrainian negotiations is mysterious to me,” said Michael McFaul, who served as US ambassador to Russia under president Barack Obama.

Nicholas Kralev, author of “America’s Other Army,” a book about the US diplomatic corps, said he had asked himself the same question.

“I don’t know the ambassador to the EU,” Kralev told AFP. “But every day I hear his name, I ask myself, why was the EU ambassador dealing with Ukraine?”

Sondland, for his part, said that he had been instructed to do so by Secretary of State Mike Pompeo and then-national security adviser John Bolton on what he assumed was Trump’s authority.

“My role has been to support my colleagues in the State Department, for whom Ukraine issues are a ful1-time job, and to lend my voice when helpful,” he said.

Kralev, executive director of the private Washington International Diplomatic Academy, said the Trump White House, in naming Sondland to a high-profile post, was following in a tradition dating back decades.

“Historically, if we look at the numbers, there has been an unwritten rule that we give two-thirds of our ambassadorships to career Foreign Service officers and one-third to political appointees,” Kralev said.

“The career Foreign Service has no problem with political appointees,” he added. “In fact, in every bureaucracy, you need to have those people because you need new blood, new ideas.”

Kralev said the Trump White House, however, has named more political appointees to ambassadorships than previous administrations, “exceeding the one-third that historically we have seen.”

Kralev said Sondland’s experience could perhaps lead to a reassessment of the practice.

“There’s no other country that has so many political appointees,” he said.

“Maybe this is an opportunity, to use the impeachment inquiry and all the attention that’s being given to these diplomats, both career and political, to raise awareness of this,” he said. “Most Americans have no idea about it.”