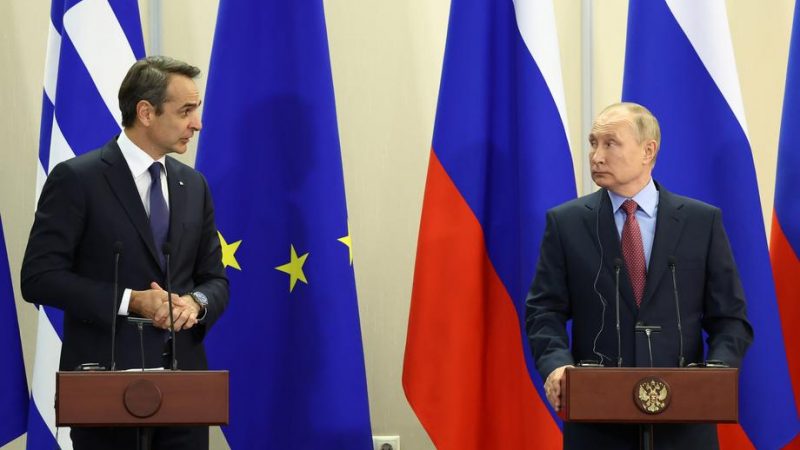 Tensions between Athens and Moscow flared up after ten Greek expatriates were killed during a bombing by Russian forces in Sartana, a village in the Donetsk oblast in eastern Ukraine.

The Russian embassy in Athens issued a statement saying Russia does not bomb residential areas and villages.

“On the outskirts of the village of Sartana, the Russian forces today did not have any military operations,” the embassy said, adding that Ukrainian soldiers should be held responsible instead.

“What the Russian embassy said is fake news. We have evidence,” the Greek spokesman said.

Greece and Russia are both orthodox countries, and a large part of the Greek society has been so far friendly toward Moscow. However, the latest developments in Ukraine have seen a major shift in the way the Greek public opinion views Russia.

Greek press reports suggested that it was common knowledge that Russian-speaking separatists and commandos are operating in that breakaway region of Ukraine.

The killing of the Greek expatriates was condemned by French President Emmanuel Macron, who wrote on Facebook:

“It is not just the people of Ukraine who are mourning today because of the war waged by Russia, but all the peoples of Europe. Tonight we think with sadness of Greece, which unjustly lost ten expatriates who lived in Ukraine near Mariupol”.

Meanwhile, following a meeting with the head of the Greek army, Prime Minister Kyriakos Mitsotakis decided on Sunday to provide Ukrainian forces with military equipment, in close coordination with partners from the EU and NATO.

In addition, Greece will send military aid to Kyiv. The material will be sent to Poland with two C-130 aircraft.