Greece said on Tuesday (23 February) that it was ready to handle increased migrant flows, but wanted decisions taken by EU leaders last week to protect the passport-free travel Schengen zone to be respected by all members.

“The Greek government is ready to handle any kind of situation that might occur due to increased migrant flows, no matter how difficult this could be,” government spokeswoman Olga Gerovasili told a regular news briefing.

Some Balkan states have tightened passage controls on their borders, resulting in hundreds of migrants been trapped in Greece and raising concerns that the situation could worsen as flows to the country from Turkey continued.

More than 1,000 refugees arrived at Greece’s biggest port of Piraeus near Athens yesterday (13 January) as the influx of refugees fleeing conflict zones for Europe continued unabated into the winter months.

Referring to a move by Austria to call a meeting of Balkan states on the migrant crisis this week without including Greece, Gerovasili said: “The European Union should now allow and should not tolerate some member states do as they want on their own.”

The Austrian ambassador to Athens was summoned to the ministry on Monday (21 February) where a diplomatic protest was filed, it said.

The move was a “unilateral and non-friendly act” towards Greece on a matter in which Athens had a direct interest, a government official said.

Greece is also on the Balkan peninsula and any attempts by its neighbours and countries nearby to close their borders could have a domino effect back to Greece, leaving thousands of
migrants arriving by sea from Turkey stranded there.

Greece also called on NATO to deploy a task force in the Aegean Sea on Tuesday, in order to clamp down on criminal networks smuggling refugees into Europe, with its defence minister accusing Turkey of trying to undermine the deal.

“I sent a letter to the Secretary-General of NATO today asking him to implement the unanimous agreement,” Defence Minister Panos Kammenos told journalists.

“In this letter I am asking that the NATO force be moved east of the Greek islands,” he said. 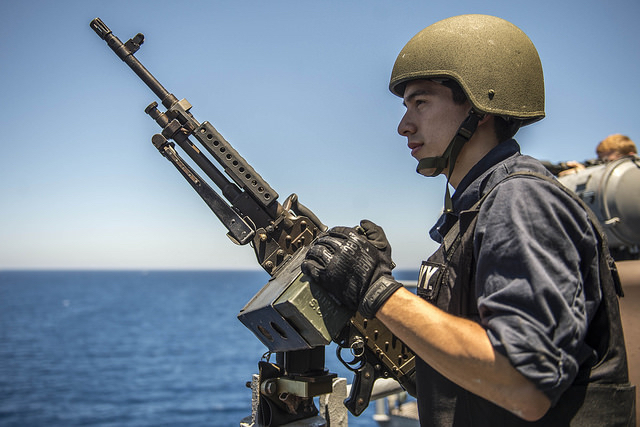 Turkey, he said, had raised fresh demands for the task force to be deployed. “Turkey is trying to blow (the agreement) apart,” Kammenos commented.