Neighbourhood Commissioner Johannes Hahn told MEPs today (4 May) that with recent violence in the Macedonian parliament he saw “the impossible”, and then added “but obviously everything is possible” in the country.

Hahn was addressing a meeting of the European Parliament delegation for Macedonia, convened at the initiative of its chair, Slovenian MEP Alojz Peterle (EPP) following violent events in the country’s legislature when an estimated 100 nationalist protesters supporting the VMRO-DPMNE party of former PM Nikola Gruevski entered parliament.

“What we have seen last week is something, honestly, I wouldn’t have expected. This is the impossible, but apparently, everything can be possible. This violence in the parliament is absolutely unacceptable,” he said.

The Commissioner added that he expected that there will be a “full investigation” of the events with “legal consequences”, mentioning that the law enforcement institutions hadn’t done their job for some time.

Without naming VMRO-DPMNE, Hahn said he understood that “for some people” it was difficult to move from government to the opposition. He added that nevertheless, change is the essence of democracy. The Commissioner also mentioned that he was aware of rhetoric in Macedonia that the winner of the election should be in the government, but added that majorities based on the will of the people needed to be respected as well.

VMRO-DPMNE emerged as the winner of the December elections, but it was its rival SDSM, led by Zoran Zaev, who succeeded in building a coalition with Albanian parties.

The country’s President, Gjorge Ivanov, however, refuses to provide a mandate to form a government to SDSM, which supports the so-called “Albanian Platform,” agreed on 7 January in Tirana in the presence of the leaders of three Macedonian Albanian parties. Ivanov says the Albanian Platform undermines Macedonia’s sovereignty, territorial integrity and independence”. In response, SDSM accused Ivanov of “fomenting a “coup”.

“Any kind of ethnic tension can create another explosion, not only in the country but in the region,” Hahn said.

He made reference to nationalist statements in the region in the next couple of weeks, of people in favour of “Greater this and this and this” (he didn’t mention Greater Albania or Greater Serbia), adding: “This is not possible. Because they are overlapping in geographic terms.”

Hahn pleaded for the formation of a new government and advised against unnecessary polarisation, promising support for the EU side, just as the previous government received.

“If we are able to overcome the current situation, also we as European have to deliver […] on its readiness to enter into negotiations”, he said.

Easier said than done. EU accession negotiations cannot begin due to the Greek veto over the unresolved name issue.

”We have to find solutions, based on the different views. Otherwise, from the European perspective this could be seen as a wasted opportunity,” Hahn said. He added: “I personally believe we don’t get a second chance.”

Russia has already said that Macedonia and other countries of the Western Balkans have an alternative to Euro-Atlantic integration.

Speaking to EURACTIV.com, Alojz Peterle who chaired the meeting, regretted that there was a “lack of strategic unity” in the EU.

“Putin or Erdogan can decide in five minutes, while we [the EU] need five Councils,” he said.

Indeed, on the occasion of the Greek crisis, five EU summits were held before deciding that letting Greece leave the Eurozone would be a fatal mistake.

Differing with Hahn, Pterle was not so optimistic that having a new government in Macedonia would be a solution to its problems. H was equally ambivalent about elections providing a solution.

Regarding the “Albanian Platform”, Peterle said that signing it in another country could indeed be considered as “a provocation”.

Speaking about Macedonia, but also about the Western Balkans in general, he said that it was possible for the “pro-Russian line to win” a new election.

“I wish the Western Balkans was a construction site, not a battlefield. But we are closer to the latter,” Peterle said.

“The problem is that more and more facts in this country are controversial, almost everything that happens is controversial,” he said.

Russia believes his election was unconstitutional and that he was a bad choice in the first place, because of his prior membership in the ethnic Albanian National Liberation Army, whose 2001 insurrection was ended by the Ohrid Agreement.

EURACTIV.com spoke to Xaferi, who is in Brussels today for meetings with Hahn and the EU foreign affairs chief Federica Mogerini. 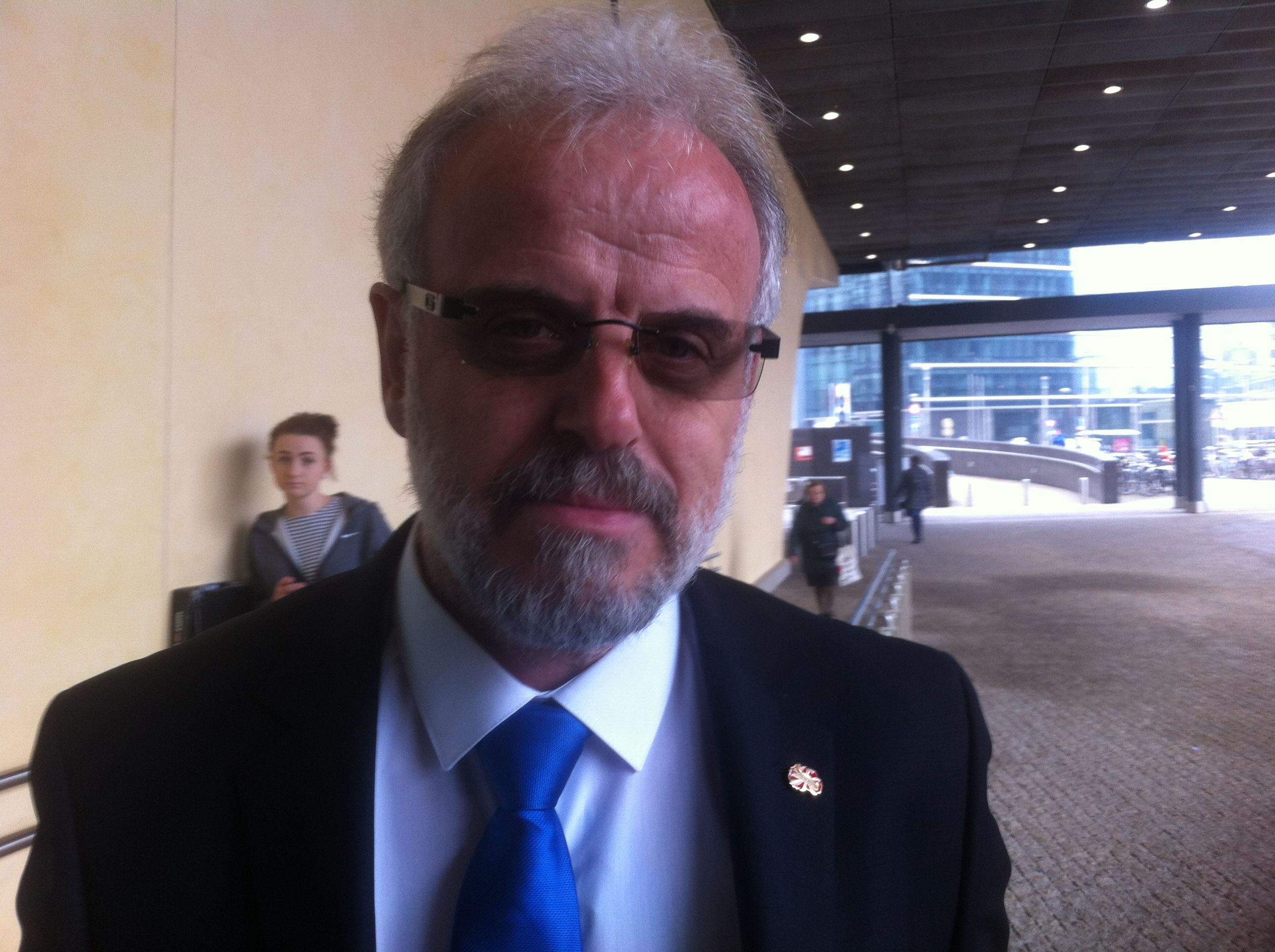 Asked about the Albanian Platform, Talat denied its existence.

“It is not about a platform (for) Tirana or Pristina. It’s about a post-election agreement of these parties,” he added.

Asked if the document, adopted on 7 January, was a “Tirana” paper, Talat said that Albanian Prime Minister Edi Rama invited Macedonian Albanian leaders to “sit together”.

In reference to his election, Talat said there is proof that the minimum requirement of 61 MPs had voted in his favour.

Queried about his guerrilla past, he stated “the whole of Europe has led armed fights” but that “this time is over”.

3 responses to “Hahn: Everything is possible in Macedonia”