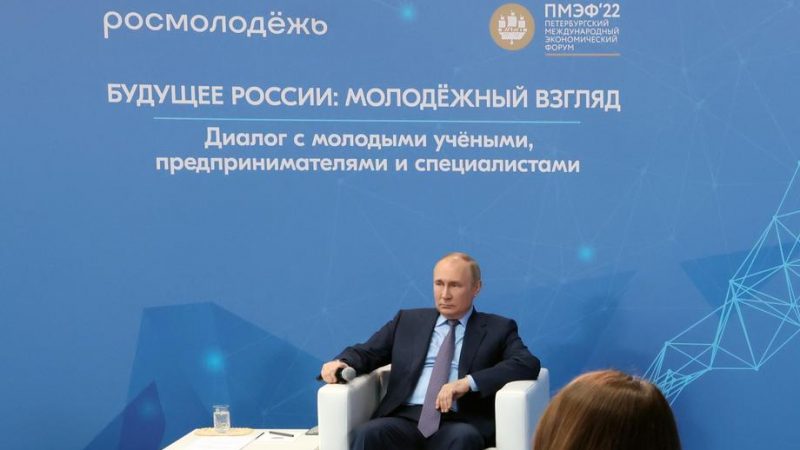 Russian President Vladimir Putin attends a meeting with young entrepreneurs and start-up founders at the Technograd innovation and educational complex located at the Exhibition of Achievements of National Economy (VDNKh or VDNH) in Moscow, Russia, 9 June 2022. [Kremlin pool/EPA/EFE]

Russian President Vladimir Putin paid tribute on Thursday (9 June) to Tsar Peter the Great on the 350th anniversary of his birth, drawing a parallel between what he portrayed as their twin historic quests to win back Russian lands.

“Peter the Great waged the Great Northern War for 21 years. It would seem that he was at war with Sweden, he took something from them. He did not take anything from them, he returned (what was Russia’s),” Putin said after a visiting an exhibition dedicated to the tsar.

Wow, Putin basically just stopped pretending: "During the war with Sweden, Peter the Great didn't conquer anything, he took back what had always belonged to us, even though all of Europe recognised it as Sweden's. It seems now it's our turn to get our lands back [smiling]". pic.twitter.com/vgk60hT5ea

In televised comments on day 106 of his war in Ukraine, he compared Peter’s campaign with the task facing Russia today.

“Apparently, it also fell to us to return (what is Russia’s) and strengthen (the country). And if we proceed from the fact that these basic values form the basis of our existence, we will certainly succeed in solving the tasks that we face.”

In response, a senior advisor to Ukrainian President Volodymyr Zelenskyy dismissed what he called any attempt to legalise the theft of land.

“The West must draw a clear red line so the Kremlin understands the price of each next bloody step … we will brutally liberate our territories,” Mykhailo Podolyak said in an online post.

Putin has repeatedly sought to justify Russia’s actions in Ukraine, where his forces have devastated cities, killed thousands and put millions of people to flight, by propounding a view of history that asserts Ukraine has no real national identity or tradition of statehood.

Apparently, Putin’s Russia stands ready to expand the vision of “what is ours”. A draft bill recently submitted to the Russian State Duma questioned the independence of Lithuania. 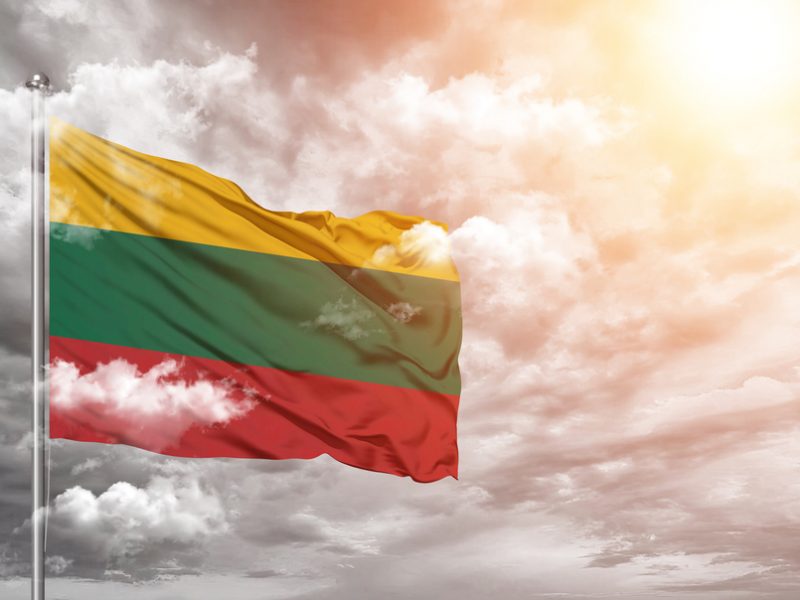 A draft bill submitted to the Russian State Duma calls for repealing the Decree of the State Council of the USSR “On the Recognition of the Independence of the Republic of Lithuania.”

The draft was submitted by Yevgeny Fyodorov, a member …

Peter the Great, an autocratic moderniser admired by liberal and conservative Russians alike, gave his name to a new capital, St Petersburg – Putin’s hometown – that he ordered built on land he conquered from Sweden.

Prior to Putin’s visit to the exhibition, state television aired a documentary praising Peter the Great as a tough military leader, greatly expanding territory at the expense of Sweden and the Ottoman Empire.

In recent years, Putin’s interest in Russian history has loomed ever larger in his public appearances.

In April 2020, as Russia entered its first coronavirus lockdown, he compared the pandemic to 9th century Turkic nomadic invasions of medieval Russia.

In July 2021, the Kremlin published a long essay by Putin in which he argued that Russia and Ukraine were one nation, artificially divided. It laid the groundwork for his deployment of troops to Ukraine.

Moscow says it acted to disarm and “denazify” its neighbour. Ukraine and its allies say Putin has launched an unprovoked war of aggression.

In the run up to what Russia calls its “special military operation”, Putin blamed Vladimir Lenin, the founder of the Soviet Union, for creating Ukraine on what Putin said was historically Russian territory.

By contrast, he offered cautious praise for Josef Stalin for creating “a tightly centralised and absolutely unitary state”, even as he acknowledged the Soviet dictator’s record of “totalitarian” repression.

Putin has a history of praising leaders sharing his own conservative views.

Meanwhile, leaders seen as antithetical to a strong, unitary Russian state, including Lenin and Nikita Khrushchev, have seen their contributions played down.

“He wants to be seen as a Peter [the Great]-style moderniser, even though he will go down in history as a cruel ruler more like Ivan the Terrible,” he added.