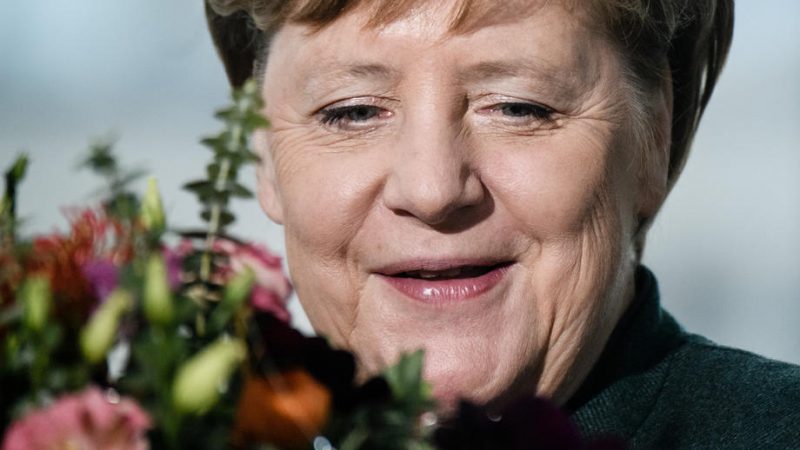 File photo. German Chancellor Angela Merkel is presented with flowers by the national gardeners association on the occasion of valentine's day at the chancellery in Berlin, Germany, 11 February 2020. [EPA-EFE/CLEMENS BILAN]

Angela Merkel’s departure from the political stage after 16 years as chancellor has not only ushered in a new era in Germany but also shaken up the power balance in the EU.

Potential candidates to take over Merkel’s mantle as the leader of Europe include her successor at the helm of Europe’s biggest economy, Olaf Scholz, as well as France’s President Emmanuel Macron and Italy’s Prime Minister Mario Draghi.

But analysts warn that none may be immediately capable of assuming the task, given the European Union’s unresolved challenges — ranging from an internal dispute over the rule of law, to marginalisation in global geopolitics, to the aftershocks of Brexit.

Lauded for her steady hand in steering the bloc through crisis after crisis, Merkel left the stage while still immensely popular at home and abroad, although there were some vocal opponents among her European colleagues.

“Angela Merkel is perceived as one of the most significant politicians in a generation, as the de facto leader of the European Union and the ‘leader of a free world’,” wrote Sebastian Reiche of the IESE Business School in Spain.

In a recent survey by the think-tank European Council on Foreign Relations (ECFR), 41% of EU citizens said that if they could, they would vote for Merkel. Comparatively, only 14% picked Macron.

Yet critics say Merkel’s tactics of sitting out crises and prioritising economic interests, even in dealings with Russia or China, have fuelled inertia and stifled further European integration.

Her exit may well open the door for the other half of the European engine — Macron — to slide into the driver’s seat.

The stars appear to be aligning: France holds the EU’s presidency from January and Macron has said he aims to forge a Europe that is “powerful in the world, fully sovereign, free in its choices and in charge of its own destiny”.

And with Germany’s new Social Democrat-led coalition seemingly bent on spending its way out of the pandemic, the age-old German budgetary rigour appears to be wavering.

Likewise on defence, Germany, once comfortably ensconced under the “US shield”, is no longer so sure after Donald Trump’s presidency forced the political classes in Berlin to bury their old certainties and begin a mindset shift.

Illustrating the change, Scholz’s government of his Social Democrats, ecologist Greens and liberal FDP declared in their coalition pact that it was their “task as an economically strong and populous country in the heart of Europe to enable, promote and advance this sovereign Europe”.

Merkel’s departure “can allow France’s vision of a powerful Europe to develop, it is an ambition that Macron has championed since his arrival in power”, said Alexandre Robinet-Borgomano of the Institut Montaigne.

As the guard changed in Berlin, Macron recently signed a new bilateral cooperation treaty with Draghi and this month launched a joint appeal to reform EU fiscal rules to allow greater investment spending. 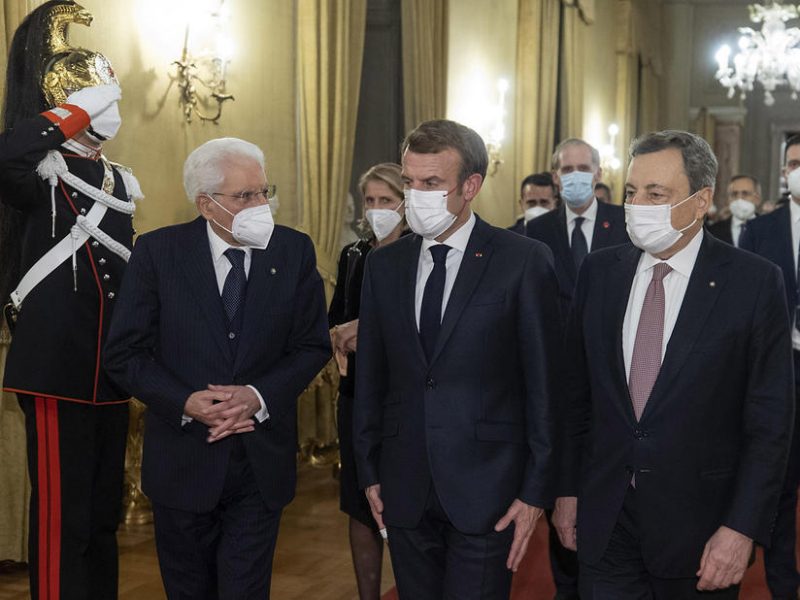 The leaders of Italy and France will sign a treaty on Friday (26 November) to strengthen bilateral ties at a time when European diplomacy is being tested by the departure of German Chancellor Angela Merkel.

The ambitious 43-year-old president has said he is not seeking to replace the Franco-German bond, but the move comes as the EU is realigning itself after Brexit.

Macron however faces an election in 2022, with the far-right posing a challenge.

No matter the outcome, France could be tied up with domestic politics for a while, limiting its capacity to develop a grand vision for Europe.

Scholz, 63, a former finance minister who has served in two of Merkel’s cabinets, could seize the chance as Merkel’s heir, particularly as he assumes the 2022 G7 presidency.

But analysts warn that times have changed, and more “Merkelism” might not do for the new era.

“The policy of remaining neutral and avoiding tough solutions to Europe’s predicaments does not seem to be a viable approach to the challenges ahead,” wrote Piotr Buras and Jana Puglierin of the ECFR.

“Merkelism is unlikely to outlive Merkel… because the EU will need a more visionary and courageous Germany to strengthen its foundations and defend its place in the world.”

The jury is out on whether Scholz, who styled himself as a Merkel mimic — down to her rhombus hand gesture — during the campaign, will step out of her shadow to take a bolder path.

With both key European players likely to need time for realities to shake out, one new pole of stability has emerged in the once debt-wracked south.

Dubbed “Super Mario” during his stint at the helm of the European Central Bank, Draghi has brought stability to a country that was once a byword for political upheavals and scandals.

Draghi “could fill the vacuum left by Angela Merkel as a consensus builder in the European Council”, Nicoletta Pirozzi of think-tank Istituto Affari Internazionali in Rome told AFP.

“Also, compared to Merkel’s cautious approach, he could inject a new dynamism in key sectors of European integration, from the reform of economic governance to foreign policy and defence, in cooperation with France and the new German government.”

But Pirozzi noted that much will hinge on whether the Italian leader, 74, does manage to successfully implement the EU’s economic recovery plan.

Italy’s presidential election in January “could radically change the picture” as Draghi is also touted as “one of the most credible potential candidates” in that race. 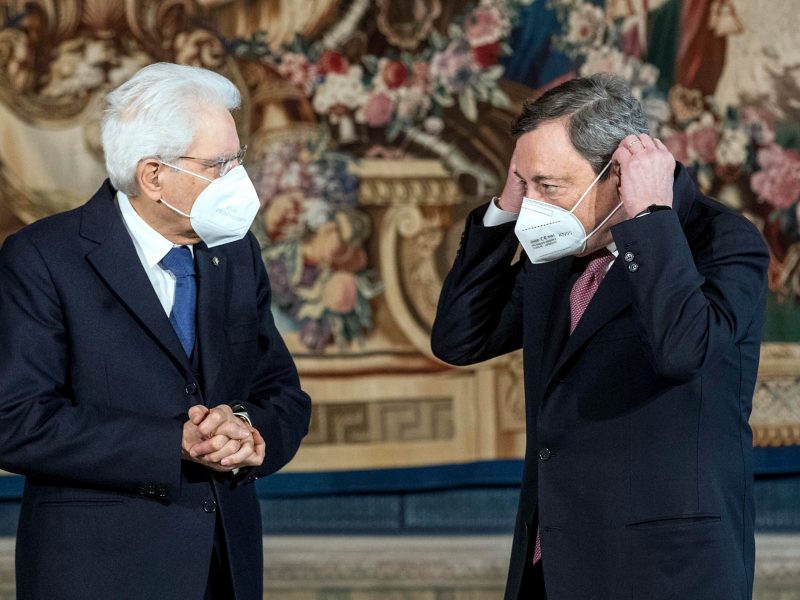 Italian Prime Minister Mario Draghi signalled on Wednesday (22 December) he would be willing to become head of state when the position falls free early next year, saying his unity government had already completed much of its agenda.

Until a new leader emerges, some analysts see a sombre future for the bloc.

“Europe might be heading towards a period of uncertainty and potential weakness,” warned Reiche.

“Hamstrung by the rivalry between America and China, and deeply divided internally, the European Union inhabits a world different from that of the years of Ms Merkel’s ascendancy,” she wrote.

“The reality, starkly stated, is that neither the (new) German chancellor nor the French government can lead Europe.

“And in the absence of leadership, Europe is headed for one thing — stasis.”