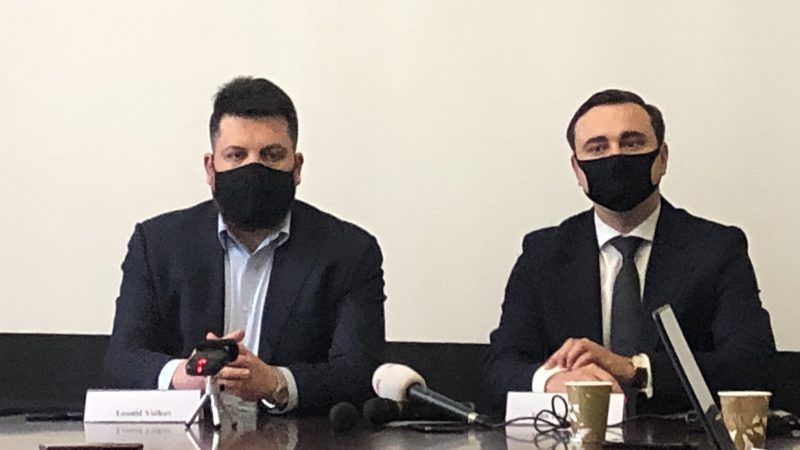 The EU should target Russian President Vladimir Putin’s close circle of people and ‘hit him where it hurts’, two close associates of imprisoned Kremlin critic Alexey Navalny said on Monday (22 February). They also warned of the increasing influence of corrupted Russian money in Europe.

Leonid Volkov, Navalny’s chief of staff, and Ivan Zhdanov, director of the Anti-Corruption Foundation, spoke to reporters in Brussels as EU foreign ministers were meeting to discuss the scope of a fresh batch of sanctions on Moscow.

Diplomats expect the EU to impose travel bans and asset freezes on Putin’s allies next month, once experts have gathered evidence to withstand any legal challenges.

Speaking to reporters, the Russian activists, who had already met a group of EU foreign ministers on Sunday, described that meeting as “fruitful”, specifying once again the political difference between personal and economic sanctions.

“Those people who execute repression could not exist without the support of oligarchs, for us, it’s very clear that these are two parts of the same puzzle,” he added.

Volkov admitted that there is a risk that measures of a limited scope and targetting a narrow circle of people might be less effective “if those are Kremlin officials that don’t travel and have no assets abroad”.

The EU put six officials on a blacklist in October over the poisoning of Navalny with Soviet-era nerve agent Novichok, and according to EU diplomats, the current option would again include around half a dozen Russian officials.

“Maybe this time the oligarchs might not be on the list, but we will try to be patient and will explain why they are as crucial parts of the repression regime as FSB officials are,” Volkov added.

Nevertheless, both said they still believe this type of pressure is essential, as Putin “will see that Europe is listening to us”.

“Building bridges and dialogue doesn’t help us, he [Putin] considers it a sign of weakness,” Volkov said about the Franco-German approach towards Russia.

Putin would consider Western leaders “hypocrites” when they criticise the lack of democratic rights, but then still negotiate energy surpluses from Russia, they said.

“He speaks of human rights and similar issues, but when they [Europeans] still come for his gas, he is reaffirmed in his approach. Everything that reaffirms him in his position is very dangerous because then he stretches the borders and thinks: What could I do next?”

They gave the example of the EU’s struggle to punish Belarus’ strongman Alexander Lukashenko for cracking down on protest after a presidential election last August that the opposition says was blatantly rigged.

“Lukashenko has taught Europe the lesson that in Europe 2021 you can beat down protests and arrest thousands of people and get away with it nearly unpunished,” he added. 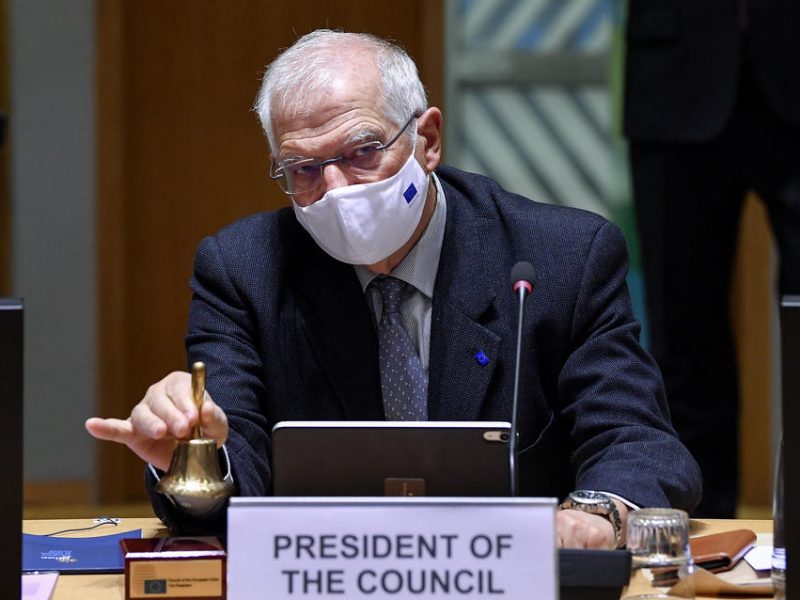 EU foreign ministers are meeting on Monday (22 February) to agree on fresh restrictive measures in relation with Russia’s crackdown on Kremlin critic Alexei Navalny and his supporters, having to chose between targeted sanctions and ‘the full Monty’, including economic …

Asked about the diplomatically disastrous visit of EU top diplomat, Josep Borrell, to Moscow in early February, Volkov said the visit has been “a clear illustration of how European bridge-making policy is anticipated by the Kremlin”.

“They [the Russians] have considered the visit as a sign of weakness and acted upon,” he told reporters in Brussels.

As Borrell was meeting with his Russian counterpart, Moscow announced –  in what many saw as an orchestrated attack – the expulsion of three European diplomats, while Lavrov cornered him on what he described as democratic failings of the West.

Asked about further expectations from Europe, Volkov said the “most important thing now is that Europe takes care of itself as Putin is the largest exporter of corruption to Europe”.

“Putin funds the far-right in many European countries to contribute to instability,” Volkov said, adding that the “fight against dirty Russian money” should be the main focus for Europe, besides sanctions.

“If it’s not stopped now, stopping it later will be at a bigger expense,” Volkov warned.

The Russian activists also warned that the Kremlin is getting ready to falsify the results of the September general election.

“Our top-most priority is domestic, we will be organising protests in spring, an electoral campaign in summer and want to be elected in September,” Volkov stressed.

At the same time, asked whether the West should financially support the Russian opposition – a question also raised by EU foreign ministers in their Sunday meeting with the activists – Volkov stressed that this would be counterproductive.

“Our answer was strict and firm ‘no’,” he said.

“First, this is just dangerous, because one can get a few years of prison in Russia for being considered a foreign agent, and second, Russian civil society is as strong as it has ever been,” he said.

“We don’t need funding, we need political support, we need Europe to talk to Putin from a position of power,” Volkov stressed.

He said Putin was trying to sell hard the idea of an ‘evil Europe’, but this has not succeeded. “Those that have not experienced the Cold War see Europe as a friend, they want to develop ties”.

“Putin’s anti-American propaganda was quite successful because America is far away, (…) Europe on the other hand is not that far away for Russians,” he added.