How Russia’s war in Ukraine rocked the global economy 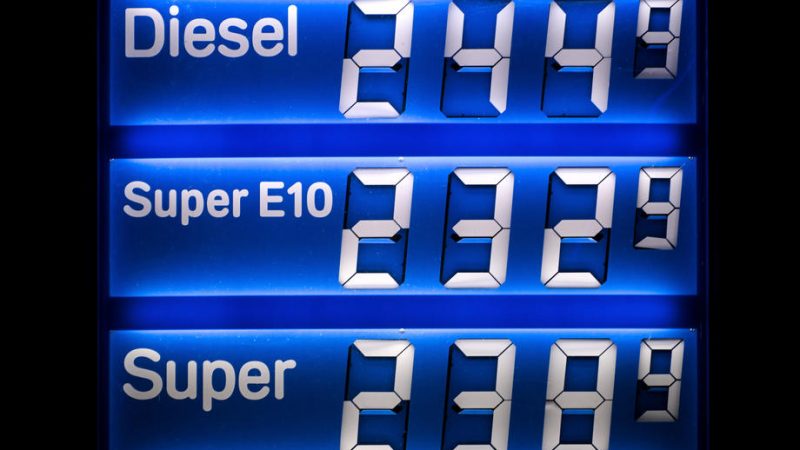 A display shows prices for various automotive fuels at a gas station in Wietmarschen, Germany, 22 March 2022. Gasoline prices are at an unprecedented level, the reason being the increase in the price of crude oil, which is due to the conflict in Ukraine. [EPA-EFE/SASCHA STEINBACH]

In a month of conflict in Ukraine, global oil prices have soared, foreign companies have exited Russia and Moscow faces the spectre of default.

Here is a look at the economic fallout from Russia’s 24 February invasion of its neighbour:

Oil and gas prices have surged over supply fears as Russia is one of the world’s biggest producers and exporters of the fossil fuels.

Brent North Sea crude, the international benchmark, stood at around $90 in February. On 4 March, it jumped to $139.13, close to a 14-year high and prices remain highly volatile.

Prices have risen at the pump, too, prompting governments to take measures to ease the financial pain for consumers: A lower VAT in Sweden, a price cap in Hungary, or a discount in France.

Gas prices have also skyrocketed, with Europe reference Dutch TTF leaping to an all-time high at €345 on 7 March.

The European Union has avoided sanctions on Russia’s energy sector as countries such as Germany rely heavily on Moscow’s gas supplies.

Other commodities massively produced in Russia have soared, including nickel and aluminium. 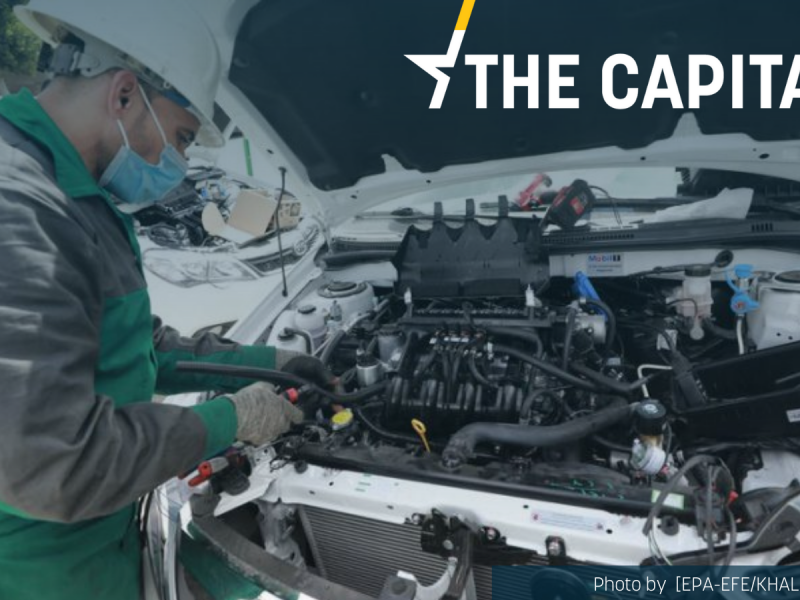 Kremlin’s war on Ukraine is dealing another blow to Europe’s car manufacturers, already reeling from the pandemic and the global chip shortage.

Wire harnesses, about 5km of an organised set of wires, terminals and connectors that run throughout the entire vehicle …

UN chief Antonio Guterres has warned that the conflict could reverberate far beyond Ukraine, causing a “hurricane of hunger and a meltdown of the global food system”.

Russia and Ukraine are breadbaskets for the world, accounting together for 30% of global wheat exports.

Prices of cereals and cooking oils have risen. 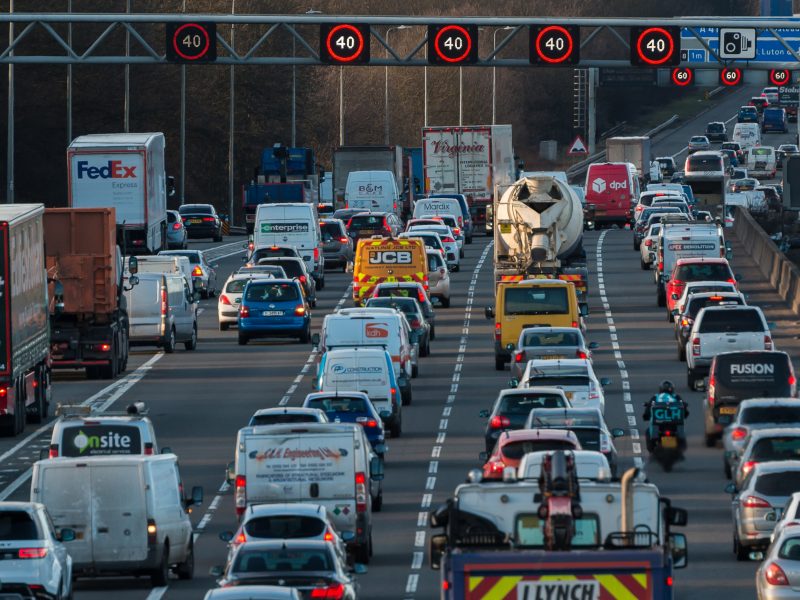 Consumers panic bought sunflower oil, a product they think will soon be in short supply, just a few days after they had queued up en masse at petrol stations.

The UN’s Food and Agriculture Organization says the number of undernourished people could increase by eight to 13 million people over the course of this year and next.

Ships are not leaving Ukraine and there are concerns about the upcoming sowing season in the country.

The United States, India and Europe could cover wheat shortages. But it could be more complicated to replace sunflower oil and corn, of which Ukraine is the world’s number one and number four exporter, respectively.

Stock markets had started off 2022 on a good note as economies recovered from the Covid pandemic and companies posted healthy results.

But the war has brought volatility to the markets while Moscow’s stock exchange closed for three weeks and only partially reopened on Monday.

Western sanctions have paralysed the Russian banking sector and financial system, while the ruble has collapsed.

Russia now faces the risk of defaulting on debt for the first time in decades. 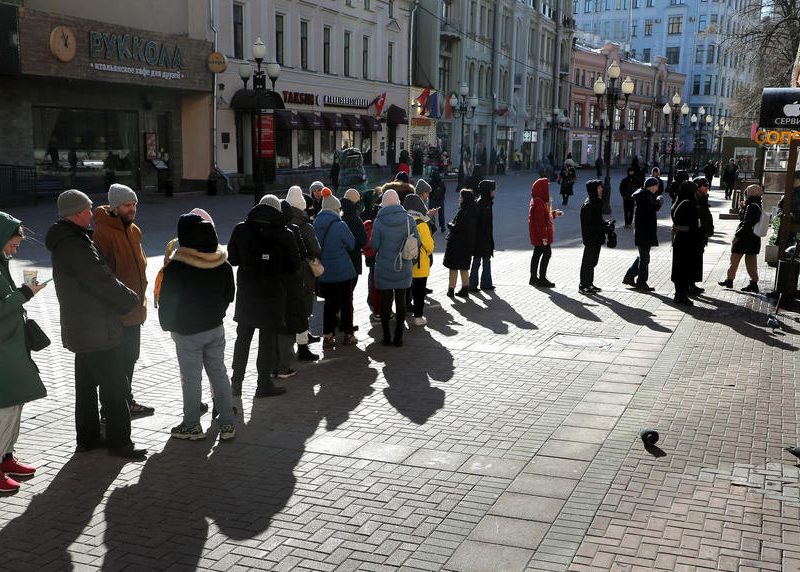 The economic cost of Russia’s assault on Ukraine was fully exposed on Wednesday (16 March) as Vladimir Putin’s sanctions-ravaged government teetered on the brink of its first international debt default since the Bolshevik revolution.

Moscow paid interest on two dollar-denominated bonds last week, giving the government some breathing room until the next debt payments in the coming weeks.

Hundreds of Western firms have closed shops and offices in Russia since the war started — due to the sanctions, political pressure or public opinion.

The list includes famous names such as Ikea, Coca-Cola and MacDonald’s. 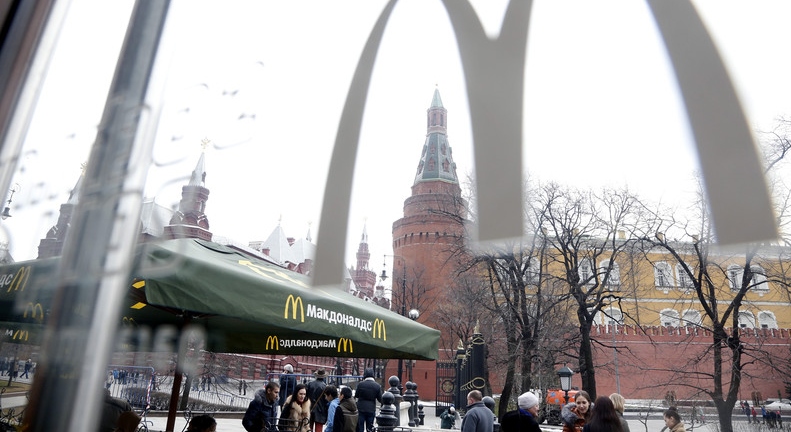 McDonald's, Starbucks, Coke and Pepsi all halt sales in Russia

McDonald’s, PepsiCo, Coca-Cola and Starbucks stopped sales of their best-known products in Russia on Tuesday (8 March), offering a united rebuke of the war on Ukraine by companies that define America for much of the world.

Some companies have chosen to stay in Russia, citing their social responsibility to not abandon their local employees and deprive the population of essential goods.

The war threatens to be a drag on the global economic recovery from the Covid pandemic.

The OECD has warned that the conflict could inflict a one-percentage-point hit on global growth.

The IMF is expected to lower its growth forecast, which currently stands at 4.4% for 2022.

“The entire global economy will feel the effects of the crisis through slower growth, trade disruptions, and steeper inflation, harming especially the poorest and most vulnerable,” the IMF, World Bank and European Bank for Reconstruction and Development (EBRD) warned in a joint statement.

With inflation soaring, analysts fear economies could face a period of stagflation — a toxic mix of rising prices and weak growth.

“Even if the war stopped today, the consequences of this conflict would be felt for months to come, and that would work through commodity prices,” the EBRD’s chief economist, Beata Javorcik, told AFP.