Migrants waiting for their asylum claims to be processed or stranded at borders in countries including Greece and Italy are falling into the hands of traffickers, the Organization for Security and Co-operation in Europe (OSCE) said in a report.

A lack of proper accommodation, limited funds and support services, and overstretched staff at reception centres means trafficking victims are slipping through the net, the OSCE said.

“The focus is on responding to humanitarian needs – trying to feed, shelter and register migrants at chaotic hotspots,” said Claudio Formisano of the OSCE’s anti-trafficking office.

“Human trafficking is not on the radar … or it is not a priority,” he told the Thomson Reuters Foundation by telephone.

Check out our latest research on helping victims of #HumanTrafficking at first identification and reception facilities for #migrants and #refugees in the #Med region: https://t.co/yJNqznNmEu pic.twitter.com/MZzbf7DLCL

Hundreds of thousands of migrants have reached Europe by boat in recent years, most fleeing conflict in the Middle East and poverty in Africa. Smugglers and traffickers are profiting as countries struggle to cope with the influx, campaigners say.

Italy in 2016 introduced laws to tackle the exploitation of workers in its agriculture industry amid reports of migrants being taken from reception centres and made to work illegally.

Authorities in Europe are focused on tackling smuggling rather than human trafficking – meaning many migrants who have been smuggled are penalised for immigration offences while trafficking victims go unnoticed, according to the OSCE report.

Smuggling and trafficking are often conflated, but a key difference is that traffickers deceive people to exploit them, from forced labour to sex work.

“The presence of unidentified and unprotected victims of human trafficking allows criminal activities to flourish … and so potentially turning a humanitarian emergency into a security crisis,” the OSCE report said.

Efforts to spot and protect victims of trafficking are often too narrow – concentrated on women who may have been trafficked for sex work, and overlooking men and children, Formisano said. 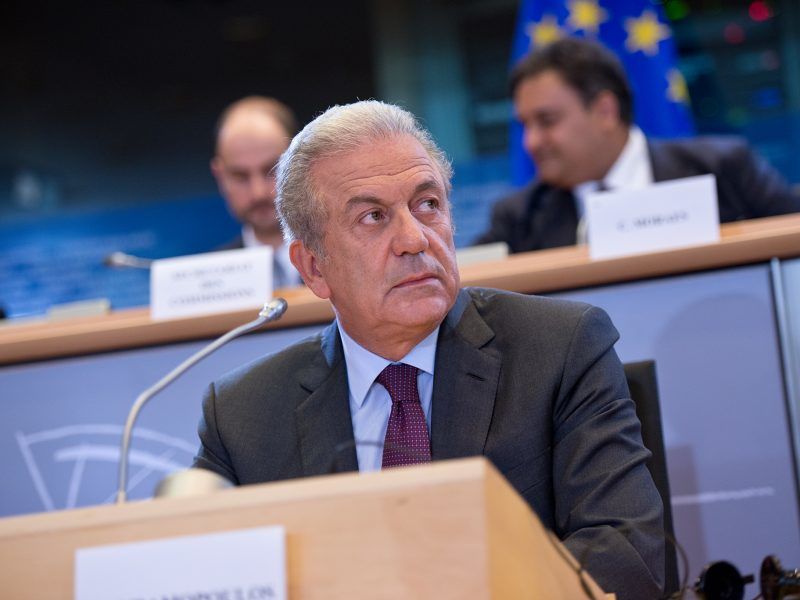 “In Italy, most migrants are from Africa and the focus is on Nigerian women who are being sex trafficked,” he said.

“Other victims may be falling through the cracks.”