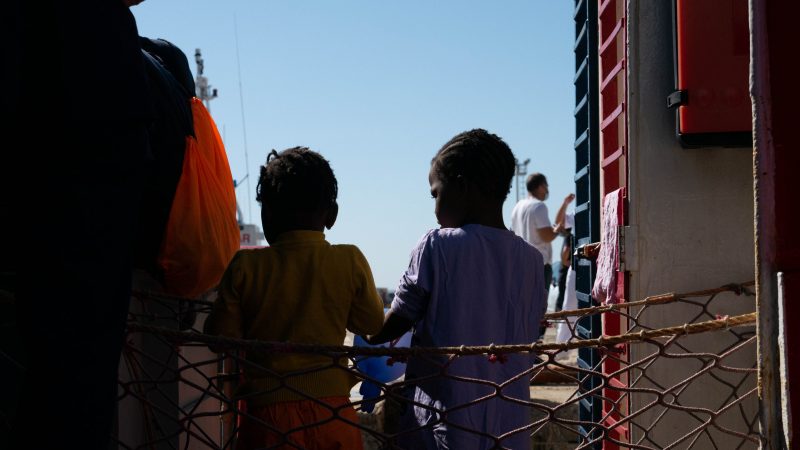 More than 250 migrants disembarked in Sicily on Saturday (7 August) from an NGO rescue ship, while another vessel carrying around 550 people was given permission to land on the Italian island.

Both ships had put out urgent appeals for a safe port following days at sea in the central Mediterranean, warning of the deteriorating health of those on board, who include children.

“The #SeaWatch3 (ship) reached the port of Trapani this morning. We are happy to finally have a port of safety,” the German organisation Sea Watch International tweeted, saying 257 people were being disembarked.

The #SeaWatch3 reached the port of Trapani this morning. We are happy to finally have a port of safety. Before our guests can safely go ashore, all 257 rescued people on board will be tested for COVID-19. pic.twitter.com/elrI5rHcvD

On Thursday, they had warned of a “critical” situation, with a lack of many medicines and symptoms of dehydration appearing among many of those on board, some of whom had been at sea for a week.

Meanwhile the crew of another rescue vessel, Ocean Viking, told AFP they had been given permission to disembark their 549 passengers at the Sicilian port of Pozzallo on Sunday.

They had earlier warned they were running out of medication, some on board were suffering from dehydration and others had skin infections.

“What we need is a place of safety to disembark them as soon as possible,” crew member and spokeswoman Julia Schaerfermeyer said, adding that 118 minors including 13 children aged under 12 were among those on board.

The vessel, run by French NGO SOS Mediterranée, rescued 555 people last weekend, although two pregnant women and two others have since been evacuated, alongside two of their relatives.

They were waiting off the east coast of Sicily for permission to disembark. They said requests to Malta were rejected while Tunisia and Libya did not respond.

Schaerfermeyer had appealed to the European Union to help coordinate plans to manage rescue ships in international waters, “to step up in support of the coastal states, and for a predictable disembarkation mechanism to be put in place”.

Tens of thousands of people seek to cross the central Mediterranean each year, normally setting off from Libya and aiming for the Italian coast, but it is a deadly journey.

Almost 1,000 people have died on the route so far this year, according to the International Organization for Migration (IOM).