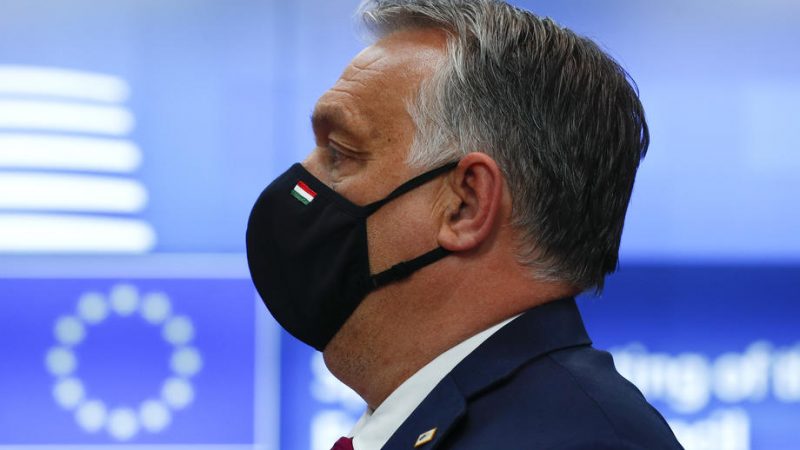 Hungarian Prime Minister Viktor Orban leaves at the end of an EU summit in Brussels, Belgium, 25 May 2021. [EPA-EFE/JOHANNA GERON]

Hungary and Germany have publicly locked horns over how the EU’s foreign policy should be conducted, after a series of Budapest-blocked joint foreign policy statements prompted the German foreign minister to complain the EU was being “held hostage” by countries that don’t share its values.

In a statement published late on Monday (7 June), Hungary’s Prime Minister Viktor Orbán wrote he believes that the European left, led by the German left, was attacking Hungary in an atrocious tone, “because it refused to sign a joint statement on Hong Kong without political weight and seriousness”.

He said that the Brussels practice of “fabricating and flaunting declarations” must end.

“We understand if any member state wants to show up a paper with the EU logo on it motivated by internal, domestic politics. But there is a limit to that, too,” Orbán said in the ninth edition of the “Samizdat” messages posted on the prime ministerial website, a reference to clandestinely published Soviet-era censored material.

“Our eight joint statements have been swept aside so far – and in the case of China this has happened – the ninth is also a mockery. We look like pathetic paper tigers, and the world is laughing at us after our statements without consequences,” he added.

“In recent years, this common foreign policy motivated by domestic politics has led to the European Union’s foreign policy becoming ridiculous,” he added.

Earlier on Monday, German foreign minister Heiko Maas told an annual get-together of Germany’s ambassadors in Berlin that “we can’t let ourselves be held hostage by the people who hobble European foreign policy with their vetoes” – a thinly veiled reference to Hungary.

“If you do that, then sooner or later you are risking the cohesion of Europe. The veto has to go, even if that means we can be outvoted,” he added, pleading for the end of the unanimity rule.

According to Orbán, it is high time that “instead of statement-producing foreign policy bureaucrats, the real leaders of Europe, the real shapers of foreign policy, that is, the heads of state and government, to take into their hands the big strategic issues, as was the case recently with Russia at the European Council.”

“We will exercise our rights guaranteed by the European Union’s Treaties, act in accordance with the principle of loyal cooperation and work to restore Europe’s foreign policy weight and authority. We support initiatives that aim to shape Europe’s strategic sovereignty and autonomy,” Orbán said.

He concluded his statement by adding that this means stopping the European left’s running amok.

While Maas remained diplomatic, a junior minister at Germany’s foreign ministry, Miguel Berger, explicitly criticised Hungary last Friday for blocking a number of measures and called for “a serious debate on ways to manage dissent.” 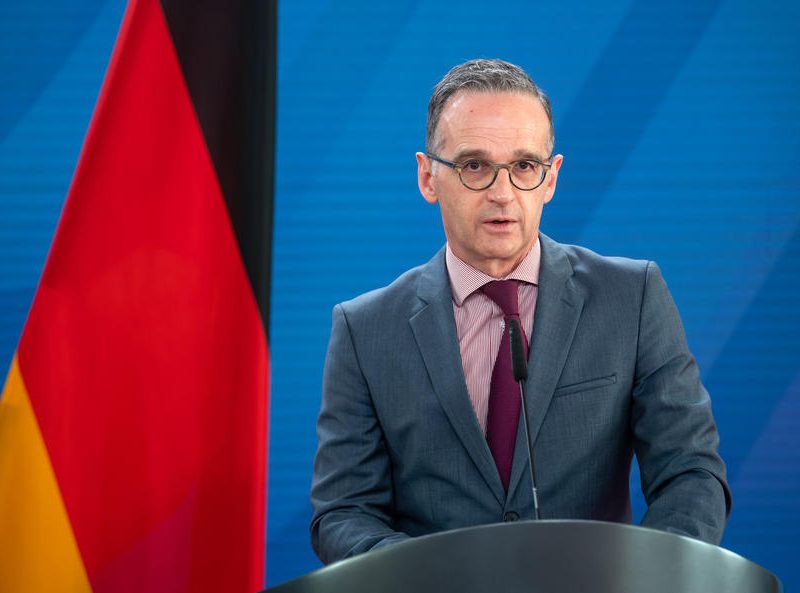 The EU should abolish unanimity in its foreign policymaking and not allow itself to be “held hostage”, Germany’s foreign minister Heiko Maas said on Monday (7 June), after several incidents in recent months derailed the bloc’s joint positions on a series of foreign policy matters.

Hungary has repeatedly blocked EU foreign policy statements in recent months on a range of issues, from China to Palestine.

It also promised to throw spokes in the wheels of the EU’s Africa-Pacific trade and development deal, jeopardising years of negotiations over migration concerns.