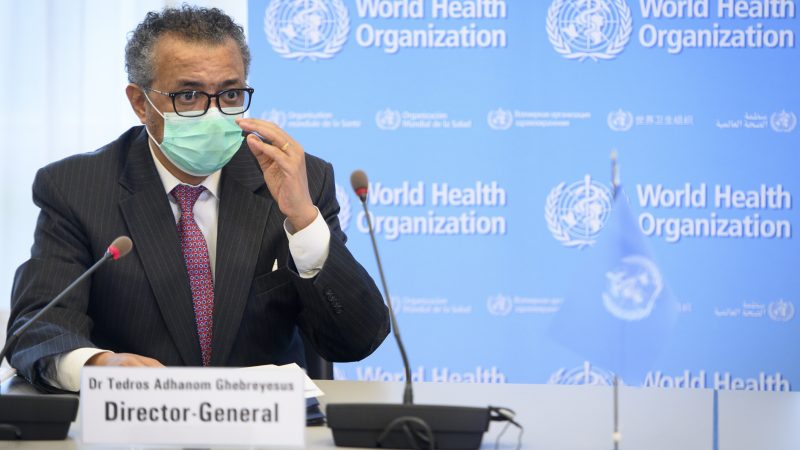 Tedros Adhanom Ghebreyesus, Director General of the World Health Organization (WHO) speaks during a bilateral meeting with Swiss Interior and Health Minister Alain Berset, not pictured, before signing a BioHub Initiative with a global Covid-19 Pathogen repository in Spiez laboratory on the sideline of the opening of the 74th World Health Assembly, WHA, at the WHO headquarters, in Geneva, Switzerland, 24 May 2021. [EPA-EFE/LAURENT GILLIERON]

The decision to press ahead with booster shots despite the WHO’s strongest statement yet highlights the huge inequities in responses to the pandemic as richer nations ramp up programmes to protect citizens from the more infectious Delta variant.

French President Emmanuel Macron said France was working on rolling out third doses to the elderly and vulnerable from September.

Germany intends to give boosters to immunocompromised patients, the very elderly and nursing home residents from September, the health ministry said. 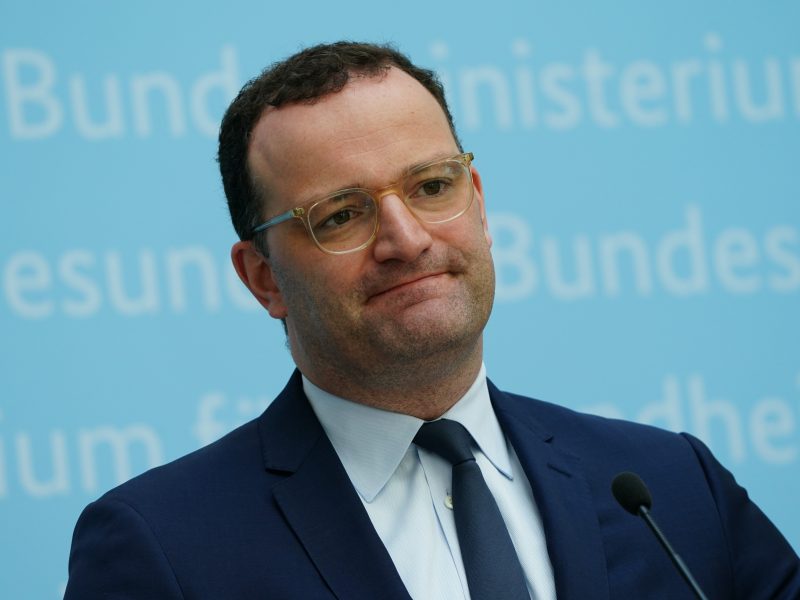 Germany will start offering Covid booster shots from September and make it easier for 12-to-17 year olds to get a jab, the health ministry said Monday (2 August), amid concerns about the spread of the Delta variant.

Israeli Prime Minister Naftali Bennett in a statement urged older citizens to get a third shot after the government last month kicked off a campaign to give booster doses.

“Whoever is over the age of 60, and has yet to receive the third dose of the vaccine, is six times more susceptible to severe illness and – heaven forbid – death,” Bennett said.

In an online discussion with the public and journalists, Bennett said Israel’s drive to give third doses of the Pfizer/BioNTech vaccine to people over 60 would provide vital information to the world on combating the Delta variant.

Israel, with a population of 9.3 million, was a small country whose vaccine use “doesn’t really affect the world supply significantly”, he added.

WHO chief Tedros Adhanom Ghebreyesus called on Wednesday (4 August) for a halt to boosters until at least the end of September, saying it was unacceptable for rich countries to use more of the global vaccine supply.

“I understand the concern of all governments to protect their people from the Delta variant. But we cannot accept countries that have already used most of the global supply of vaccines using even more of it,” Tedros said.

“We want to provide the vulnerable groups in Germany with a precautionary third vaccination and at the same time support the vaccination of as many people in the world as possible,” the health ministry said.

Following Tedros’ comments, the White House said on Wednesday it was prepared to provide booster shots if needed, suggesting it would not heed the WHO’s call either.

Pfizer has said boosters are most likely needed due to waning antibody responses, particularly after six months.

US health regulators have said that more scientific evidence is needed to be certain boosters are needed, but have indicated they believe a third shot may be needed for people with compromised immune systems.

Macron’s government is trying to step up France’s vaccination programme as the country faces a fourth wave of the virus and street demonstrations in protest against the government’s COVID policies.

France and Germany have so far given at least one dose of a COVID-19 vaccine to 64.5% and 62% of their respective populations, with 49% of the French and 53% of Germans fully vaccinated.