Illegal migrants arriving in Greece by sea triple in 2015 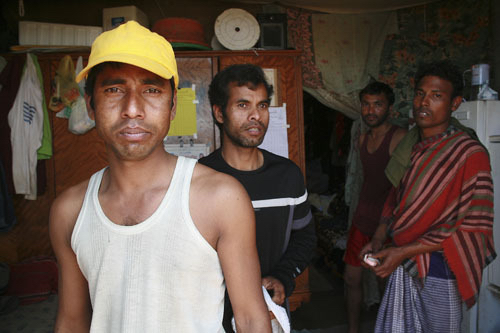 The number of illegal migrants arriving in Greece by sea has tripled in the first three months of 2015, the Greek coast guard said on Thursday (9 April).

The period saw 10,445 migrants arriving, compared with 2,863 for the corresponding months last year.

In March alone, 6,493 migrants arrived along Greece’s coastline and islands, mostly on islands near Turkey, the main embarkment point for the people smugglers’ boats.

The island with the biggest influx was Mytilene, followed by Chios, Leros and Samos.

On Thursday alone, 200 migrants were rescued after arriving on the isolated island of Gavdos, south of Crete, which has a population of only 100 people, the Greek news agency ANA reported.

People smugglers use many routes to carry their paying customers, mainly from north Africa, to reach EU countries where the migrants seek asylum or try to travel further into the European Union.

The journeys are dangerous and in numerous cases fatal as poorly equipped and overladen vessels run into bad weather or overturn.

Visiting Athens on Wednesday, Dimitris Avramopoulos, the EU Commissioner for Migration, said that the European Union was “worried” by the current asylum system.

He said that the EU was “conscious that something has to change” in the rule that puts responsibility for dealing with migrants on the first country they arrive in, putting a disproportional burden on southern states, such as Greece and Italy, targeted by the people smugglers.

During a visit to Malta on Thursday, Italian Prime Minister Matteo Renzi said that Europe must look to the chaos of the civil war in Libya if it wants to bring order to its own shores.

“Rather than being terrorised by the prospect of new arrivals of immigrants, we should take on the problem by attacking its roots, the situation in Libya,” he said. “Without peace in Libya immigration will continue.”

Renzi said that frontier countries like Italy and Malta should not be left to fend for themselves.

“If Europe doesn’t act to face up to this challenge, that will represent a defeat for its institutions,” he said.