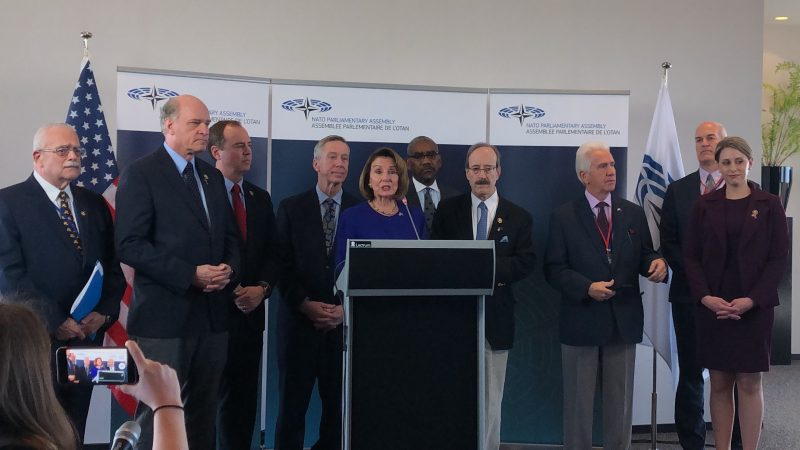 Democratic Speaker of the United States House of Representatives Nancy Pelosi (2-L) addresses the media during a news conference after leading a high-level US Congressional delegation in participating in a Parliamentary Assembly of the North Atlantic Treaty Organization (NATO), in Brussels, Belgium, 19 February 2019. [Alexandra Brzozowski]

“I think our message is a very clear one,” she said in comments aimed at relieving the growing transatlantic tensions caused by the Trump administration’s ‘America first’ agenda and its criticism of European allies.

Pelosi’s previous official trip, which also included destinations in Europe, was cancelled earlier in January by President Trump due to the “government shutdown” of the US federal administration.

“Now more than ever we need NATO as we go forward because the challenges are more complicated than a bipolar relationship with the Soviet Union…it’s now much more diverse and the friendships we have much more important,” Pelosi said, adding that cybersecurity, money laundering and human exploitation are new threats which require a common approach by the United States and the EU. 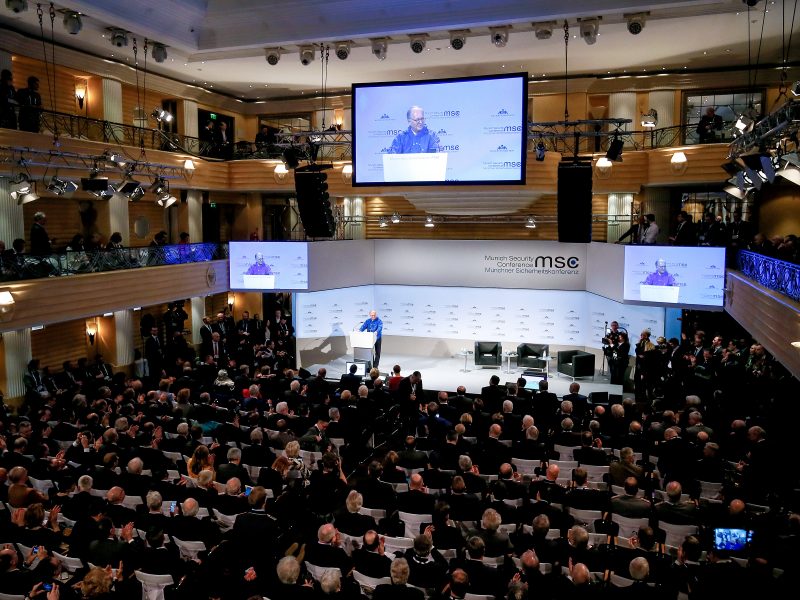 Pelosi also stressed that there was strong cross-party support in the US Congress for the military alliance and underlined that ‘power of the purse’ ultimately belongs to Congress, not President Trump.

“We have Article 1, the legislative branch, the first branch of government, co-equal to the other branches and we have asserted ourselves in that way,” she told reporters alongside a cross-party delegation from the US Congress to the NATO Parliamentary Assembly.

The US lawmakers recalled their good ties with Europe and emphasised the importance of the relations between the US and Europe, as well as America’s commitment to liberal democracy.

“Is this a reassurance tour? I think it’s a reminder tour,” said Congressman Gerry Connolly (Democrat, Virginia), “that the United States government is not just one branch. And as the Speaker said, Article 1, the first Article in the Constitution of the United States deals with the powers of the legislative branch, not the executive branch and those powers include war and peace and even direction of the armed forces.”

US Congress members recalled a Congress resolution adopted in mid-January by a 357-22 majority to bar the use of federal funds to withdraw from NATO. The act was seen as an important bellwether for how much US lawmakers can tie the hands of the president if he were to withdraw from yet another international agreement.

“I don’t think that there’s any difference between Democrats and Republicans on our relationship with NATO. This is not partisan in any way,” Pelosi added.

In recent months, Trump has repeatedly questioned his country’s commitment to NATO, arguing that Europeans need to step up their contributions instead of taking US protection for granted.

“Our commitment [to NATO] remains firm, yes, we have discordant voices in our government but ours is a shared power government, we aren’t a parliamentary system,” Connolly told EURACTIV on the sidelines of the press conference.

“And the fact that the executive branch may make that sound quite wobbly from time to time or make contradictory statements that are not reassuring is understandably disquieting but that’s not the only part of the US government that matters.”

He pointed out that no House speaker has ever come to NATO before, so Pelosi’s visit was also meant to be a statement.

“We should use our power of the purse to circumscribe rogue efforts by the executive branch to profoundly alter relations without the input let alone the consent and advice of Congress.” 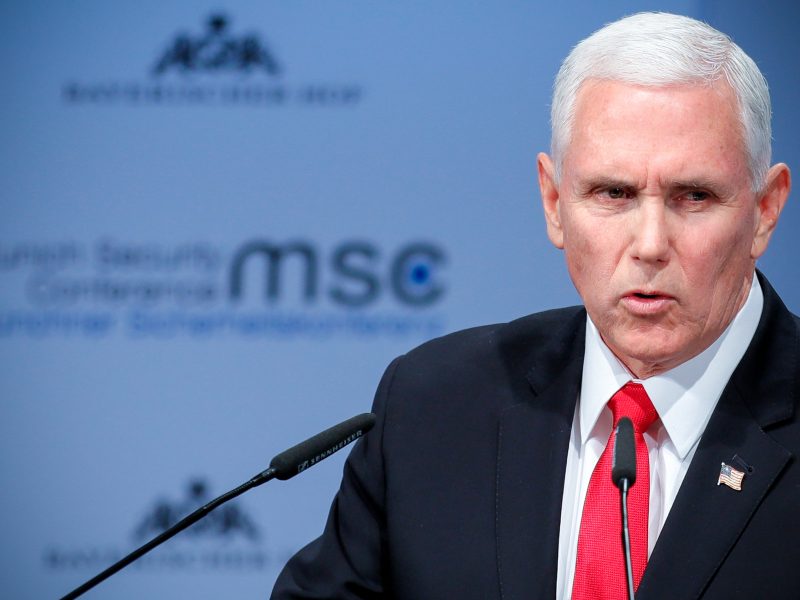 Mogherini’s office said the US and EU sides “confirmed the crucial importance of maintaining a strong transatlantic partnership.”

Both Mogherini and Pelosi “confirmed the importance of safeguarding multilateralism and the international rules-based order in promoting democratic values.”

Before coming to Brussels, the US delegation attended the Munich Security Conference last weekend, which saw by far the largest bipartisan US presence to date with more than 90 US officials and 50 members of Congress that sought to underscore the commitment of the large parts of America they represent.

One response to “In Brussels, US lawmakers seek to reassure worried Europeans”