A general view of the hall in the Palace of Culture where the Western Balkans summit will be held. [Vassil Donev, EPA/EFE]

The 28 leaders will also discuss the deaths of dozens of Palestinians in Gaza after Trump moved the US embassy to Jerusalem, in another move that the Europeans had strongly opposed.

Trump has effectively hijacked the agenda of the meeting in Bulgaria, which was originally meant to discuss the EU’s digital agenda on the first day, and on Thursday ties with the Western Balkans.

It's the time for Europe to catch up on #digital with its global competitors. Still many proposals are pending – now it is time for the EU co-legislators to adopt all these proposed legislations. #DSM #EUCO #EURoad2Sibiu

EU President Donald Tusk said the leaders in Sofia would “reflect on recent global developments, in particular following President Trump’s announcements on Iran and trade as well as the latest, dramatic events in Gaza.”

Their discussions on Iran will come a day after Tehran’s foreign minister held talks in Brussels with his British, French and German counterparts in a bid to salvage the deal that Trump has pulled out of. 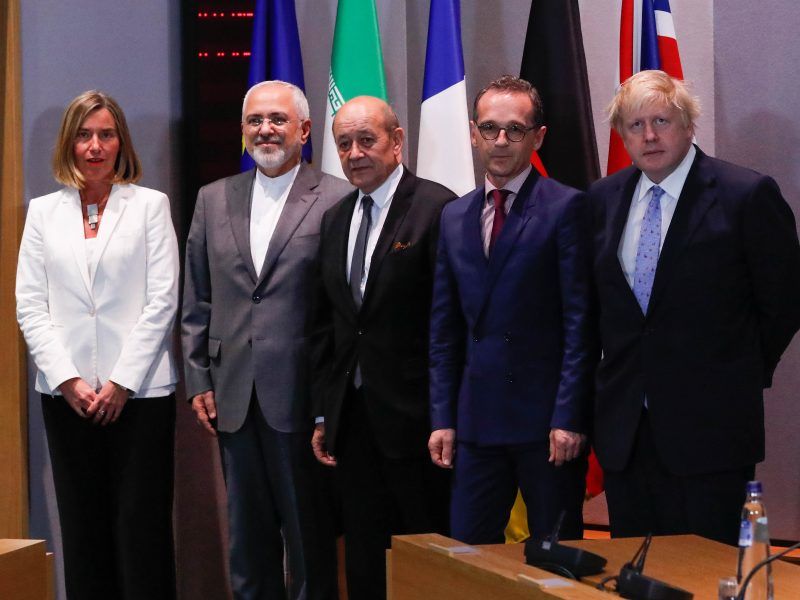 “I would like our debate to reconfirm without any doubt that as long as Iran respects the provisions of the deal, the EU will also respect it,” Tusk said in a letter to the leaders.

My letter to EU leaders before Sofia Summits https://t.co/zgnWg7GMWL

To prepare for #DigitalEurope.

To stick to our guns in EU-US trade.

To remain only partner not treating Western Balkans as geopolitical chess game.

British Prime Minister Theresa May, German Chancellor Angela Merkel and French President Emmanuel Macron will “present their assessment of the situation” to their colleagues, he said.

Mogherini and European Commission chief Jean-Claude Juncker will outline to the leaders what measures the bloc could take to shield its now substantial economic interests in Iran, Tusk added.

European diplomats have sought to play down expectations of Tuesday’s meeting, stressing the enormous challenge of finding a way around US sanctions punishing foreign businesses trading with Iran, which have global reach.

‘Stick to our guns’

“We are not in panic here and we are not under extreme time pressure,” a senior EU official said.

The European Union insists the deal is working but Trump pulled out saying that it was the “worst” possible agreement.

On Trump’s decision to impose tariffs on European and Chinese steel and aluminium, a move the EU has warned could spark a trade war, Tusk urged the leaders to keep a unified front.

“I will propose we stick to our guns,” Tusk said.

Behind their message of unity and firmness, some member states seem open to tolerating limited quotas from the United States on metals imports while others want a harder line, diplomats said.

The violence in Gaza will also be on the agenda as it was “linked to the bigger question of the consequences of the decisions of Donald Trump,” an EU official said. 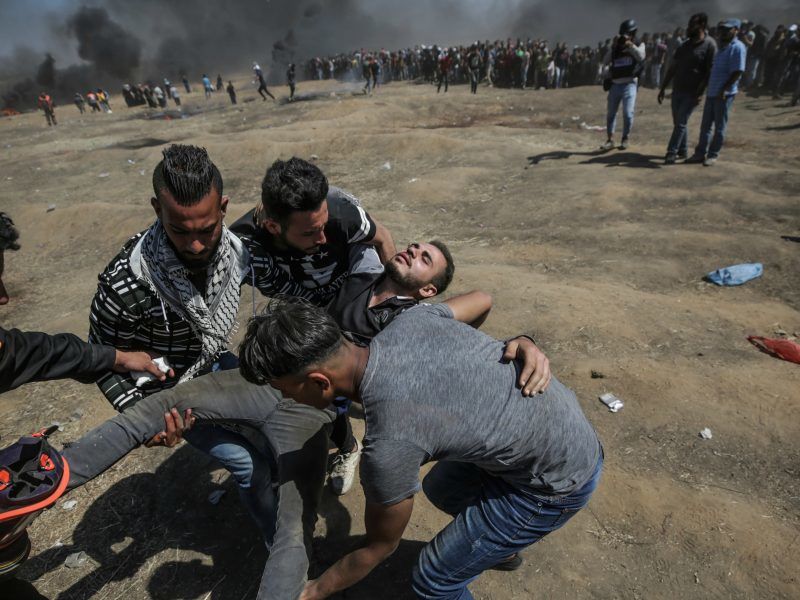 EU foreign policy chief Federica Mogherini on Monday (14 May) urged “utmost restraint” after at least 37 Palestinians were killed by Israeli fire during protests against the opening of the US embassy in Jerusalem.

The EU has called for “utmost restraint” after Israeli forces killed 60 Palestinians during clashes and protests along the Gaza border against the opening of the US embassy in Jerusalem, the conflict’s bloodiest day in years.

But there are divisions over the embassy move within the EU itself, with the Czech Republic, Hungary and Romania having recently blocked an EU statement slamming the US decision.

Wednesday’s dinner will be followed by a summit where the EU leaders will meet their counterparts from the Balkan nations of Albania, Bosnia, Kosovo, Montenegro, Macedonia and Serbia.

The meeting comes as Brussels tries to counter growing Russian influence in the region with promises of eventual membership of the EU for increasingly impatient neighbours.