In Tokyo, Biden endorses Japan’s plan to beef up its defences 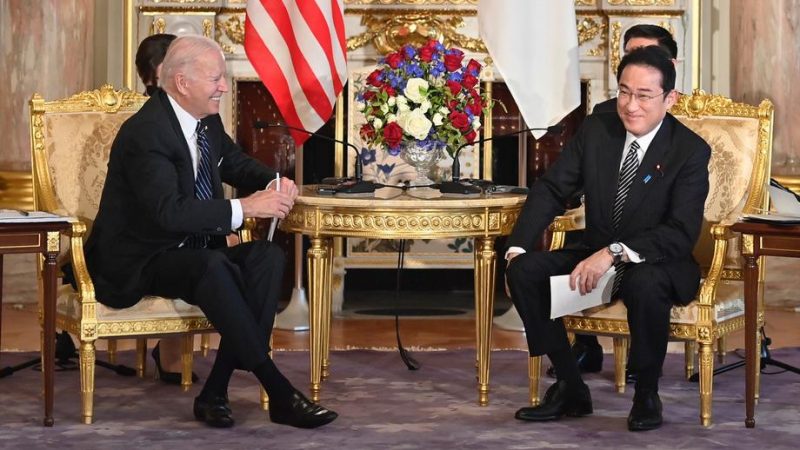 US President Joe Biden (L) and Japan's Prime Minister Fumio Kishida (R) attend the Japan-US summit meeting at Akasaka Palace State Guest House in Tokyo, Japan, 23 May 2022. President Biden is visiting Japan within the QUAD summit of the Indo-Pacific countries - United States, Japan, Australia, India - that will be held in Tokyo on 24 May. [EPA-EFE/DAVID MAREUIL / POOL]

US President Joe Biden on Monday (23 May) endorsed Japan’s plan to beef up its defence capabilities as he and Prime Minister Fumio Kishida committed to working closely to counter China’s growing influence in Asia.

Biden, on his first trip to Asia since taking office, is visiting the region as concern grows about China’s assertiveness and reach across security and supply chains.

The US president commended Kishida’s determination to strengthen Japan’s defence capabilities, the White House said in a statement following their meeting. The two leaders committed to working closely on China’s “increasingly coercive behaviour that runs counter to international law”, it said.

The cornerstone of Biden’s visit, which includes meetings with the leaders of Japan, India and Australia, in the “Quad” group, will be the launch of an Indo-Pacific Economic Framework, a broad plan providing an economic pillar for US engagement with Asia. 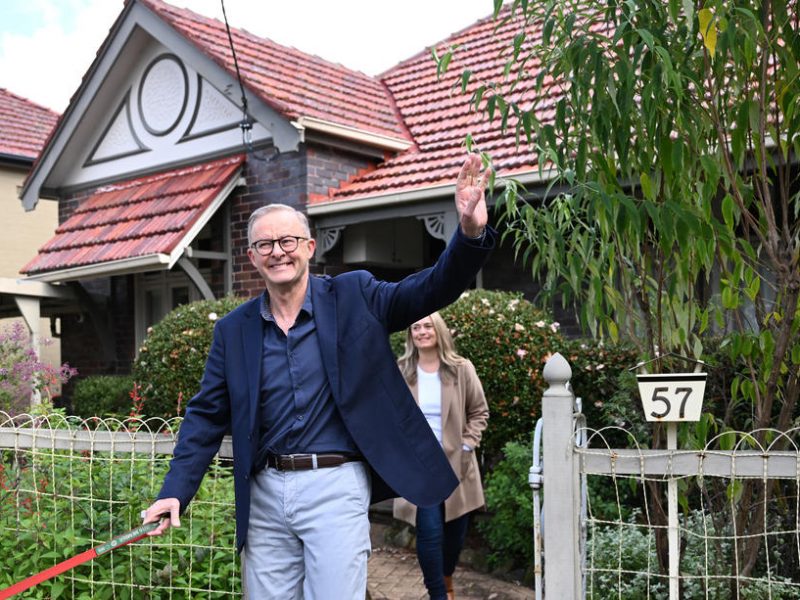 Australia's new PM Albanese sworn in, ahead of Quad meet

Australia’s Labor Party leader, Anthony Albanese, was sworn in as the country’s 31st prime minister on Monday (23 May), promising to bring the country together after a fractious election campaign as he vowed to tackle climate change and inequality.

“The US-Japan alliance has long been the cornerstone of peace and prosperity in the Indo-Pacific, and the United States remains fully committed to Japan’s defence,” Biden said at the beginning of talks with Kishida at the Akasaka Palace in central Tokyo.

Earlier, he met Emperor Naruhito, talking briefly at the palace entrance before being ushered inside. The White House said Biden offered greetings on behalf of the American people, highlighting the strength of the US-Japan relationship.

“It shows that the United States will strengthen its involvement in the Indo-Pacific region no matter what the circumstances,” Kishida said ahead of their meeting.

Worries are growing in Asia about an increasingly assertive China, particularly in light of its close ties to Russia, and tension has risen over self-ruled Taiwan, which China considers a renegade province.

North Korea will also be on the agenda, with Biden later on Monday scheduled to meet families of Japanese who were abducted years ago to train spies in North Korea.

But the centrepiece will be the US leader’s launch of the Indo-Pacific Economic Framework for Prosperity (IPEF), a programme to bind countries more closely through common standards in areas including supply-chain resilience, clean energy, infrastructure and digital trade.

The United States has lacked an economic pillar to its Indo-Pacific engagement since former President Donald Trump withdrew from a multinational Trans-Pacific trade agreement, leaving the field open to China to expand its influence.

But the IPEF is unlikely to include binding commitments, and Asian countries and trade experts have given a lukewarm response to a programme limited by Biden’s reluctance to risk American jobs by offering the increased market access the region craves.

Biden arrived in Japan late on Sunday from South Korea and will leave on Tuesday for the United States.

Former Prime Minister Shinzo Abe said on 27 February that Japan should break a long-standing taboo and hold an active debate on nuclear weapons – including a possible “nuclear-sharing” program similar to that of NATO – in the wake of Russia’s invasion of Ukraine.