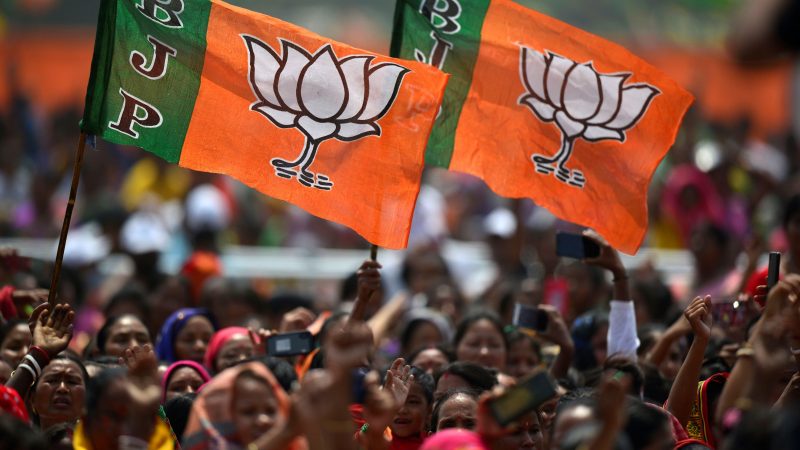 The European Union has been seeking a strategic partnership with India as a counterweight to the rise of China. A key reason offered for this partnership are the shared democratic values of the two powers.

The European Commission has been working on an infrastructure plan with India in an effort to counter the Belt and Road Initiative, China’s ambitious blueprint that has involved 138 countries so far. According to the Financial Times, the focus of the partnership is on connectivity, notably in the energy, digital and transport sectors. Last month, European Commission Vice President Margrethe Vestager said in an interview that the Commission is working with democratic partners like India to define common standards for 5G technology.

Nonetheless, the definition of India as ‘the world’s greatest democracy’ does not meet universal consensus. India has recently hit the headlines worldwide because of the dramatic escalation of the COVID crisis. Social media platforms removed posts criticising the government’s handling of the pandemic, at the Modi administration’s request.

‘Censorship on social media is just the tip of the iceberg’ Shakuntala Banaji, Professor at the London School of Economics and Political Science (LSE), told EURACTIV. ‘By some parameters, India has been less democratic than China since 2014. The Modi government has been dismantling democracy at every level,’ she added.

India has a Muslim population estimated over 200 million, making it the largest minority group in the country (14%). Since Narendra Modi became Prime Minister in 2014 as the leader of the Bharatiya Janata Party (BJP), there has been a stark rise in islamophobia in the country. Leaders and BJP activists have often been associated with violence against the Muslim community, frequently with the complicity of police authorities.

In 2019, Human Rights Watch denounced the growing violence against minorities, pointing to BJP incitement and the atmosphere of impunity for such attacks.

‘India should be classified as a far-right authoritarian regime. This is what India has become. To call it a democratic place is to be complicit, it’s to be a collaborator to what’s going on’ continued Banaji.

A recent study has shown how digital media networks have been a key driver of Hindu nationalism. According to Banaji, this is particularly worrying since ‘every single one of these technological developments and infrastructure has been controlled by very few operators that are totally allied with the regime.’

A study from the Observer Research Foundation illustrates how digital technologies have favoured the dissemination of misinformation and hate speech, leading to real-world violence against the Muslim minority. Banaji argues that the violence is purposely instigated by the BJP through thousands of ‘IT cells’ paid trolls to spread hateful disinformation.

The vigilante violence appears to be instigated and organized through messaging services like WhatsApp or social media networks. ‘They have weaponized every single aspect of the current infrastructure, including the Aadhaar code, the unique identification number. That data is supposed to give you access to social services, whereas actually what it is being used for is to spy on citizens, control their mobility and refuse them services.’ Banaji said.

Foreign Affairs has also warned about the growing surveillance capacity of the Indian state, which operates with no legal restrictions or even by ignoring existing legislation. The Indian authorities have also shut down internet and mobile networks in the Kashmir, even after it was ruled as illegal by the Supreme Court. In 2020, 70% of the internet shutdowns in the world occurred in India, according to the annual report of the NGO Access Now.

No country for journalists

Violence against minorities has proceeded in parallel with the repression of free speech and free press.

The COVID pandemic appears to have made things worse, as the government tried to control the narrative over its management of the health crisis. Criticism is being criminalised or censored, thanks to the Information Technology Act that gives the government greater control over online content and user data.

In October, the United Nations High Commissioner for Human Rights Michelle Bachelet criticised the restrictions on human rights NGOs and arrests of activists in India. In a recent speech to the European Parliament on EU-India relations, Ylva Johansson, European Commissioner for Home Affairs, stated that human rights and democratic values are to be at the centre of the relations with India.

‘Any investment in India’s digital infrastructure should build into the right to privacy, data protection, and freedom of expression’, Meenakshi Ganguly, South Asia Director for Human Rights Watch, told EURACTIV. Amnesty International has also urged EU leaders to address the crackdown on dissent, stating that the NGO’s account had been frozen because of their human rights work.

EURACTIV has asked the European Commission and the Portuguese Presidency of the EU Council if the EU will invest in India’s digital infrastructure even if this was going to be used to allow human rights violations. No reply has been received at the time of the publication. The Indian Embassy in Brussels was also contacted for comment, with no result.