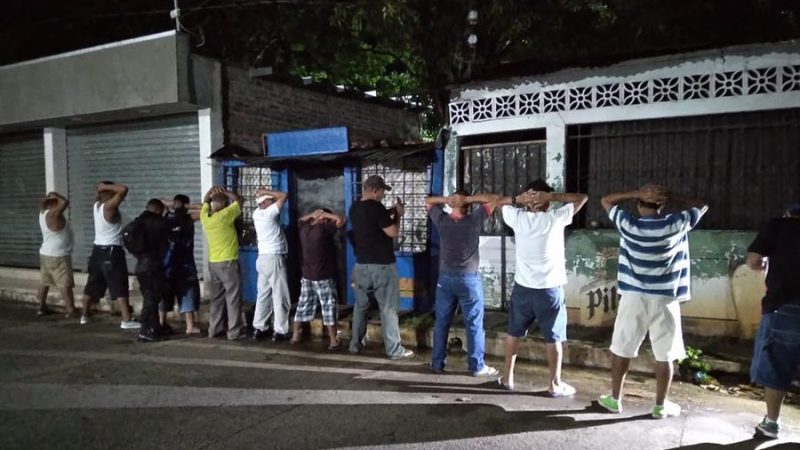 Criminal groups behind human trafficking and migrant smuggling have been hit hard in a 4-day operation coordinated by Interpol with 286 suspects arrested worldwide, the international criminal police organization announced on Tuesday (27 July).

Reportedly, law enforcement officials from 47 countries participated in Operation Liberterra (5 – 9 July), carrying out some 500,000 inspections at checkpoints and airports as well as at hotspots identified through intelligence and investigations.

According to a press release, authorities rescued some 430 human trafficking victims and identified 4,000 irregular migrants originating from 74 different countries. Many of them reportedly required medical, psychological and housing assistance and were taken into the care of protective services.

In addition, 60 new transnational investigations were carried out. As an example, on the first day of the operation, authorities in Tanzania arrested a Ugandan bus driver carrying a box of 169 forged passports from Kampala to Dar Es Salaam.

“Operation Liberterra is a five-day snapshot of the global trafficking and smuggling situation, and how multinational, highly organized criminal networks only focus on one thing: profit,” said INTERPOL Secretary General Jürgen Stock.

Operation Liberterra is a five-day snapshot of the global #humantrafficking and smuggling situation, and how multinational, highly organized criminal networks only focus on one thing – profit. https://t.co/DLrMHOPX46

Among the operational highlights involving EU and Western Balkan countries, six members of an organized crime group were reportedly arrested in North Macedonia. The leader had been working with associates in the Middle East to smuggle migrants from Afghanistan, Bangladesh, Pakistan and Syria to Greece. An organised crime group based in Spain which smuggled migrants by sea from Algeria to the Spanish coast was reportedly dismantled.

Croatia reported deadly traffic accidents when smugglers tried to evade road checks. Migrants in Slovenia were made to travel inside dog houses. In Greece, migrants reported paying as much as €2,000 each for a four-hour car journey across the country. The Tunisian coast guard rescued 69 migrants from 11 different African countries after receiving a distress call from their boat.

This joint operation was reportedly supported by a number of partners – the International Organization for Migration, United Nations Office on Drugs and Crime and Europol.