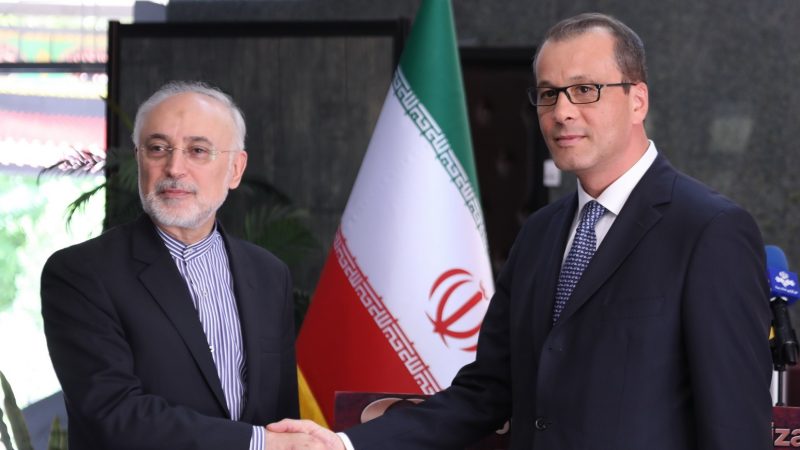 Iran’s atomic agency chief hit out Sunday (8 September) at European powers, saying their broken promises gave the Islamic republic little choice but to scale back its commitments under a nuclear deal.

Ali Akbar Salehi was speaking to reporters alongside Cornel Feruta, the acting head of the International Atomic Energy Agency who was on a one-day visit to Tehran.

The IAEA official’s visit came less than 24 hours after Iran said it was firing up advanced centrifuges that enrich uranium at a faster rate — the latest blow to the landmark 2015 nuclear deal.

It was the third step in a strategy Iran implemented in May, reducing its nuclear commitments in a bid to force the deal’s remaining parties to deliver on promises of relief from crippling US sanctions.

Britain, France and Germany have been trying to save the nuclear deal, which began unravelling last year when US President Donald Trump withdrew from it and began reimposing the punitive measures against Iran.

Trump’s administration has been warning of punitive measures on whoever would breach the US sanctions, including the EU allies. 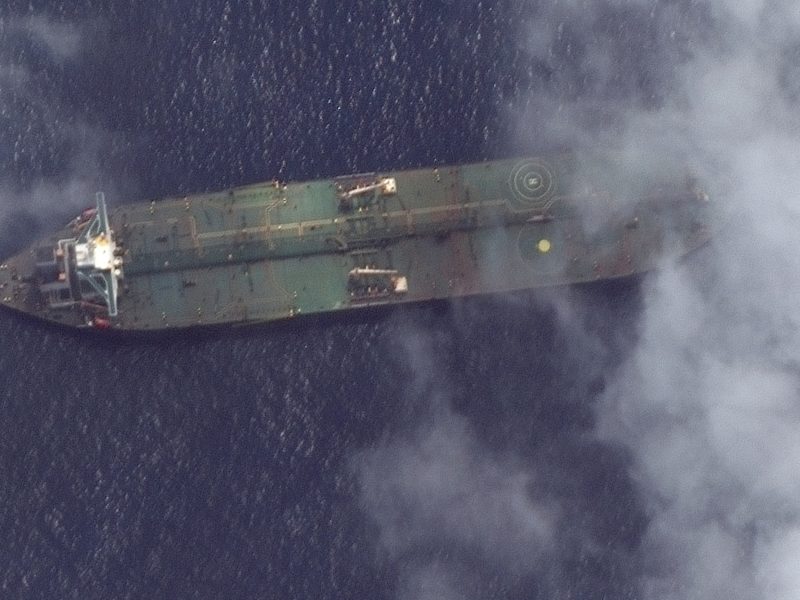 US will sanction whoever purchases Iran's oil, official says

The United States will continue to impose sanctions on whoever purchases Iran’s oil or conducts business with Iran’s Revolutionary Guards and no oil waivers will be re-issued, a US official said on Sunday (8 September).

“The European Union was supposed to be the replacement of the US but, unfortunately, they failed to act on their promises,” Salehi told reporters.

“We heard the EU spokesperson say they would be committed to the JCPOA as long as Iran is,” he said, referring to the deal by its formal name, the Joint Comprehensive Plan of Action.

The head of Iran’s Atomic Energy Organisation said the JCPOA was now just a “one-way street”.

“The street was supposed to be two-way. If it’s going to be one-way, the Islamic Republic of Iran will definitely make the right decisions at the right time like it has done with these three steps,” said Salehi.

During his visit, Feruta was informed about Iran’s “announced activities related to its centrifuge research and development”, according to a statement from the Vienna-based IAEA.

In a report on 30 August the IAEA said it was continuing to verify compliance through cameras and on-site inspections.

France, which has been leading the European efforts to rescue the nuclear deal, on Sunday urged Iran to halt its steps away from the accord.

“The channels for dialogue are still open, including today… (but) Iran must give up such actions,” said Foreign Minister Jean-Yves Le Drian.

The crumbling accord was meant to give Iran relief from sanctions in return for curbs on its nuclear programme.

The two leaders “spoke in favour of uniting the efforts of all interested parties in order to preserve the JCPOA and full compliance with it”, a Kremlin statement said.

The Elysée palace in Paris said Macron and Putin agreed “all concerned parties” should take “political decisions… to ease tensions”.

Iran has taken a series of retaliatory steps to reduce compliance with the deal since the US withdrawal in May 2018.

On 1 July it said it had increased its stockpile of enriched uranium to beyond the 300-kilogram limit set by the agreement.

A week later, the Islamic republic announced it had exceeded the deal’s uranium enrichment level of 3.67%.

On Saturday, Iran’s Atomic Energy Organisation said it had taken another step by starting up 20 IR-4 and 20 IR-6 advanced centrifuges.

Under the Joint Comprehensive Plan of Action, Iran was allowed to enrich uranium using only first generation — or IR-1 — centrifuges.

Despite the latest move, the agency said Iran would allow the IAEA to continue monitoring its nuclear facilities in accordance with the 2015 agreement.

The watchdog said he would report the findings from his visit to Iran to the agency’s board of governors when it convenes for a quarterly meeting in Vienna on Monday.