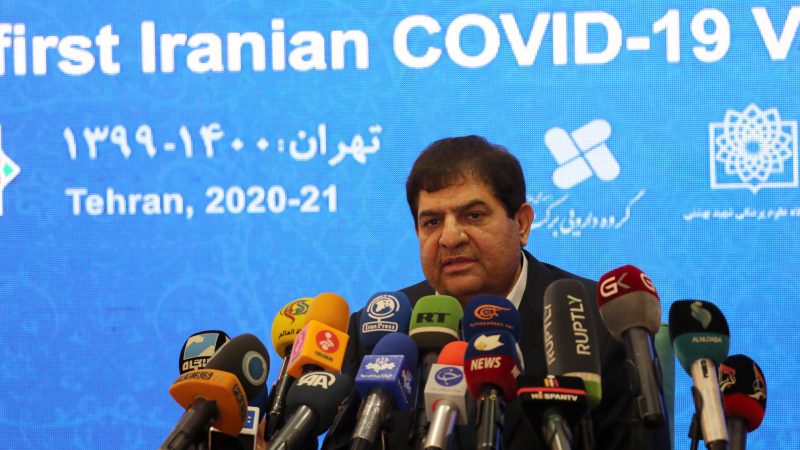 File photo. The head of the Execution of Imam Khomeini's Order (EIKO) Mohammad Mokhber speaks during a press conference to announce the launch of the second and third phases of the human trials of the locally made vaccine, in Tehran, Iran, 15 March 2021. [EPA-EFE/ABEDIN TAHERKENAREH]

Mohammad Mokhber, long rumoured by local media to be top pick for the position, has for years headed the foundation known as Setad, or the Execution of Imam Khomeini’s order, in reference to the Islamic republic’s founder Ruhollah Khomeini.

Mokhber was appointed to the position by the supreme leader Ayatollah Ali Khamenei in 2007, following a string of official positions at the southwestern province of Khuzestan.

The Setad was originally founded in the late 1980s to manage confiscated properties following the 1979 Islamic Revolution.

It has since turned into a sprawling conglomerate with stakes in various industries, including health, and its Barekat Foundation produced out Iran’s first local Covid-19 vaccine project.

The vaccine received emergency approval in June from health authorities in the Middle East’s worst-hit country.

The Setad and Mokhber were blacklisted by the US Treasury in January. Washington had said that Setad “has a stake in nearly every sector of the Iranian economy, including energy, telecommunications, and financial services.”

Raisi, who won a 18 June election marked by record abstention, takes over from moderate Hassan Rouhani.

On Thursday, Raisi took the oath of office before parliament, to which he must present a list of ministers within two weeks. 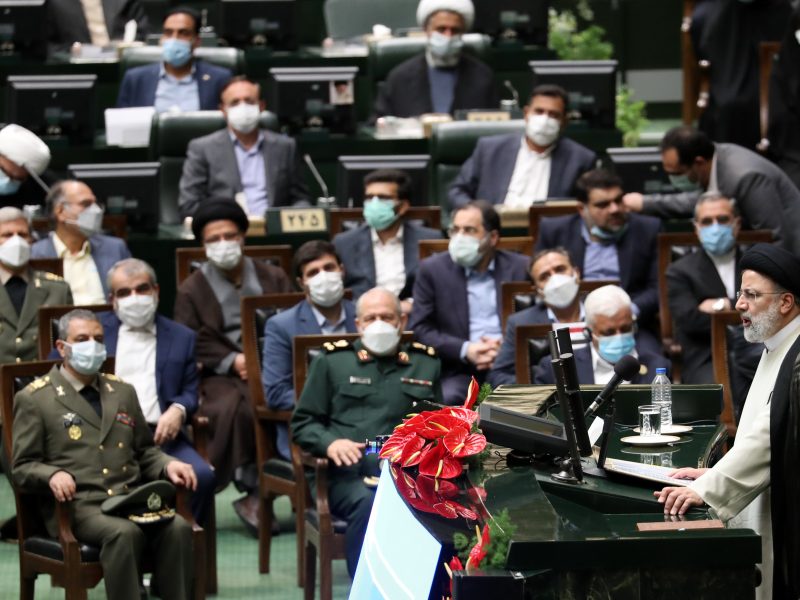 A former judiciary chief, Raisi has been criticised by the West for his human rights record and sanctioned by the US since 2019.

Raisi also picked Gholamhossein Esmaili, the judiciary’s spokesman during his tenure, as his chief of staff.

A former prosecutor, Esmaili is under sanctions by the European Union.

He was first blacklisted in 2011 as Iran’s prisons’ organisation chief over “serious human rights violations”.

Raisi’s presidency is due to consolidate power in the hands of conservatives following their 2020 parliamentary election victory, which was marked by the disqualification of thousands of reformist or moderate candidates.

He won the majority of conservative-dominated city council votes, but he cannot take over before resigning from the parliament, it said.

He succeeds Pirouz Hanachi, a veteran public servant with a background in urban development seen as close to the reformist camp.

Zakani has served in parliament between 2004 and 2016, and won a seat again last year.

A doctor in nuclear medicine, aged 55, he dropped out of the June presidential race in favour of Raisi.