President of Cyprus Nicos Anastasiadis (L) talks with Israeli Prime Minister Benjamin Netanyahu (R) during a meeting, in the sideline of the signing of the EastMed agreement in Athens, Greece, 2 January 2020. [Pantelis Saitas/EPA/EFE]

“Ashkenazi asked Christodoulides for Cyprus to act as a moderating voice in discourse with European countries,” an Israeli foreign ministry statement said.

Israel has said it intends to start implementing the plan from next month, triggering widespread concern, particularly in the European Union.

The Palestinians have rejected the plan and are trying to rally international opposition to it.

At Tuesday’s meeting, the statement said, Ashkenazi told Christodoulides that his country was committed to proceeding “in a responsible and coordinated manner with the various parties in the region.”

The Jewish state, he added, would do so “while maintaining Israel’s strategic and security interests based on President Trump’s peace plan”.

France, Germany, Belgium and Estonia last month urged Israel not to make “any unilateral decision that would lead to the annexation of any occupied Palestinian territory”. 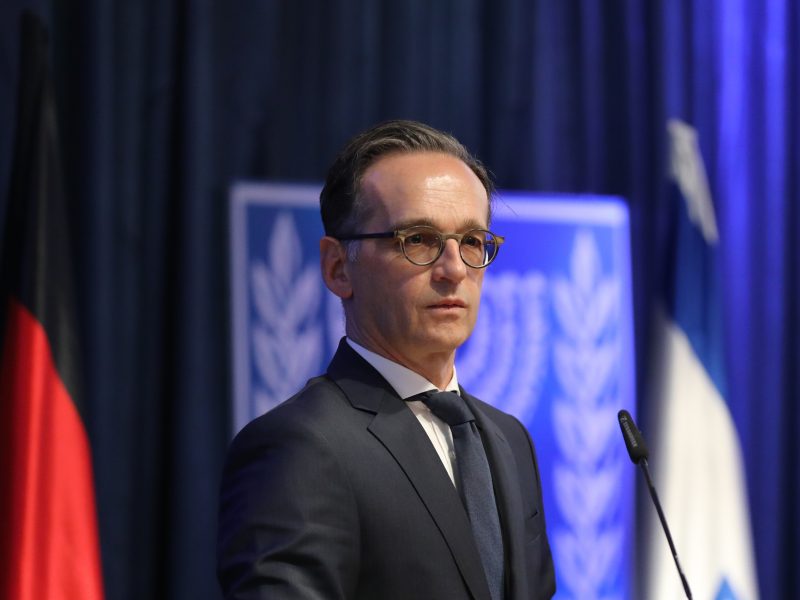 But EU states have not taken a united stand against the plan.

Israeli diplomats are working to shore up support in the 27-member union.

Israel last week welcomed a favourable European parliament vote on an aviation treaty and the overturning of a motion to delay ratification of the accord in protest at the proposed annexation.

It said that had been “made possible by ongoing and intensive diplomatic work” by Israeli ambassadors in Europe.