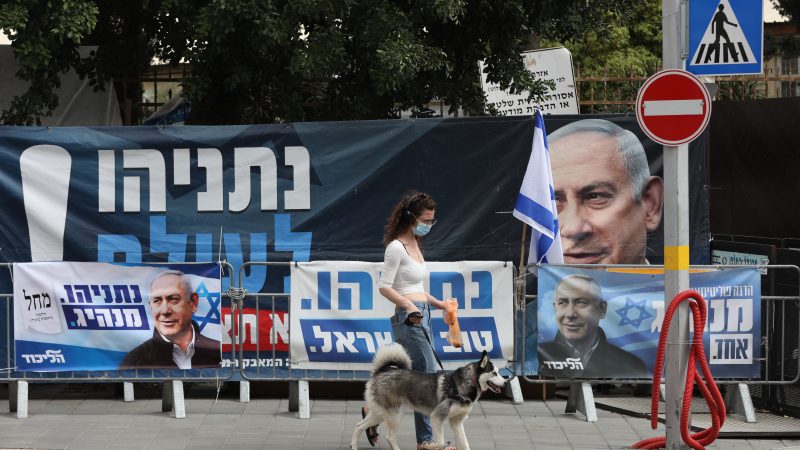 A women walks near posters supporting Israeli Prime Minister and leader of the Likud party Benjamin Netanyahu outside his residence in Jerusalem, Israel, 22 March 2021. [Abir Sultan/EPA/EFE]

Israelis began voting on Tuesday (23 March) on Prime Minister Benjamin Netanyahu’s political survival in a fourth election in two years, with the veteran leader hoping his role in a rapid COVID-19 vaccine campaign will win him another term.

Opinion polls show the race too close to call.

On trial on corruption charges he denies, Netanyahu, 71, is Israel’s longest-serving head of government. Since 2009, he has led the politically polarised nation where supporters hail him as “King Bibi” and opponents call him “crime minister”.

Opinion polls indicated an uptick for Netanyahu’s right-wing Likud party in the campaign’s final days, giving a prospective coalition of conservative and ultra-Orthodox Jewish parties around 60 seats in the 120-member parliament.

A possible, but more unlikely, alliance among right-wing, centrist and left-wing parties opposed to a Netanyahu-led government also fell short of a ruling majority in the legislature, but could also be within reach of power, the surveys showed.

Polling stations opened at 7 a.m. (0500 GMT) and will close at 10 p.m. (2000 GMT), when exit polls could point to voting trends, if not a clear winner. Yair Lapid, a former finance minister who heads the centrist Yesh Atid party, has emerged as Netanyahu’s main challenger.

No one party has ever gleaned enough votes for a parliamentary majority on its own in an Israeli election. Election night results may only be a starting point, with a final winner to be determined in backroom coalition talks.

Critics have accused Netanyahu of seeking new elections out of self-interest, in hopes of securing enough support in parliament for possible legislation to quash the legal proceedings against him.

Netanyahu has denied the allegation, or any personal involvement in prospective criminal immunity moves. But he has not ruled out the possibility that allies might pursue them.

On the campaign trail, Netanyahu has highlighted his role in securing millions of vaccine doses from Pfizer Inc and turning Israel into what he dubbed a “vaccination nation”.

About half of Israelis have been inoculated at a pace that drew international praise for Netanyahu as well as calls for Israel to do more to ensure Palestinians in the occupied West Bank and Gaza receive vaccines. 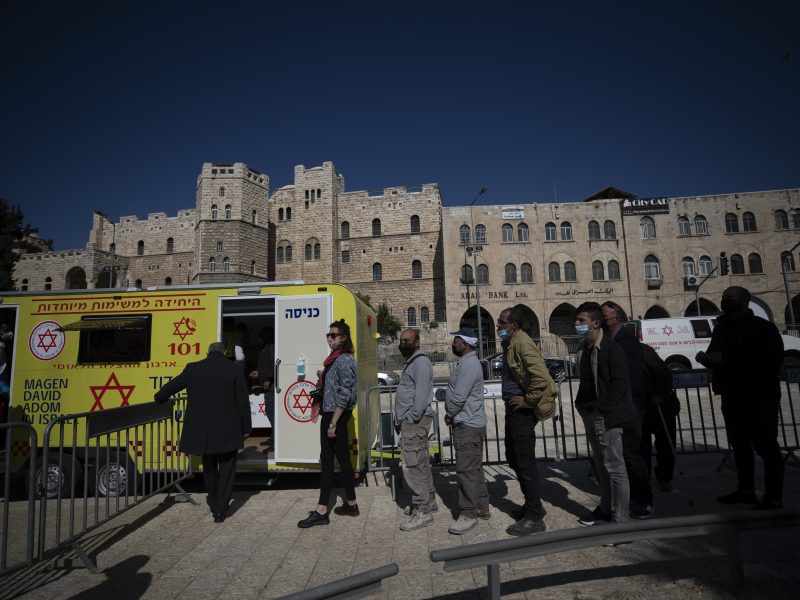 Israel’s swift vaccine roll-out allowed it to reopen much of its economy before the election. Posting a video on Twitter of his visit to a Jerusalem hospital on Monday, Netanyahu wrote: “Today we are the first in the world to return to life and smile again.”

Netanyahu’s current government, a power-sharing alliance with centrist Defence Minister Benny Gantz, collapsed in December, some seven months after it was established.

Gantz’s Blue and White party is forecast to win barely enough votes to get into parliament, after he angered many of his supporters by reneging on a promise not to serve under an indicted prime minister.