File photo. King Abdullah II of the Hashemite Kingdom of Jordan speaks during a joint press conference held after the Japan-Jordan Summit Meeting at the prime minister office in Tokyo, Japan, 27 November 2018. [Pool/EPA/EFE]

Jordan’s King Abdullah II cancelled a visit Monday (26 March) to Romania after its prime minister vowed to move her country’s embassy in Israel from Tel Aviv to Jerusalem, his office said.

The king “decided to cancel his visit to Romania which was due to begin on Monday in solidarity with Jerusalem” following the announcement by Prime Minister Viorica Dăncilă, a royal court statement said.

Dăncilă’s promise, made on Sunday at the annual conference of the pro-Israel lobby AIPAC in Washington, broke with the position of both the European Union and her own president. 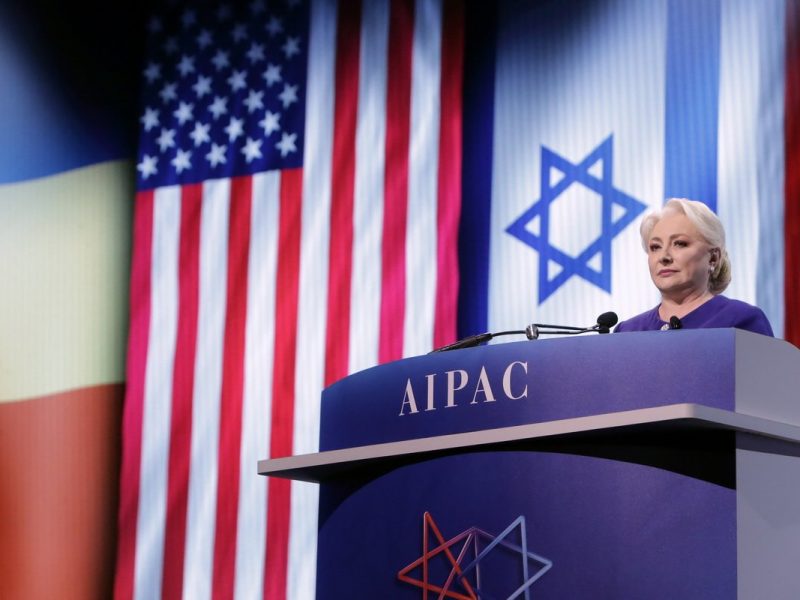 The Romanian prime minister promised Sunday (25 March) in Washington that her country would move its embassy in Israel from Tel Aviv to Jerusalem, breaking with both the European position and apparently with her own country’s president.

“I, as prime minister of Romania, and the government that I run, will move our embassy to Jerusalem,” said Dăncilă, whose country holds the EU’s rotating chairmanship.

Romania’s centrist President Klaus Iohannis, who has opposed the embassy transfer as a breach of international law, criticized Dăncilă.

“Because of the amateurism of the prime minister our relation with this region is damaged”, Iohannis said Monday during a meeting with mayors from across Romania.

“Romania built a relation based on trust with the Arab world… Now the prime minister has managed to cripple it. And for what? For nothing”, Iohannis said, adding that King Abdullah took Dăncilă’s decision as a “personal affront”.

Asked by EURACTIV to comment on Monday, European Commission spokesperson Maja Kocijancic hinted that decision-making in Romania could not circumvent the President.

The move would align Romania with the United States which moved its embassy from Tel Aviv to Jerusalem last year, sparking international criticism and Palestinian and Arab anger.

International consensus holds that the status of Jerusalem — one of the thorniest issues of the Israeli-Palestinian conflict — must first be decided through negotiations between the two sides.

King Abdullah, whose country is the custodian of Islamic holy sites in Jerusalem, has repeatedly said that the question of Jerusalem is key to achieving peace between Israel and the Palestinians.

The only way to do that, he has said, is by creating a Palestinian state in the disputed holy city alongside Israel.

Last week he called Jerusalem a “red line” for Jordan, while the kingdom’s parliament recommended that the government expel Israel’s ambassador in response to “Israeli aggression” at holy sites in the city.

Jordan is the only Arab country apart from Egypt to have a peace deal with Israel. But the treaty is overwhelmingly opposed by Jordanians, more than half of whom are of Palestinian origin.

Israel sees the entire city of Jerusalem as its capital while the Palestinians consider the eastern sector annexed by Israel as the capital of their future state.