Merkel and Erdoğan in his palace, 18 October, 2015. [Turkish President]

Jean-Paul Marthoz of the Europe office of the Committee to Protect Journalists(CPJ), Mehmet Koksal of the European Federation of Journalists and Johann Bihr, of Reporters Sans Frontières, spoke on Tuesday at the Brussels Press Club.

Marthoz said the EU “panicked” as it became aware of the role of Turkey, faced with the challenges it is confronted with, specifically the refugee crisis, and the growing reach of Daesh, illustrated by the Paris attacks.

“These challenges, and their capacity to wreck the EU, cannot be dismissed. But the EU’s panic should not lead to complacency towards Turkey’s commitments as a candidate country,” he said.

Marthoz stated that the EU’s rush to please Ankara has been accompanied by a number of “worrying declarations empty of consideration about the human rights situation”.

He mentioned a statement by Commission President Jean-Claude Juncker from late October, which he qualified as “ill-considered and wrong”. He quoted Juncker saying “We know that there are shortcomings [in Turkey], but we want to ensure that no more refugees enter the EU,” as a bad example of the EU’s complacency toward an ever more authoritarian Turkey.

Marthoz also slammed the delayed publication of the Commission’s progress reports on the candidate countries, including Turkey, for after the Turkish elections. He also criticised the lack of reference to human rights in the post-EU-Turkey summit Joint Declaration, the placing of a sentence referring to human rights at the bottom of Donald Tusk’s statement after that summit, as well as his effusive accolade with the Turkish Prime Minister Ahmed Davuto?lu. 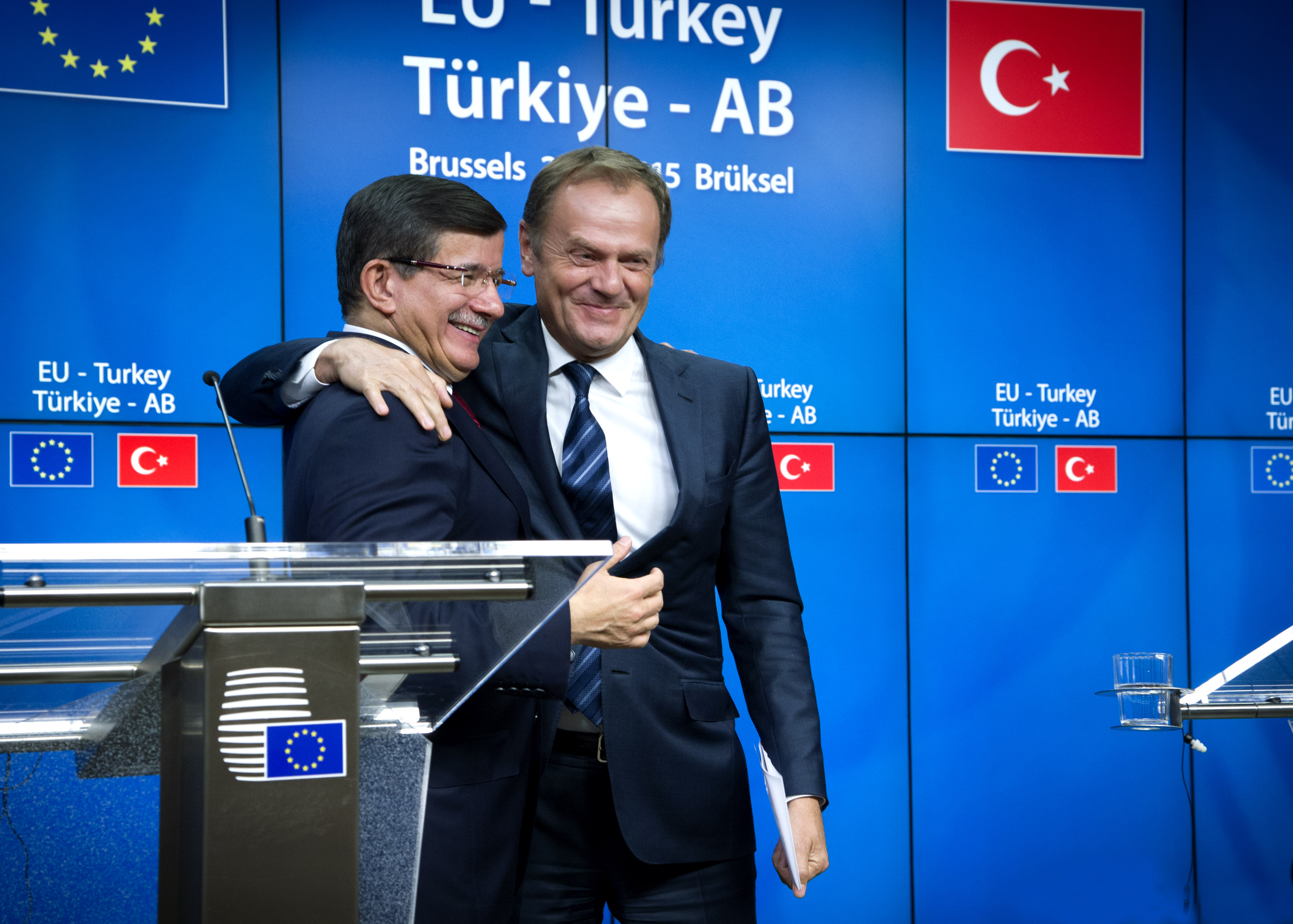 According to Marthoz, all this has left “a bitter taste” which bodes poorly for the future of EU-Turkey relations.

The “EU gives the impression that its silence can be bought in exchange of Turkey stemming the flow of refugees – this is hardly the best PR exercise for a credible EU,” Marthoz said.

Such attitude betrays those Turks who have courageously stood up to the authoritarian plans of the government. “Don’t contribute to the death of the Turkish press,” he appealed.

To avoid accusation that his organisation is biased, he referred to data from the Council of Europe, and more specifically to the new Platform to promote the protection of journalism and safety of journalists. This platform collects “alerts” on various attacks and attempts to silence journalists, which clearly show that in 2015, Turkey tops the list, with the highest number compared to any other country member of the Council of Europe.

But Koksal added that media violations took place every day, and that it was impossible to report all of them. What is reported on the platform is only the tip of the iceberg, violations which have been fact-checked, he explained.

Turkish President Recep Tayyip Erdo?an’s website is becoming the major source of information for Turkish readers, Koksal said further, explaining that around 80% of the media in the country are now controlled by the ruling AK Party, and provide lip service to the regime.

Koskal took as an example the reporting on German Chancellor Angela Merkel’s visit on 18 October, when Turkey had no government, and was preparing for the 1 November election, as an example how Erdo?an was conveying the message that he holds the EU in the palm of his hand.

“Was it so urgent for Merkel to be there at that time? What was the very specific message that could not have been delayed for after the elections?” Koksal asked.

“This is why we at EFJ and other press freedom defenders are very disappointed by the play the EU leaders have done in dealing with Turkey, and specifically influencing the election,” he said.

Johann Bihr said that Turkey ranks 149th out of 180 countries surveyed by the Press Freedom Index. “It is among a batch of dictators, the worst of the world,” he commented, adding that this was certainly not the place for an aspiring EU member to be.

Bihr gave a number of examples of “weird accusations” against journalists and “terribly disproportionate” actions against media. The detention of the editor-in-chief of Cumhuriyet, Can Dündar, and the newspaper’s Ankara correspondent, Erdem Gül, is an indication of the scale of the repression, he said.

He also mentioned the crackdown on the Koza-Ipek media group last October.

Bihr said the police took over two TV stations and two of the media group’s dailies, cut off the channels, and stopped the printing of the newspapers. The following day, after firing 70 journalists and replacing the owners of the group, the authorities re-launched the papers with a pro-governmental line, “with Erdo?an and Davuto?lu at the front page every day”.

He also said that after the election, on 2 November, two journalists were thrown in jail just because of the cover of their magazine, because a title suggested that the elections brought Turkey closer to civil war. The journalists were accused of calling for an uprising against the government.

Another case citedis that of two Kurdish journalists who were recently arrested and sent to jail for a Facebook post posted two years ago, which was deemed terrorist propaganda.

Bihr exposed the abuse of the anti-terror law in Turkey, as well as the administrative blocking of internet without a court decision, a practice which he said very widely used. Last July, when fight resumed between the Turkish army and PKK rebels, about 60 Kurdish websites were immediately blocked, he said.

According to CPJ, there are 14 journalists behind bars in Turkey. Reporters Sans Frontières put this number at 40. The difference comes from the reasons for imprisonment, with 14 being behind bars for their reporting.

“You are not a member of PKK, but you wrote an article about them, so you are doing propaganda for them. This is why we put the journalist in jail,” said Bihr, explaining the reasoning of the authorities.

Another issue is that journalists can stay in jail for several years without knowing their indictment, because Turkish law says the secret of the investigation should be protected. He cited a case of a Turkish female journalist who waited five years to know the accusations against her, in pre-trial detention. Then she waited three more years to be released pending trial – a total of eight years behind bars ahead of trial.

Despite the oppression, many journalists keep doing their job in Turkey, which Bihr said was “quite astonishing and deserves to be hailed”.

“These journalists are waiting for support, including from the EU. And they don’t understand what the EU is currently doing about press freedom,” Bihr commented.

He further argued that by closing its eyes to Turkey’s growing authoritarianism, the EU was sending very bad signals to the entire region.

“When you suppress dissident voices, when you reduce the space of democratic debate, you are only inflaming fire in such a dangerous environment in which Turkey unfortunately is. The tension policy followed by Erdo?an really needs to stop urgently, because its consequences may be dire and the EU should take them into consideration. It’s not only about press freedom, it’s about the stability of the country and the region,” Bihr concluded.

0 responses to “Journalists criticise the EU’s rapprochement with Turkey”