The man tipped to be Trump’s ambassador to the EU said the bloc could collapse in the next 18 months.

Professor Ted Malloch told the BBC yesterday (25 January) he would “short the euro” – taking a market position that bets on the value of the currency falling.

“I think it is a currency that is not only in demise but has a real problem and could in fact collapse in the coming year, year and a half,” Malloch said. He added that he was not the only person or economist who held that point of view.

Malloch also said Britain could agree to a “mutually beneficial” free trade deal with America in as little as 90 days.

An economist and former deputy executive secretary to the United Nations in Geneva, Malloch added that any attempt by the EU to block the United Kingdom beginning negotiations with the US would be “absurd” and like a husband “trying to stop his wife having an affair”.

Theresa May will be the first foreign leader to meet Trump when she arrives in Washington at the end of the week.

Just like Trump, Malloch is a supporter of Brexit. But doomsday predictions don’t appear to be a monopoly of the Eurosceptics.

Firstly, EU Tax Commissioner Pierre Moscovici warned today (26 January) that the British economy will pay higher costs this year and next for the uncertainty created by the vote to leave the EU.

“The uncertainty will have a more tangible effect on the British economy in 2017 and 2018,” Pierre Moscovici told a conference in Brussels, after having recognised that Britain did better than expected in the immediate aftermath of the Brexit vote last year.

Britain’s government on Thursday (26 January) published a draft law that would authorise Prime Minister Theresa May to begin the procedure for leaving the European Union in an important milestone towards Brexit.

Then, German Minister for Economic Affairs Sigmar Gabriel, the most senior Social Democrat in Angela Merkel’s government, also warned today that the EU could fall apart if populists in France and the Netherlands win national elections later this year.

“The French presidential elections this spring are bitter fateful elections for Europe,” Gabriel told the Bundestag lower house of parliament, as quoted by Reuters.

He added: “After Brexit last year if enemies of Europe manage again in the Netherlands or in France to get results then we face the threat that the largest civilisation project of the 20th century, namely the European Union, could fall apart.”

On 15 March, some 12.6 million Dutch voters will be eligible to cast ballots to usher in a new parliament, prime minister and government.

It will be the first in a string of elections held against a backdrop of growing anti-EU sentiment and fears over Europe’s largest wave of immigration since World War II, which have emboldened far-right parties.

The anti-Islam Freedom Party (PVV) of Dutch MP Geert Wilders is riding high in the polls, with the latest figures showing it may grab the lion’s share in the 150-seat lower house, harnessing between 31-37 members of parliament.

Spanish Prime Minister Mariano Rajoy even went as far as to tell Spanish radio today that a Le Pen or Alternative für Deutschland election victory would be a total disaster for Europe.

“I don’t even want to think about it, that would be a disaster, it would simply mean the destruction of Europe,” Rajoy said.

Asked to comment on Malloch’s statements, Margaritis Schinas, the European Commission chief spokesperson, made use of an old Juncker quote to describe the state of mind of EU officials, faced with over-pessimistic forecasts.

Speaking to students at the College of Europe in Bruges last November, Juncker, whom Shinas described as one of the “historic” figures of EU integration, reportedly said: “I want you to know one thing: the project of European integration has been vindicated by history.”

In his Bruges speech, Juncker said that faced with the economic crisis, which he said was imported from the US, the Union would have been the victim of “sudden death” without the common currency. “Sometimes you do not see it, but by revisiting the history of the continent, one realises that whenever Europe was in danger, the Europeans were able to find a cure by slowing down the pace.

“In Europe, it takes a lot of patience, and with the same determination. There is an ardent obligation in Europe to be patient and determined. It is necessary to have the patience and determination needed for great ambitions and long journeys,” Juncker said.

In another speech, in May 2015, Juncker stated that if Greece left the single currency area, the “Anglo-Saxon world” would try to break it up. 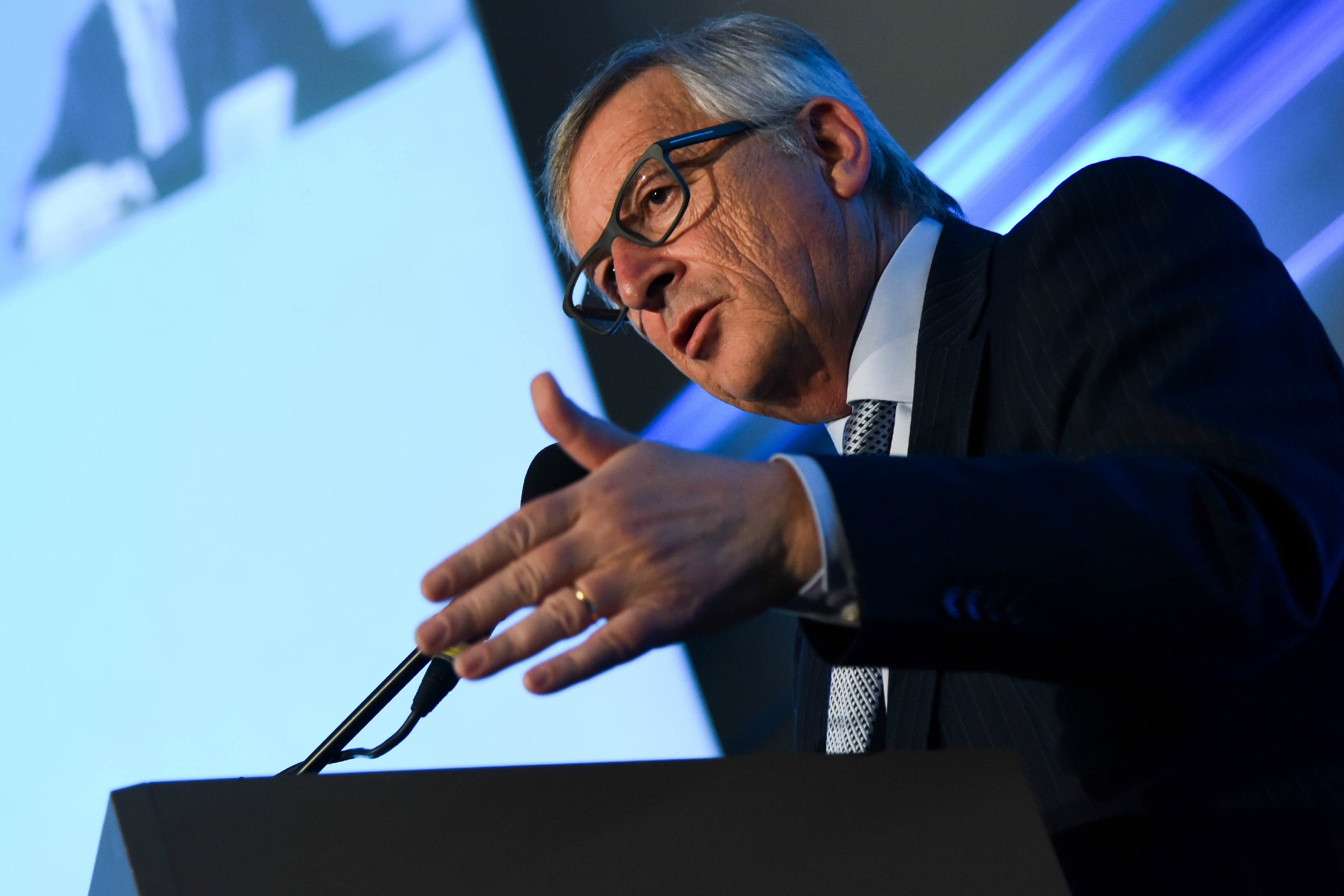 Juncker: If Greece leaves, Anglo-Saxons will try to break up eurozone

Commission President Jean Claude Juncker said that if Greece left the single currency area, the “Anglo-Saxon world” would try everything to break it up.