Juncker to meet Trump in Washington on 25 July

European Commission President Jean-Claude Juncker will meet with US President Donald Trump at the White House on 25 July in an attempt to repair the strained relations between the transatlantic allies.

Trump and Juncker “will focus on improving transatlantic trade and forging a stronger economic partnership,” the Commission said in a statement.

They will also discuss foreign and security issues, counterterrorism and energy security.

Juncker will spend less than 24 hours in Washington, as he will arrive on the eve of the meeting and is expected to leave on that Wednesday, EU sources told Euractiv.

Neither leader is expected to hold a press conference and report to journalists on the outcome of the meeting.

Instead, they will only briefly address journalists, as it happened during the recent visit by Dutch prime minister, Mark Rutte.

On that occasion, the Dutch politician interrupted Trump’s remarks in order to insist on finding a solution to the trade dispute.

EU sources said that Juncker also intends to be firm in defending the “honour” of the EU.

But expectations are low about what results the meeting could bring.

Pushed by Germany, the EU is considering offering Trump a light trade deal that could help to cut down tariffs on products including cars, one of his primary obsessions.

Berlin hopes that such an offer could help to avoid Trump’s tariffs on cars.

The EU is also willing to speed up the modernisation of the World Trade Organisation and improve its capacity to address unfair practices, one of US Administration’s longstanding demands.

The meeting will take place amid the worst period in seven decades of the transatlantic partnership.

Trump said in an interview last week that its number one “enemy” was the EU because of the trade relations.

Days before that interview was aired, European Council President Donald Tusk told Trump to appreciate his allies because “you don’t have that many.”

Since Trump took office, the disagreements between the two sides kept mounting. Europe and the US Administration clashed over the Paris Agreement, the Iran nuclear deal, trade and military spending.

Trump’s interference in the EU’s handling of Brexit and migration also sparked criticism in the bloc. 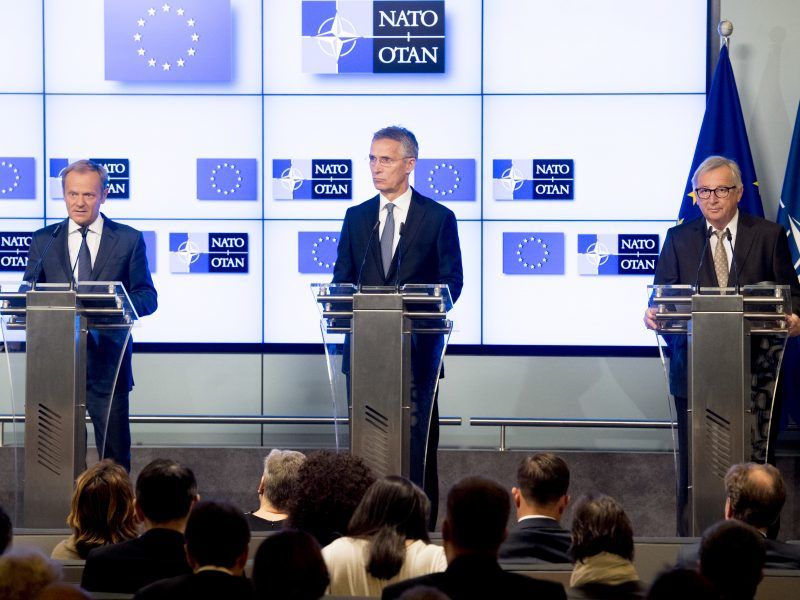