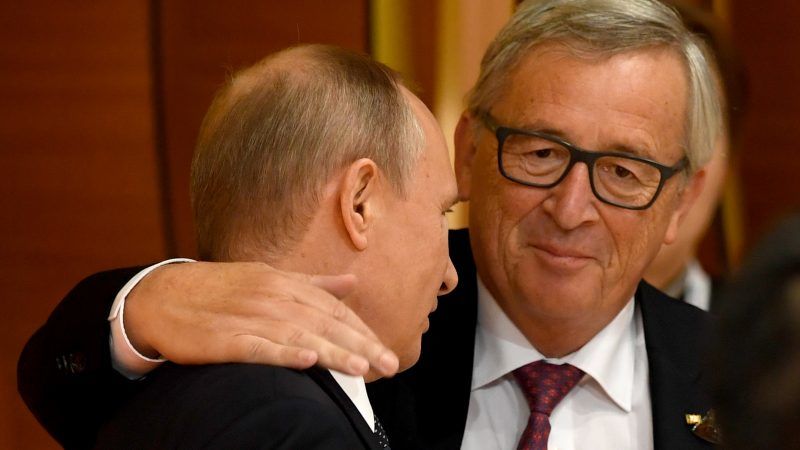 Juncker wrote to Putin, returned for another six years in power on Sunday with a record vote share, pledging to “always be a partner” in improving security cooperation with the Kremlin.

Russia is currently under a punishing regime of sanctions for its annexation of Crimea from Ukraine and is accused of running a sustained campaign of disinformation and cyber-attacks against several EU members.

“I have always argued that positive relations between the European Union and Russian Federation are crucial to security of our continent,” Juncker said in the letter, which he shared on Twitter. 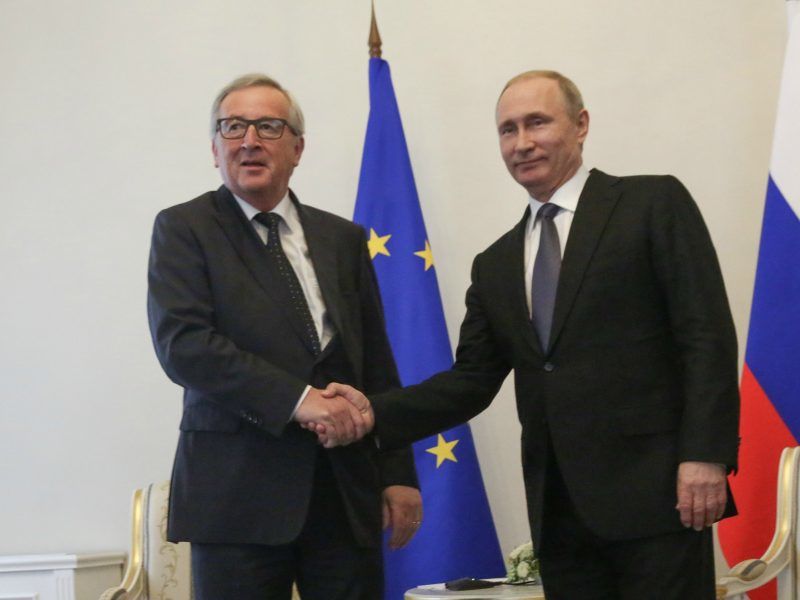 “Our common objective should be to re-establish a cooperative pan-European security order.”

Juncker added: “I hope that you will use your fourth term in office to pursue this goal. I will always be a partner in this endeavour.”

Juncker’s letter came just a day after EU foreign ministers offered Britain “unqualified solidarity” in a dispute with Russia and despite the EU’s own diplomatic service voicing concern about “violations and shortcomings” in the election.

British Prime Minister Theresa May said her government believes that Moscow was behind the 4 March poisoning of former double agent Sergei Skripal in the English city of Salisbury using a Soviet-designed nerve agent.

The head of May’s Conservative Party group in the European Parliament said that with his letter Juncker was effectively “appeasing a man who poses a clear threat to western security”.

“This is a disgraceful letter from Jean-Claude Juncker,” MEP Ashley Fox said in a statement.

“His failure to mention Russia’s responsibility for a military nerve agent attack on innocent people in my constituency is nauseating.”

"This is a disgraceful letter from @JunckerEU. The European Commission President is appeasing a man who poses a clear threat to western security," says @Ashleyfoxmep. Read his full response here ➡️ https://t.co/h2r9NDzy5z pic.twitter.com/XypNwnB8V2

The European Parliament’s Brexit coordinator Guy Verhofstadt joined the criticism, saying on Twitter “this is no time for congratulations”.

The former Belgian premier insisted that ties with Russia “must be conditional on respect for the rules based international order”.

This is no time for congratulations. We will always need dialogue with Russia, but closer ties must be conditional on respect for the rules based international order & fundamental values https://t.co/iVfhLB6TrL

“President Tusk has not sent such a letter and I would not be surprised if he doesn’t send it at all,” the official added.

May will brief fellow EU leaders on the Salisbury investigation at a summit in Brussels starting on Thursday, where they are to issue a joint statement pledging to “coordinate on the consequences” for Russia.

The 28 leaders will wait to see what answers Moscow provides on the nerve agent attack on Skripal and his daughter, according to a draft text seen by AFP.

A senior EU official said leaders would debate “attribution of the attack” and see if there was “room for improvement” in the wording of the statement.

“Until now, nobody is talking about additional sanctions,” the source said,

EU sources say some states, including Greece, have been reluctant to put pressure on Moscow over the incident.

The Kremlin has denied London’s charge over the poisoning — the first offensive use of a nerve agent in Europe since World War II — demanding London either come up with proof of Russia’s involvement or apologise.

The EU has been increasingly concerned with a more assertive Russia in the past few years, especially after Moscow annexed Ukraine in 2014, triggering the first in a series of European sanctions.