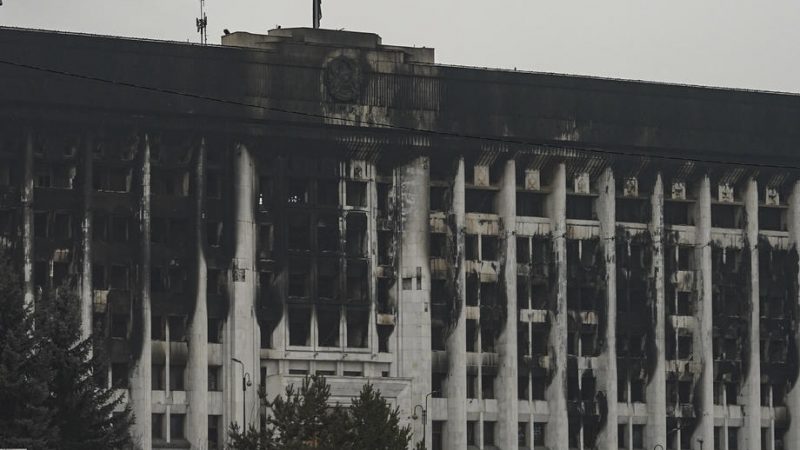 A general view of the burned and looted city hall of Almaty in the aftermath of riots in downtown of Almaty, Kazakhstan, 11 January 2022. [Stringer/EPA/EFE]

Kazakhstan President Kassym-Jomart Tokayev Saturday (29 January) rejected calls for an international probe into a bloody crisis in the ex-Soviet country and said he had no plans to change the constitution to extend his rule.

Over 200 people were killed, and thousands injured earlier this month in violence that began with anti-government protests and prompted the country to call in Russia-led troops.

Tokayev and other Kazakh officials have blamed the clashes that sent Central Asia’s most prosperous country into turmoil on bandits and terrorists with foreign connections while providing little proof to back up the theory.

In his first televised interview since the crisis began, Tokayev reiterated that Kazakhstan had been under attack from militants and said the state would be able to probe the events without foreign help.

“As concerns an international investigation into the events in Kazakhstan, I don’t see the need for such an investigation. We have our own people that are honest, objective,” Tokayev said in the interview shown by the state broadcaster Khabar.

International rights organisations and the European Parliament are among those that have pushed for an international investigation into the violence that erupted following peaceful protests that initially targeted a fuel price hike in the west of the country before extending to other political demands. 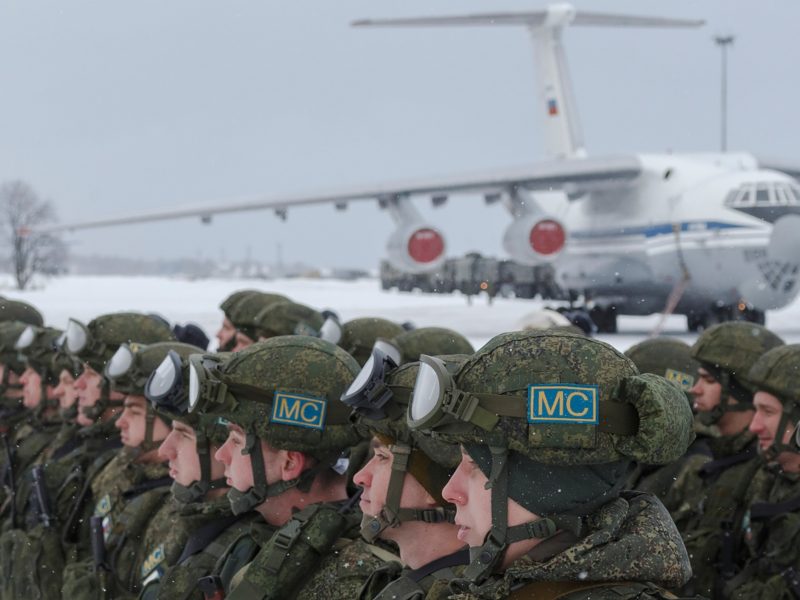 After the protests, what debt will Kazakhstan’s leaders owe Russia?

What seems obvious after the recent protests is that Kazakhstan might become even more reliant on Russia, demonstrating a diminished ability to balance the influence of Washington and Moscow, writes Aigerim Toleukhanova.

Tokayev also used the interview to claim that he had no plans to emulate his predecessor Nursultan Nazarbayev, 81, who served as head of state for close to three decades before easing protege Tokayev into the presidential hot seat in 2019.

“I do not know how long I will be the President of Kazakhstan, but I absolutely know that, in accordance with the Constitution, no more than two terms. There will be no alteration of laws, and moreover of the Constitution.”

Kazakhstan’s lethal instability has badly damaged a reputation for stability projected by the authoritarian leadership.

It also spotlighted an apparent struggle for power at the top of the government, with a former national security chief close to Nazarbayev, announced arrested on coup-plotting charges in the days after clashes and looting roiled the largest city Almaty and several other major cities.

Tokayev signalled the end of the Nazarbayev era during a speech earlier this month when he criticised his mentor for presiding over damaging wealth inequality.

But on Friday, when he accepted the chairmanship of the ruling party Nur Otan from Nazarbayev, Tokayev softened his previous criticism of the strongman widely viewed as Kazakhstan’s decider before the crisis.

“The first president did a lot to turn our country into a strong state,” he said at Nur Otan’s online congress, where Nazarbayev was present.

Nazarbayev retains the constitutional status of Leader of the Nation, which currently offers him immunity from prosecution and some policymaking privileges.

The European Parliament overwhelmingly adopted a resolution demanding “a proper international investigation into the crimes committed against the people of Kazakhstan” during the violence.

Several people detained during the crisis have claimed following their release that police tortured them in detention.

Other citizens have accused soldiers of firing on civilian cars during the state of emergency that ended last week.

Kazakhstan’s state prosecutor said over 450 people in detention are being investigated for terrorism and crimes linked to mass disturbances.

A contingent of over 2,000 troops from the Russia-led Collective Security Treaty Organisation began arriving in the country on January 6 and completed its withdrawal some two weeks later after the situation stabilised. 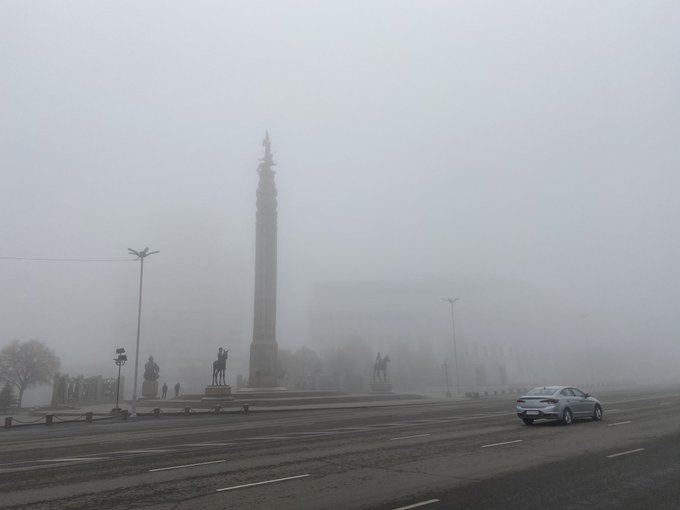 Security forces blocked several downtown streets and cordoned off one of the squares in Kazakhstan’s biggest city Almaty on Wednesday (19 January) as an opposition group planned to stage protests, a Reuters correspondent reported from the scene.