Kremlin critic Navalny says he may have been poisoned 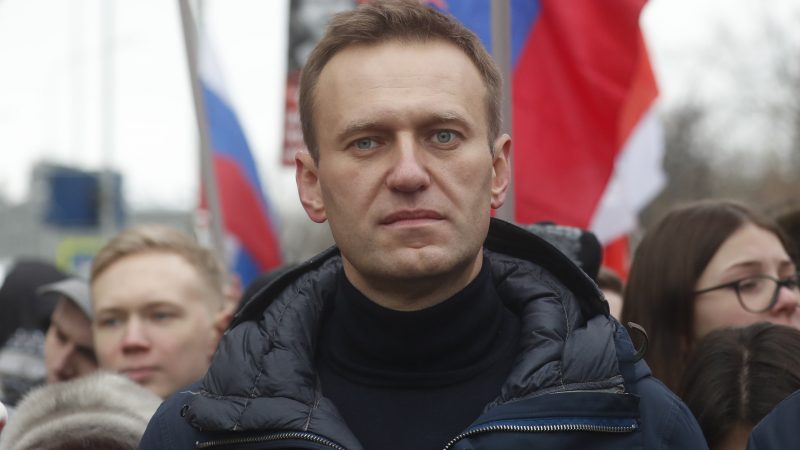 Russian opposition leader Alexei Navalny, who was discharged on Monday (29 July) from a hospital where he was treated for symptoms of an acute allergy, said he may have been poisoned, a suspicion shared by his lawyer and personal doctor.

Navalny, 43, was rushed to hospital from jail on Sunday with what his spokeswoman said was “severe swelling of the face and skin redness”.

Supporters suspect Navalny, a fierce Kremlin critic, is being targeted as part of one of the biggest crackdowns in recent years against the opposition, who are demanding that their candidates be allowed to run in local elections in Moscow later this year.

Navalny was jailed after urging people to take part in a Moscow demonstration over the issue on Saturday. That rally ended with the police detaining more than 1,000 people for what they said was an illegal event.

Some Navalny allies remain in custody and others were sentenced on Monday to jail terms of up to 30 days.

The Moscow hospital treating him said on Monday it sent him back to his prison cell after his condition improved. It said it could not disclose what it believed had been behind his sudden illness due to patient confidentiality.

One of the doctors who treated him, Elena Sibikina, told reporters that the idea that the anti-corruption campaigner had been poisoned had “not been proven”. She said his life was not in danger.

But Navalny took to social media to say he believed Russian officials were stupid enough to try to poison him in the prison where he is serving a 30-day sentence for violating protest laws.

“Are they really such idiots to poison you in a place where suspicions point only at them?” Navalny wrote.

“It’s a good question. For now I can say one thing with certainty: the people in power in Russia are really quite stupid guys. It seems to you that in their actions you need to look for secret meaning or a rational purpose. But in fact they are just stupid, malicious and obsessed with money.”

Posting a picture of himself with a puffy face unable to open either eye, he pointed to what he said was the previous poisoning of two other opposition activists and said his own eyes had swollen up to the size of ping pong balls.

“He was really poisoned by some unknown chemical substance,” his lawyer, Olga Mikhailova, told reporters. “But what the substance was has not been established.”

His personal doctor, Anastasia Vasilyeva, said she suspected poisoning, and had taken samples of his hair and a T-shirt to be tested at an independent laboratory to prove it. She said she also wanted CCTV footage of his cell to be examined.

His doctor, Vasilyeva, said he had had a severe rash on his upper body, skin lesions and discharge from his eye which she described as a reaction to an unknown chemical substance.

She dismissed the idea that he may have had a chance allergic reaction to something he’d unwittingly come in contact with, like washing powder.

“How can you unintentionally poison someone?” she said, adding it had probably been done to scare him.

Navalny, who said he’d been diagnosed with allergic dermatitis, suffered a chemical burn to his right eye in 2017 as a result of an assault. Doctors were able to restore his sight.

The Kremlin has not commented on the incident.