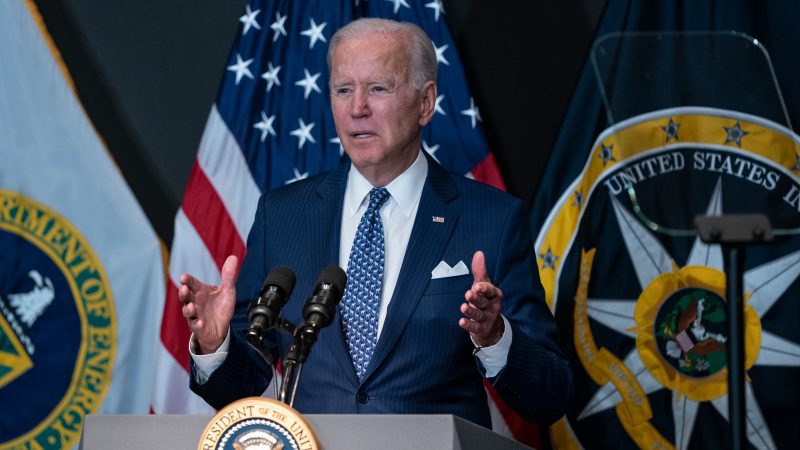 The Kremlin said on Wednesday (28 July) that US President Joe Biden’s assessment of Russia as only having nuclear weapons and oil was wide of the mark and betrayed a lack of knowledge about the country.

Biden made the remark on Tuesday during a speech in which he warned that if the United States ended up in a “real shooting war” with a “major power” it could be the result of a significant cyber attack on the country, highlighting what Washington sees as growing threats posed by Russia and China.

Biden boasted that the US intelligence services were superior to their Russian counterparts and said Putin had “a real problem.”

“… He’s sitting on top of an economy that has nuclear weapons and oil wells and nothing else. Nothing else. Their economy is, what?, the eighth smallest in the world now, largest in the world? He knows he’s in real trouble, which makes him even more dangerous, in my view,” said Biden.

Kremlin spokesman Dmitry Peskov said it looked as though Biden, who gave the speech while visiting the Office of the Director of National Intelligence (ODNI), had tailored his message for his country’s intelligence community and wanted to make an impression.

Peskov said the United States was an opponent of Russia even though efforts to normalise ties were underway. Senior US and Russian officials began talks on Wednesday on strategic nuclear stability.