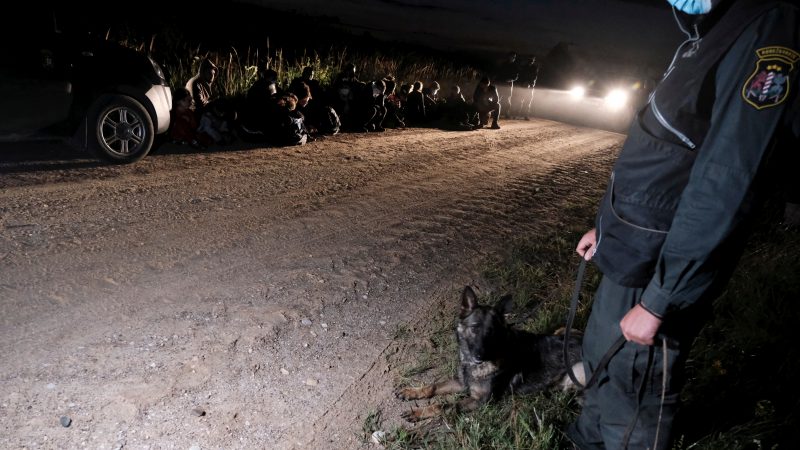 Group of illegal migrants detained in Vorzova, Latvia, 11 August 2021. Latvian government declares a state of emergency on the border with Belarus from 11 August till 10 November 2021. [EPA-EFE/VALDA KALNINA]

Latvian border guards turned back dozens of migrants into Belarus overnight under a new state of emergency designed to stem a flow of arrivals the European Union says is orchestrated by Minsk.

At daybreak on Wednesday (11 August) some 30 migrants – including women and toddlers – started a camp fire to warm up after a night of walking through fields in northern Belarus to the frontier.

The pushback, witnessed by Reuters, occurred just hours after Latvia declared an emergency to prevent illegal migrants, mostly from the Middle East, Africa and Asia, from crossing into the EU state from Belarus. 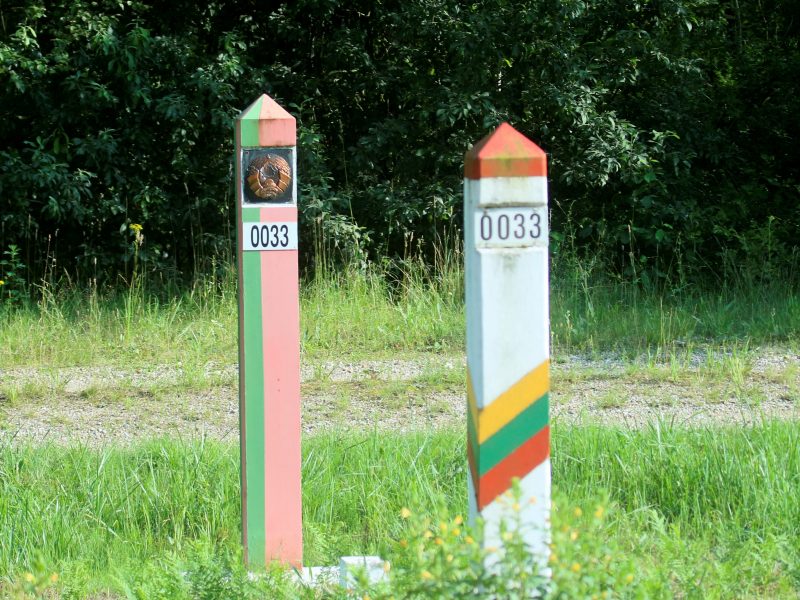 Latvia on Tuesday (10 August) declared a local state of emergency along its border with Belarus, as Lithuanian lawmakers approved the construction of a fence to stem an influx of illegal migrants.

A young migrant in a black hoodie who gave his name as Rawa said the group were Kurds who had flown from Iraq to Istanbul in Turkey and then on to the Belarusian capital Minsk.

“We wanted to stay in here and live in Latvia. Please just help us because (it is) so cold” and the children are sick, he said in a text sent from across the border adjacent to Robeznieki in Latvia.

The local Latvian guards commander, Lieutenant-Colonel Ilmars Aispurs, confirmed the Iraqis had been turned away and told to go to the nearest official border crossing point – 30 km (20 miles) away – if they wanted to claim asylum.

The pushback is a response to a quickening flow of migrants arriving at the borders of Lithuania, Latvia and Poland. They accuse Belarusian President Alexander Lukashenko of “weaponising” migrants to put pressure on the EU to reverse sanctions.

International pressure on Belarus has intensified since a presidential election last year that opponents say was rigged and a crackdown on street protests which followed the vote.

The Belarusian Foreign Ministry did not respond to a Reuters request for comment.

‘Please help! Baby is so cold!’

Latvian guards stopped the migrants at Robeznieki at around 3 a.m. as the group made its way through a field carrying only small bags and backpacks.

A stand-off ensued for hours as the migrants refused to retreat, during which one of them shouted in English: “Please help! Baby is so cold!”

A 31-year-old woman, who wrote her name in Arabic as Lilouz and said she was from Dohuk in Iraq, told Reuters she had walked for six hours through the night with her five children. She sat on damp grass with the other migrants, visibly tired and scared.

Rawa asked in his text message for help and a phone number for the U.N. children’s agency UNICEF. He said Latvian guards had shouted at the migrants to turn back to Belarus and had scared them with a patrol dog.

Reuters saw no evidence of violence against the migrants.

About 10 hours after their arrival, Rawa messaged to say they had pulled back to a Belarusian village to rest and eat.

A spokesperson for the UN refugee agency in the Nordics and Baltics told Reuters: “We are deeply concerned about the reports on pushbacks.”

The UNHCR was sending a mission to Latvia to discuss the situation and ensure that its response was in line with its international obligations and European law,” the spokesperson said.

Latvia’s Interior Ministry said 59 migrants had been turned back since the emergency was agreed but a larger number had been allowed in and taken to migrant centres.

Latvian guards told Reuters that recent migrant arrivals had told them they had spent a few nights in a hotel in Minsk before being driven towards the Latvian frontier, and then told to walk in a certain direction.

Some were told they would end up in Germany, and had paid several thousand US dollars for the voyage, the guards said.

On the previous four nights, guards patrolling a 36.5-km stretch of Latvia’s 170km border with Belarus said they stopped around 200 people. They were moved to the Mucenieki migration centre near the capital Riga.

To date this year 4,026 people have illegally crossed from Belarus into Lithuania, a country of 2.8 million, compared with 74 in all of 2020, the Interior Ministry said last week.

A spokesman for the European Commission said redirecting people to official crossing points was understandable if migrants were attempting to cross the border at unauthorised places.

“Such measures are acceptable, as long as…the fundamental right of the persons concerned to be protected against refoulement (pushback) and access to the asylum procedure are respected at all times,” a spokesman for the EU executive said.

Latvian Prime Minister Krisjanis Karins said on Wednesday EU countries must demonstrate to Belarus that sending immigrants to cross into the bloc is pointless.

“With this hybrid warfare against the EU, the Belarusian side is only escalating the tensions. We will be sticking together, keeping our composure, but we will be acting very resolutely,” Karins told local TV, according to the Baltic News Service (BNS).