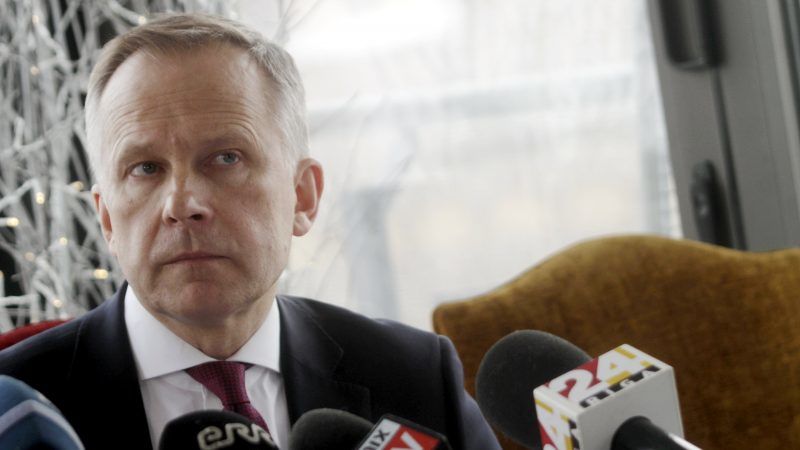 Corruption allegations that led to the suspension of Latvia’s central bank governor yesterday (20 February) may be part of a disinformation campaign aimed at damaging trust in the country and influencing October elections, its Defence Ministry said.

It did not say who might be behind what it called a “massive information operation from outside”, but said it was “identical in structure and execution” to campaigns that preceded recent French, German and US elections.

Those have been blamed on Russia, which denies meddling in elections in the West. The Kremlin could not be reached for comment late on Tuesday and the Foreign Ministry in Moscow said it was unable to comment at this time.

The Latvian defence ministry’s statement, published in English, followed a string of corruption claims and counter-claims that rocked the financial sector of the Baltic euro zone state, which has close ties to neighbour and former political master Russia. 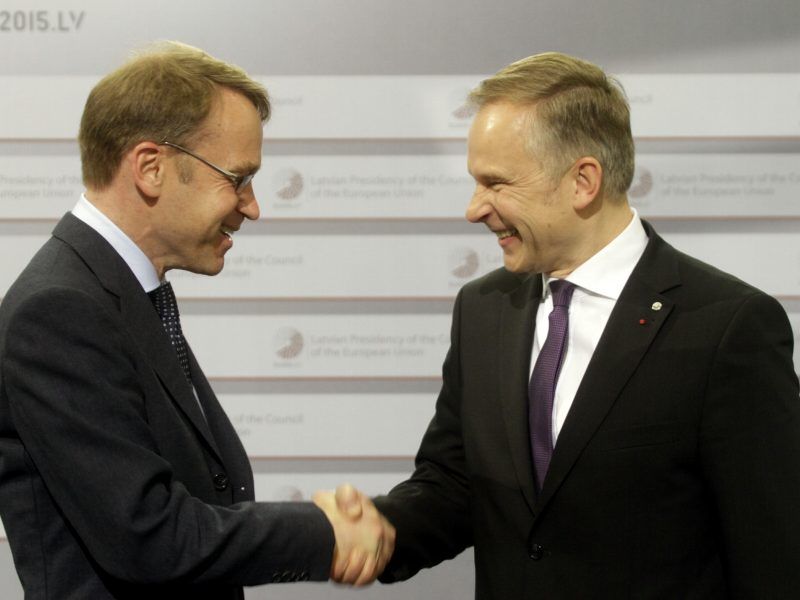 Anti-corruption authorities in Latvia have arrested the governor of the country’s central bank, Ilmars Rimsevics, the government said Sunday, while assuring there is “no sign of danger” to the financial system.

They included accusations by the US Treasury that Latvia’s third-largest lender, ABLV Bank, engaged in money laundering and helped breach sanctions on North Korea, as well as the detention of central bank chief Ilmars Rimsevics in a bribery probe.

Citing those events, the defence ministry said: “There is a high possibility that this is a wide information operation from outside and its aim is to show Latvia as (an) untrustworthy ally.”

Latvia Signals Russia May Be Interfering in Banking Crisis https://t.co/4fL8Yj4GwG

It said the operation, which it expected to continue, was probably aimed at influencing Latvia’s internal affairs and parliamentary elections due in October.

The country has come under increasing scrutiny in recent years as a conduit for illicit financial activities.

Earlier, the prime minister’s office said Rimsevics, who has headed the central bank since 2001, had been suspended pending an investigation by Latvia’s anti-corruption agency into whether he solicited a €100,000 bribe.

The complaint against Rimsevics was made by small Latvian lender, Norvik Bank, Prime Minister Maris Kucinskis said. Its owner is a Britain-based Russian, Grigory Guselnikov.

Rimsevics, who was held in custody over the weekend, said he was the victim of a smear campaign because he has been leading a drive to clean up banking sector corruption. He said he would not resign.

“I have not demanded or received any bribes,” Rimsevics told a news conference on Tuesday. “I have become the target of some Latvian commercial banks to destroy Latvia’s reputation.”

Later, in an interview on state television, he reiterated that denial and said he had held meetings with Guselnikov, but only on central bank premises.

Kucinskis said Guselnikov had provided no evidence of wrongdoing against Rimsevics despite being “repeatedly asked”.

Neither Norvik Bank nor Guselnikov immediately responded to requests from Reuters for comment.

Rimsevics said some commercial banks believed he was behind tough actions by the anti-corruption agency and wanted to see him replaced with someone more compliant.

The agency, whose chief is selected by the central bank governor and the finance minister, has handed out fines in recent years – including against Norvik Bank – over breaches in money-laundering rules and laws aimed at closing off funding for terrorism.

Kucinskis said he could not rule out that the bribery allegations against Rimsevics, no details of which have been given by enforcement authorities, were an attempt to damage Latvia’s reputation.

It was not immediately clear whether Rimsevics could continue to sit on the European Central Bank’s Governing Council, which sets interest rates for the euro zone.

He told state television that, if he was permitted to, he would attend Wednesday’s non-policy ECB meeting, where a central bank spokesman said deputy governor Zoja Razmusa would represent Latvia.

The confusing, rival claims of wrongdoing will deepen worries about the transparency of parts of Latvia’s banking sector.

The biggest banks, subsidiaries of Nordic heavyweights like Swedbank and SEB, focus on domestic lending, but there are a number of small banks that handle mainly overseas client money.

The International Monetary Fund has repeatedly urged Latvia to be vigilant over non-resident deposits — mostly held for clients in Russia and the CIS — and strengthen the enforcement of rules to combat terrorism funding and money laundering.

It called on 13 February for sanctions on ABLV, which it said had “institutionalized money laundering” and helped clients avoid sanctions on North Korea. ABLV has rejected FinCEN’s allegations.

The ECB suspended payments by ABLV this week citing liquidity concerns after around €600 million worth of deposits — some 22% of all deposits — left the bank following FinCEN’s comments.

ABLV managers were meeting ECB supervisors on Tuesday to outline a survival plan.

While the freeze halted deposit outflows, sources close to discussions said ABLV would be given just days to show it can meet its financial obligations. Without a credible plan, supervisors could declare the bank failing or likely to fail.

ABLV sought emergency funding from the Latvian central bank, which bought €13 million in bonds and has agreed to provide €97.5 million in loans.