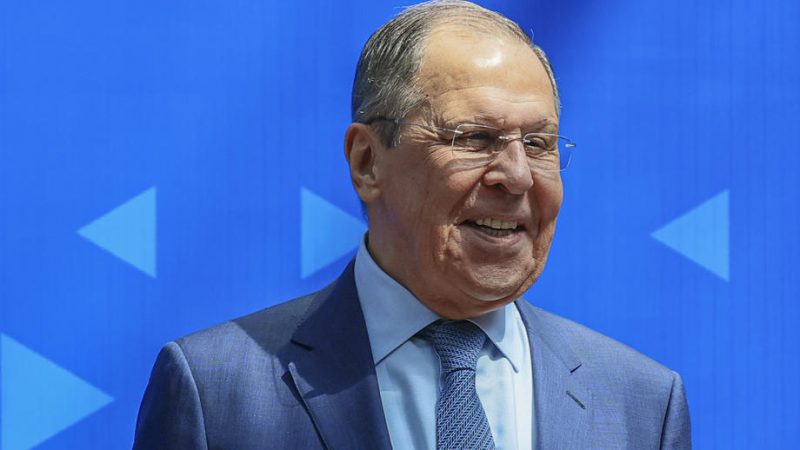 Russia’s Foreign Minister Sergei Lavrov on Friday (13 May) said he doubted the motives of Ukraine’s intention of joining the European Union, while accusing Brussels of ambitions beyond the European continent.

The Commonwealth of Independent States (CIS), formed after the dissolution of the Soviet Union in 1991, has as members Armenia, Azerbaijan, Belarus, Kazakhstan, Kyrgyzstan, Moldova, Russia, Tajikistan and Uzbekistan.

“At the same time, they are trying in every possible way to emphasise their desire to become an EU member,” Lavrov added.

“There are serious doubts about how harmless such a desire is from Kiev,” he said.

Russia has insisted at stalled peace talks that Ukraine drop its ambition to enter US-led military alliance NATO and declare itself “neutral”.

Kyiv has admitted it is unlikely to become a NATO member — but has forged ahead with an application to join the 27-nation EU since the start of the conflict.

Lavrov accused the EU of transforming from a “constructive, economic platform” into an “aggressive, militant player, declaring its ambitions far beyond the European continent”, pointing to moves in the Indo-Pacific region.

“They are rushing to follow in the tracks already laid by NATO, thereby confirming the trend that they are merging with the North Atlantic Alliance (NATO) and will in fact serve as its appendage,” he said.

Lavrov held meetings on the sidelines of the CIS ministerial, including with his colleagues from Armenia and Azerbaijan. Russia brokered ceasefires in Nagorno-Karabakh, where a simmering dispute between the two countries flared into a six-week war in 2020, and keeps peacekeepers there.