EXCLUSIVE / A list of requests to protect external borders recently sent to several member states by the Former Yugoslav Republic of Macedonia has exposed the weaknesses of the group of countries blocking an EU-wide solution of the refugee crisis. EURACTIV Greece reports.

Balkan states met in Vienna on 24 February to discuss possible solutions to the refugee crisis in the Western Balkans region, including closing borders. Greece was not invited.

Greece’s foreign ministry called the meeting “one-sided and not at all friendly”, and accused the Austrian government of attempting to undermine efforts to forge a common European response to the crisis.

“Austria will soon come to realise that its behaviour during the refugee crisis has been an enormous mistake,” Greek Minister of Immigration Policy Ioannis Mouzalas recently told EURACTIV Greece.

A week later (1 March), police chiefs from four Balkan countries — Macedonia, Serbia, Croatia and Slovenia — along with Austria, the Dutch presidency and Hungary, met in Belgrade. Athens was also invited, but refused to participate.

The former Yugoslav republic sent a detailed 12-page letter to several member states describing its needs, in order to have its southern border under full control.

The document, seen by EURACTIV, says that the country will need engineering machines to build fortifications on its southern border, and materials to construct a 300 kilometer security fence, as well as a camp for 400 persons. 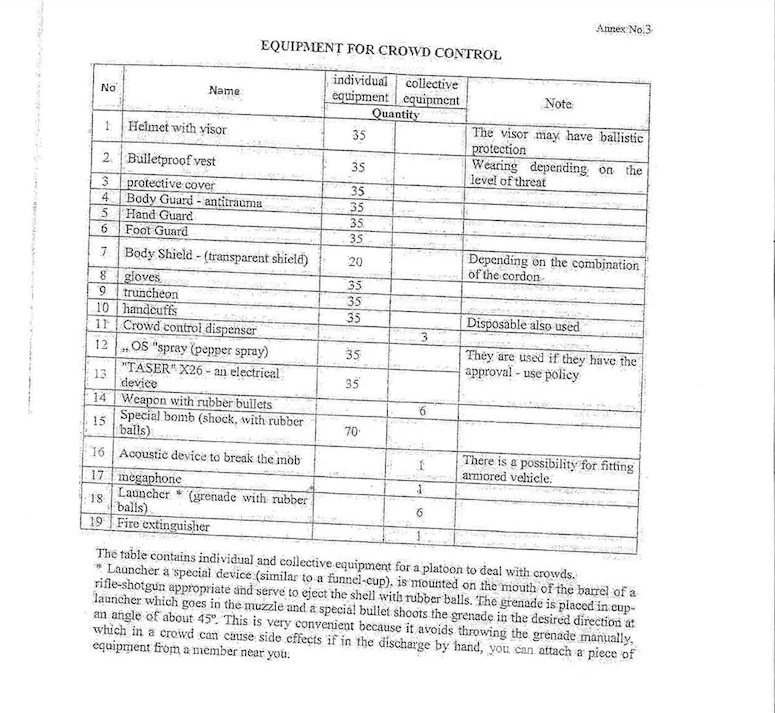 It also asks for equipment to be used for crowd control, and the monthly expenses for personnel, vehicles, and the technical capability of an army to be fully covered.

Commenting on the document, sources told EURACTIV that some member states were willing to provide Macedonia with the requested equipment, but also said that “restrictions may apply”.

In Austria, for example, the provision of military equipment to another country is restricted by law and requires parliamentary approval.

In the document, Skopje also asks for police officers to be sent to the country. Austria’s interior ministry has already sent 7 police officers to the Greek-Macedonian border, and announced at the Vienna conference that this contingent can be increased up to 20, a modest number considering the length of the proposed security fence

According to the same sources, legal experts fear that equipment provided could be used for internal repression ahead of a crucial snap vote in June.

“It is difficult to imagine, that Croatia, Slovenia or Austria will provide any kind of equipment if it’s not sure that it won’t be used for internal repression,” EURACTIV was informed.

The political situation in the Balkan country is fragile amid tensions between the government and the opposition.

Macedonia’s snap elections were postponed by more than a month late yesterday (23 February), after the opposition threatened to boycott the polls over concerns they were open to fraud.

The early parliamentary polls, initially agreed for 24 April, were delayed until 5 June, after the main opposition party, the Social Democratic Union of Macedonia (SDSM), threatened to boycott them, complaining they could not be free and fair.

The vote is part of a European Union-backed deal reached last year between the government and the opposition to end months of political turmoil in the former Yugoslav republic of an estimated 2.1 million people.

According to NATO diplomats, and another document seen by EURACTIV, on 17 December, Belgrade asked for assistance in tackling the refugee crisis.

Serbia is a transit country on the Western Balkans route, and has been receiving a significant influx of refugees via Macedonia.

The document describes the measures taken by the Serbian government, as well as the assistance provided by NATO.

The US also offered assistance by providing two shipments of humanitarian supplies on 26 January and 1 February.