Belarusian President Alexander Lukashenko meets with members of the public and local and foreign journalists for a 'Big talk with the President' in Minsk, Belarus, 1 March 2019. [Pool/EPA/EFE]

Belarus will seek better ties with the West even though this provokes “hysterics” from its traditional ally Russia, long-serving President Alexander Lukashenko said on Tuesday (5 March), a day after lifting a cap of five US diplomats in his country.

Belarus is trying to improve ties with the West after a number of disputes with Moscow, which has announced cuts to subsidies that have long kept the country of 9.5 million people in Russia’s orbit.

Lukashenko’s comments suggested he had not ironed out differences with Russia’s Vladimir Putin after several meetings, including on a Russian tax change which Belarus says will cost its budget $400 million this year.

And according to Kremlin spokesperson Dmitry Peskov, their talks won't just last one day. https://t.co/raSQlaYNRm

Speaking of NATO and the EU at a government meeting, Lukashenko said, “We should talk to them, we should not look at them as enemies.

“Ideally, the western and eastern directions of Belarusian foreign policy should balance each other,” he said, as quoted by the state news agency BelTA.

Belarus cooperating with the West “causes some kind of allergic reaction and sometimes hysterics from our main partner the Russian Federation,” Lukashenko said. “The question is, why are you being hysterical?”

Lukashenko has been in power for 25 years, making him one of the longest-serving former Soviet leaders. Throughout his rule, Belarus has generally been more closely aligned with Moscow than any other ex-Soviet state, while his lack of tolerance for dissent at home has made him largely a pariah in the West.

However, he has shown increasing signs of seeking a thaw with the United States and European Union since 2014, when Belarus did not recognize Russia’s annexation of the Crimea peninsula from neighboring Ukraine.

US and EU sanctions imposed on Belarus over its treatment of Lukashenko’s political opponents were mostly lifted in 2016 following the release of political prisoners and other reforms. 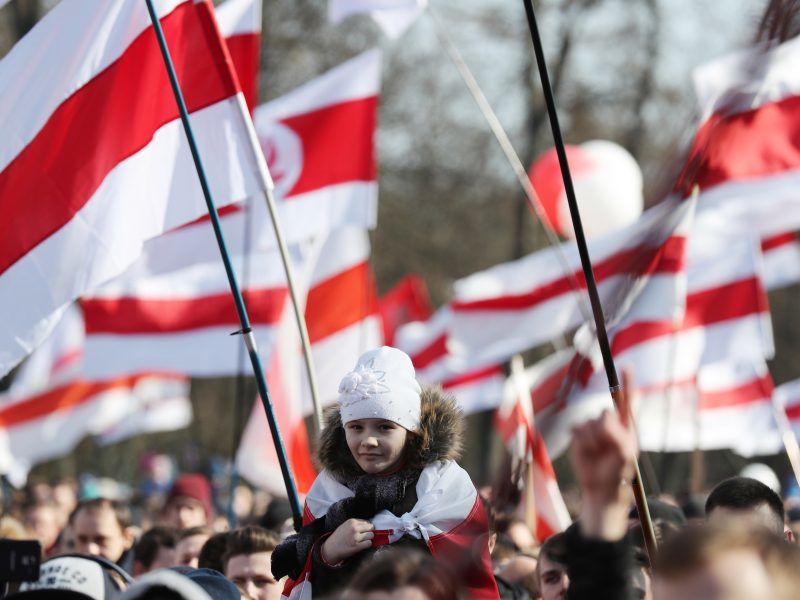 Belarusian authorities on Sunday (25 March) arrested around 30 protesters in Minsk ahead of a banned opposition march while detaining activists across the country, human rights group Viasna said.

On Monday, Belarus lifted a restriction that had capped the number of US diplomats permitted to operate in the country at just five since 2008. The Belarussian Foreign Ministry said it hoped the move would “contribute to the further normalization of relations between Belarus and the United States”.

Lukashenko said Russian officials had sometimes set unacceptable conditions for Belarus, such as adopting the Russian currency or even merging with Russia.

Russia has kept Belarus in its political orbit through subsidies and loans, but Moscow plans to phase these out to lessen the burden on its own economy, hit by Western sanctions.

Russia, Belarus and Kazakhstan have a duty-free arrangement under which Moscow has been sending crude oil and oil products to Minsk with no export fee. Belarus then re-exports some of those goods, pocketing the associated charges. However, on 1 January Russia amended its tax code to halt those subsidies.