Macron to host Putin at Versailles palace for talks, exhibition 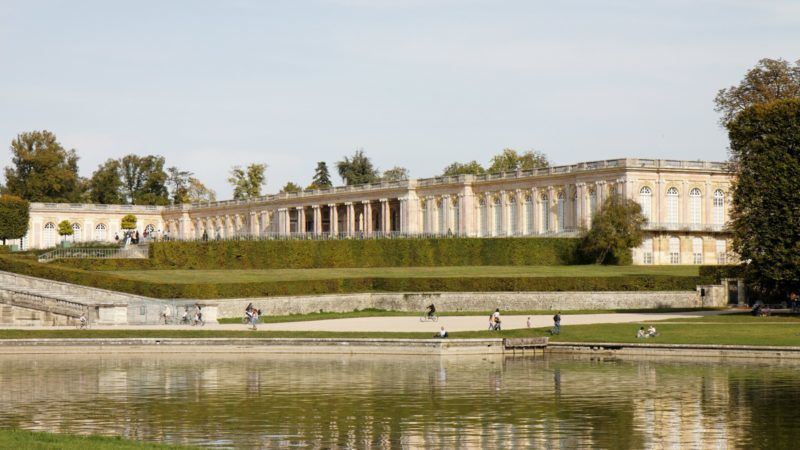 The exhibition will take place in Le Grand Trianon at Versailles. [Wikimedia]

French President Emmanuel Macron will receive Russia’s Vladimir Putin at the palace of Versailles outside Paris on 29 May to inaugurate an exhibition marking 300 years of Franco-Russian diplomatic ties, a French presidency official said yesterday (22 May).

The May 30-September 24 exhibition at the Versailles Palace marks Russian Tsar Peter the Great’s trip to France in 1717 and there will be a special exhibition in the Palace’s Grand Trianon.

The exhibition is in partnership with the world-famous State Hermitage Museum in St. Petersburg and the Palace of Versailles, and will contain paintings, sculpture, books and engravings, some of which are from the Tsar’s personal collection, the French international TV channel France 24 reported.

Relations between Paris and Moscow were increasingly strained under former President François Hollande with Putin cancelling his last planned visit in October after Hollande said he would see him only for talks on Syria.

The two countries have been at odds on Syria and Moscow’s backing of President Bashar al-Assad. France has also been one of the key European Union countries to push for sanctions on Russia over the Ukraine crisis.

Putin to get royal welcome from Macron at Versailles despite rift over Syria and cyberattacks https://t.co/aX0tYAoxHy pic.twitter.com/dCrq0XWgMG

Putin and Macron agreed in their first phone call on 18 May to continue discussions on Ukraine and Syria despite their conflicting views.

During the presidential election campaign, Macron was viewed as having a tougher line on Russia than his main rivals, although he has said it was vital to continue talking to Moscow.

He backed expanding sanctions against Russia if there were no progress in implementing the long-stalled Minsk peace accords for eastern Ukraine, where Kiev’s forces have been battling pro-Russian separatists.

In an interview with Challenges magazine on 18 May, Russia’s Ambassador to France Alexander Orlov said Moscow hoped Macron would show his autonomy compared to Hollande.

“Russia is ready to take the first step with the new French president … to overcome the reciprocal mistrust of recent years,” he said.

Macron’s presidential campaign was also subjected to repeated cyber-attacks, with the Japanese cyber-security firm Trend Micro telling FRANCE 24, “We are 99 percent sure that it is attacks from Russia”.

"Macron will receive Putin in Versailles. He's still hesitating what to do with Trump: Visit Disneyland Paris or the Crazy Horse cabaret" https://t.co/w9XvLviWVF