AFP and EURACTIV.com with AFP 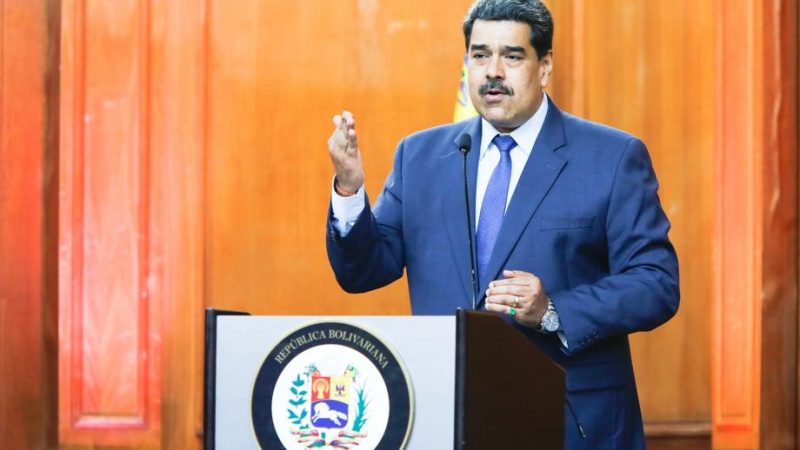 Venezuela’s President Nicolas Maduro on Monday (29 June) gave the head of the EU mission in Caracas, Isabel Brilhante Pedrosa, 72 hours to leave the country after the bloc announced sanctions against 11 Venezuelan officials.

“Who are they to try to impose themselves with threats?” said Maduro.

“We will sort it out in 72 hours… she will be given a plane to leave, but we will arrange our things with the European Union.”

Venezuela’s airspace is currently closed to commercial airplanes due to the coronavirus pandemic.

Maduro also accused the EU of getting down on its “knees” to US President Donald Trump, who has taken a hard line against the leftist leader, and copying “erratic policies” against the Latin American nation.

Relations have been tense since 2017, when Venezuela became the first Latin American country to receive sanctions from the EU, including an arms embargo.

Among the officials sanctioned Monday was Maduro-backed opposition legislator Luis Parra, who is contesting the leadership of the opposition-controlled National Assembly with its president Juan Guaido.

Guaido used his position as head of parliament to challenge Maduro’s authority in January 2019 by declaring himself acting president after the National Assembly deemed the socialist leader a usurper over his controversial re-election in 2018 in a poll widely branded fraudulent.

Guaido is recognized as his country’s interim president by more than 50 nations, including the United States and much of the EU.

Parra, though, declared himself National Assembly president in January while security forces loyal to Maduro prevented Guaido from entering the building for a re-election vote he was widely expected to win.

Initially allies, Parra and Guaido fell out after the former was linked to a corruption scandal relating to a food distribution program run by Maduro’s government.