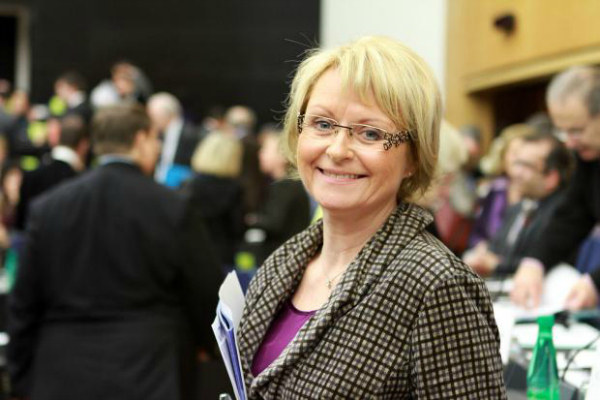 In an interview with EURACTIV France, French MEP Veronique Mathieu Houillon has called on EU member states to revise the Dublin II regulation, so that it states which member states are responsible for asylum claims.

Houillon, a French member of the European People's party group, called for the putting in place of a true common asylum policy in Europe.

The EU has been harshly criticised for its asylum policy after 274 people drowned when a boat carrying African migrants sank near the small Mediterranean island of Lampedusa this month. The European Parliament has just approved the new border surveillance system, Eurosur.

Houillon is now calling on European countries to help each other better manage migratory flows.

“The Italian marine rescued 7000 migrants from drowning last year. This duty of care has nothing to do with immigration policy at EU level. Italy has done its part of the job to help this migrants, now it’s up to the EU do its part too”, the French MEP said in an interview with EURACTIV France.

According to Houillon, EU member states do not have enough political will to put in place a common migration and asylum policy. “All 28 member states need to commit to a solidarity policy on asylum, so that the burden of responsibility won’t fall systematically on those countries whose borders are most exposed”, she said.

Houillon said the biggest obstacle blocking the establishment of a common asylum policy was the Dublin II regulation. According to the law, only one member state is responsible for the examination of asylum applications, so as to avoid that asylum seekers are sent from one country to the other and abuse the system.

“Unfortunately, we were not able to progress on the revision of the principle, as member states were not able to reach an agreement. Yet it is the keystone of the European asylum policy. We need to go back and overcome this system because it’s killing European solidarity."