Turkey's president will visit Germany at the end of this week. [Drop of Light / Shutterstock]

The European Parliament’s Budget Committee has voted to withhold €70 million in pre-accession funds from Turkey, after MEPs decided Ankara has not improved rule of law conditions.

On Tuesday (25 September), budget committee lawmakers voted 27 in favour, and one against, to adopt a draft report that will reallocate the earmarked funds to migration programmes instead.

The October 2017 EU summit decided that against the background of deteriorating human rights and rule of law, pre-accession funds for Turkey should be re-oriented and spent more on civil society and less on “pathology”, meaning the regime of Turkish President Recep Tayyip Erdoğan.

In November, the Parliament and European Council decided that the €70m would be placed in reserve pending “measurable, sufficient improvements” to rule of law, democratic, human rights and press freedom issues in Turkey.

According to a statement by the committee, “the Commission’s annual report, published on 17 April 2018, concluded that Turkey has been significantly moving away from the European Union”. 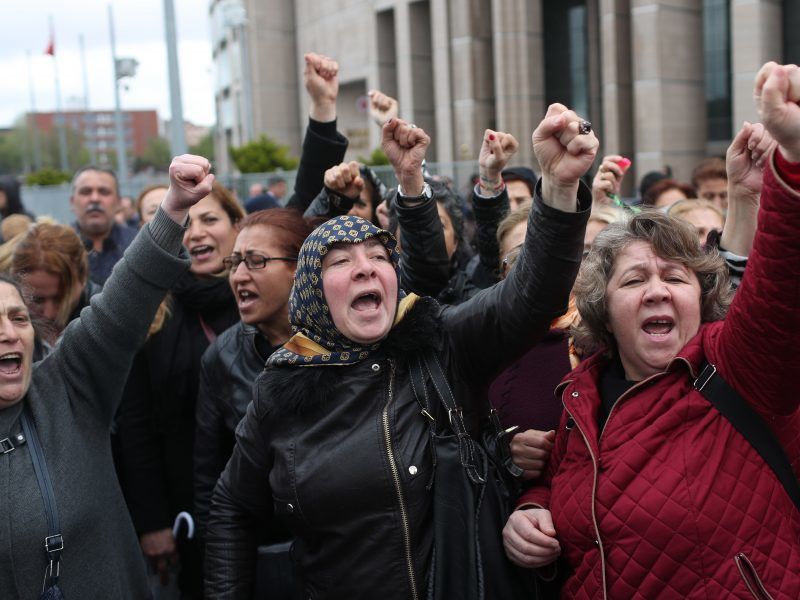 It added that the worsening conditions were a result of a “weakening of effective checks and balances in the political system” and concluded that the conditions the committee set in November had been ignored.

If a full sitting of the Parliament follows the lead of the committee and also votes in favour of withholding the funds, then the EU is likely to follow the Commission’s recommendation of using the €70m to boost the European Neighbourhood Instrument.

Support for Turkey’s still continuing membership bid is thin on the ground in the Parliament, as European People’s Party leader Manfred Weber and even the president of the institution itself, Antonio Tajani, making strong criticisms in recent months.

In May, on World Press Freedom Day, Tajani said “without immediate radical change, there is no place for this Turkey in the European Union”.

A vote is scheduled on Siegfried Muresan’s report for 3 October at the next Strasbourg plenary.

This week, EU enlargement Commissioner Johannes Hahn also pulled the rug out from under Ankara when he told German daily Die Welt that Turkey’s economic problems cannot be solved by EU aid packages.

In comments made just a few days before Erdoğan makes a state visit to Germany on Friday (28 September), Hahn called the problems “homemade” and urged the government to ensure the independence of the central bank and respect democratic principles.

The Austrian Commissioner added that sound economic policies will revive its economy. The Turkish lira has so far this year lost almost half of its value against the US dollar.