Germany and Bulgaria were the most vocal among the EU countries who blocked sanctions against Turkey at the EU summit on Thursday (10 December), diplomatic sources have told EURACTIV.

Other countries such as Spain, Italy, Malta and Hungary were also against, but did not express it openly, the sources added.

Austria was supportive of sanctions while France, which was asking for a tough EU response, reportedly toned down its rhetoric at the summit.

According to the summit conclusions on Turkey, the EU leaders condemned its aggressiveness and unilateral actions in the Eastern Mediterranean. However, in practice, they took a soft stance, granting Ankara another three-month grace period.

Concretely, they decided to add new names of individuals and companies to the blacklist that currently exists for Turkey’s “unauthorised” gas drillings off-Cyprus.

But the sanctions that have been imposed so far have had little added value, considering that Turkey has not stopped the drillings off-Cyprus.

In addition, they called on the European Commission to come up with a report “at the latest in March 2021” regarding EU-Turkey relations overall, ranging from politics to trade, and explore “options and instruments on how to proceed”.

The leaders also made it clear that the “positive agenda remains on the table” promising Turkey to continue providing financial assistance to manage migration flows in the country.

Last but not least, EU leaders said they would seek coordination on the matter of Turkey with the new US administration.

Germany, which currently holds the EU presidency, has always opposed sanctions and wanted to keep communication channels open with Ankara.

In an interview with EURACTIV in November, Udo Bullmann, social democrat MEP and EU Affairs Spokesperson of the Executive Committee of the German Social Democratic Party (SPD), said Merkel’s intention was to keep the door open with Turkey.

Diplomats estimated before the summit that Sofia’s stance on the issue of sanctions could not be predicted.

“Bulgaria’s leader Borissov is a known friend of Erdoğan and his behaviour is unpredictable,” an EU diplomat told EURACTIV last week.

On a political level, the stance of Germany and Bulgaria is also of high importance considering that both Merkel and Borissov belong to the same EU political family (European People’s Party) as Greece’s ruling New Democracy party.

A fiasco for Athens

The decisions are far from what Athens has been asking for months. At a foreign affairs meeting in Berlin in August, Greece asked for “sectorial sanctions” targeting key aspects of the Turkish economy such as the banking and energy sector.

Following the publication of the conclusions, Greek government sources put on a brave face and presented it as a positive outcome.

“Europe takes one step at a time. That is what they did in this Council. Another step that is a strong warning to Turkey to change its behaviour,” government sources said.

However, the reality in Athens is different.

Most Greek media reported on Friday that the EU leaders’ decisions on Turkey will have zero added value and predicted that Erdoğan will be even more aggressive in light of Europe’s mild steps.

Greek Prime Minister Kyriakos Mitsotakis said before the summit that the EU credibility was at stake and called on his EU partners to implement decisions made during their last meeting in October.

The summit’s conclusions are expected to cause Mitsotakis headaches at home. The opposition parties have not reacted yet, but EURACTIV has learnt that the main opposition, the Syriza party, is expected to accuse the government of coming back from Brussels with empty hands.

Mitsotakis, however, did obtain an unexpected sweetener: the US reportedly decided to impose real sanctions on Turkey over its acquisition last year of Russian S-400 air defence systems. 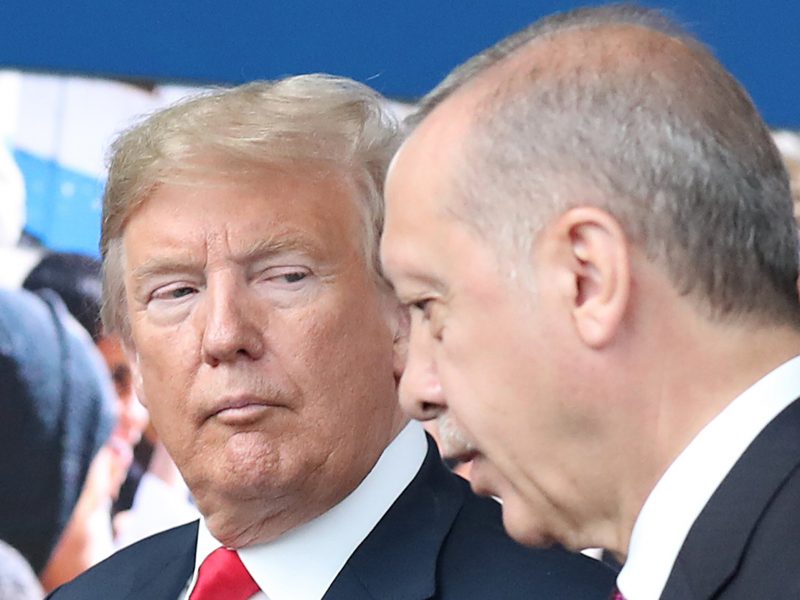