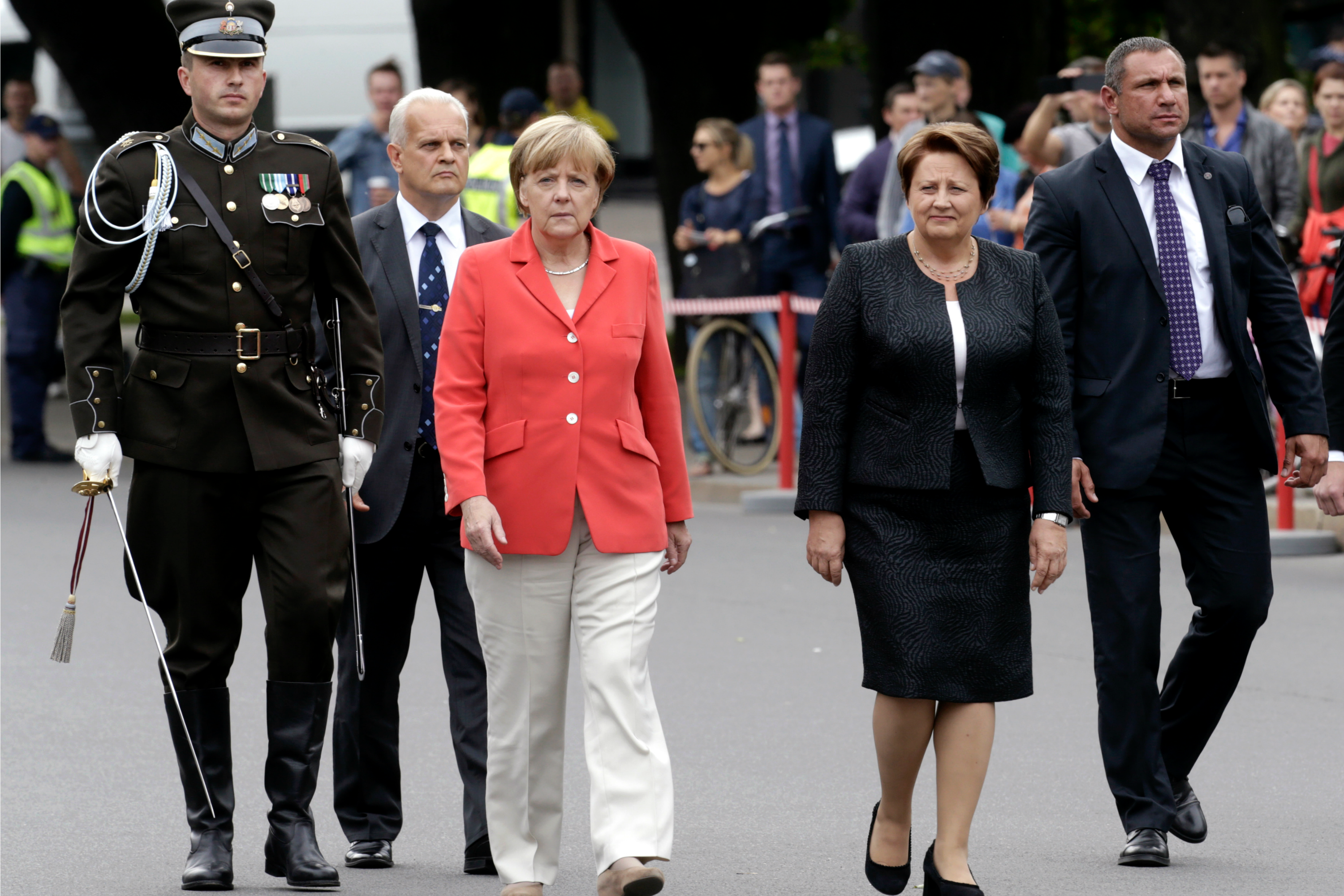 Germany’s Angela Merkel promised the Baltic states yesterday (18 August) that NATO would defend them, although it would not send permanent combat troops, but would increase manoeuvres in the region.

Latvia, Estonia and Lithuania – former Soviet republics with their own Russian-speaking minorities – are increasingly anxious that the conflict in Ukraine and Russia’s annexation of Crimea could herald destabilisation in their own region by Moscow.

The Baltic states have asked for an increased NATO presence to reinforce Article 5 of the alliance’s constitution, which states that an attack on one of its members is an act of aggression against all, obliging them to react.

“I want to stress that […] Article 5 of the NATO treaty – the duty to provide mutual support – is not something which just exists on paper, but is also something which must be filled with life,” said Merkel on a visit to the Latvian capital, Riga.

NATO’s top commander said over the weekend that the alliance would respond militarily if Russia tried to infiltrate troops into a NATO country.

“But we must also now supplement this with further exercises and manoeuvres, so that we can react swiftly and without hesitation,” she said. “Everything must be done so that we have the infrastructure in the Baltic states to react quickly.”

Merkel said NATO leaders would discuss this at their summit in Cardiff on 4-5 September and she expected them to reach a unified position.

“We won’t have a permanent stationing of combat troops but we will boost our participation in other ways […] we will do what it takes to guarantee that, should Latvia come into difficulties, NATO will be able to help straight away,” she added.

“Trust has been lost. We all have to adjust ourselves to the new conditions and we must give a clear response,” she said.

The NATO Summit will take place from 4-5 September in Newport, Wales. The current conflict with Russia will one of the main areas discussed at the summit. For the time being, cooperation between NATO and Russia has been suspended.

The 1997 NATO-Russia Act formally ended the rivalry between Russia and NATO. But over the latest developments in Ukraine, numerous NATO member states feel threatened or even unsafe, and some EU members who are not part of NATO, such as Sweden or Finland, start debating whether they should not join the Atlantic alliance.

The NATO Secretary General Anders Fogh Rasmussen indicated that NATO has increased the number of manoeuvres in countries that feel threatened by Russia. Poland, in particular, has sought to receive permanent NATO bases since the start of the Ukraine crisis.