Mogherini announced on Monday (6 February) that she would start a two-week period of meetings in the US and Europe with senior members of Trump’s team.

She explained that her agenda is being finalised and would include visits to the White House and Congress on Thursday and Friday (9-10 February).

Will be meeting @DHSgov Secretary John Kelly on Wednesday in #Washington to discuss global migration challenges & cooperation on security.

The EU foreign policy chief confirmed that she would meet with Trump’s inner circle. Her agenda at the White House will include Michael Flynn, his national security adviser, and Jared Kusher, his son-in-law and one of his closest aides.

She is expected to meet with her US counterpart, Secretary of State Rex Tillerson, and Secretary of Defence, retired general James Mattis either in Washington or in Europe, as they will visit the continent later this month.

US Vice-President Mike Pence will also visit the EU institutions after he attends the Munich Security Conference (17-19 February).

Mogherini gave special “value” to Pence’s visit as she commented that it represents “a very important political signal” coming from the new US government.

These signals are welcomed by the Europeans, given the decline in transatlantic amity since Trump won the elections last November.

Against the backdrop of Europe’s disunity over current challenges (migration, economic policy…) and the future of the union, Trump is trying to exploit its differences, in order to weaken the bloc’s influence in world affairs, to “make America great again” as he promised in his campaign, experts warned.

America, Russia and China are working to weaken Europe because “if Europe unites, in the long term, it will become the most important world power,” said French writer and economist Jacques Attali.

During her visit, Mogherini is expected to go through “the old list of files”, including the fight against climate change, Syria, Libya, Ukraine or the Middle East Process, to find where views converge.

But the list of grievances and complaints is long, requiring an arduous effort to clean the air and repair the transatlantic bond.

Trump was an ardent supporter of the UK’s breakup with the EU, as he became a ‘brother in arms’ with Brexit champion Nigel Farage. In an interview before he took office, he said that the UK was “doing great” leaving the EU.

Moreover, Trump’s aides asked EU officials over the phone who will be the next member state to leave the EU, as outgoing US ambassador to the EU Anthony Gardner told reporters. 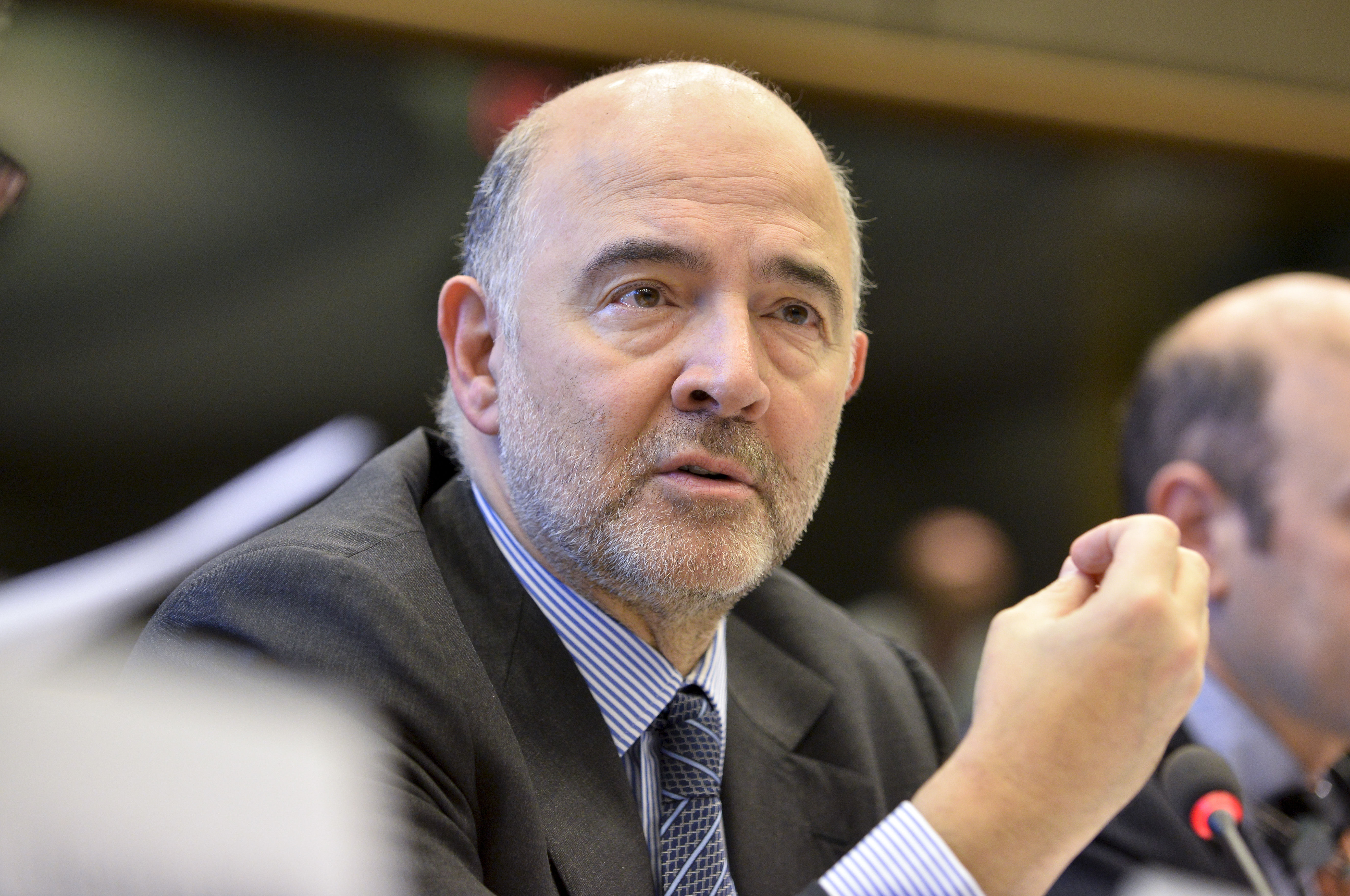 End of the euro

Brexiteer professor Ted Malloch, Trump’s expected choice to become ambassador to the EU, said that the euro was a currency “not only in demise but has a real problem” and therefore it could collapse in 18 months, if not before.

But his advisers’ rhetoric escalated as the head of his new National Trade Council, Peter Navarro, accused Germany of having a “grossly undervalued” the currency to gain a trade surplus over the US.

“We are not currency manipulators,” said ECB President Mario Draghi in the European Parliament on Monday (6 February). He recalled that in its latest report to Congress last October, the US Treasury concluded that Germany does not manipulate its currency. 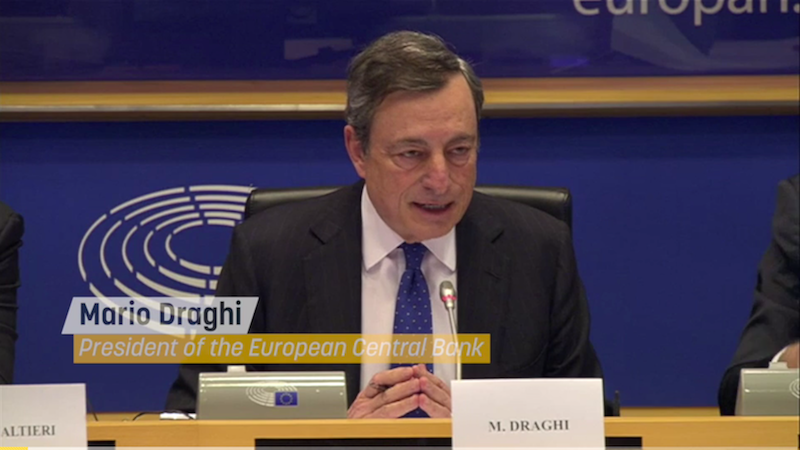 Today (6 February) at a hearing of the Committee on Economic and Monetary Affairs of the European Parliament, Mario Draghi, the president of the European Central Bank, was asked about the effects of Trump’s Muslim ban on Europe’s economy. Draghi called it “worrisome”.

As the Greek bailout programme boiling over again, Trump’s team eyes the eurozone’s Achilles heel as an opportunity to destabilise European economies.

Malloch said in an interview with Bloomberg that “I think there is probably a very strong reason for Greece moving away from the euro.”

This opinion shared is by his boss. “Greece should get out of the euro and go back to their own currency. They are just wasting time,” Trump tweeted in October 2012.

More recently, his head of cabinet, Reince Priebus, whose mother is from Lesbos (Greece) said that the new administration will make the US great again first, “and then we are going to go out there and help Greece”.

These views could further complicate the third review of the Greek rescue programme.

The IMF board split this week over its participation in the bailout package, as the fund insists on debt relief to bring the Greek economy to a sustainable path.

The US is the fund’s largest shareholder, and holds veto powers to block any involvement in the bailout programme.

German officials insisted that the IMF involvement was a must, otherwise the whole rescue package could derail and Greece could be forced to exit the euro.

As part of the financial deregulation package issued last Friday (3 February), Trump included an order to “advance American interests in international financial regulatory negotiations”. This nationalist approach would hamper the international efforts led by the Europeans to adopt a new set of international rules to strengthen the financial oversight (Basel IV).

Moreover, Trump aims at dismantling the regulatory framework set up after the financial meltdown in 2007-2008 to control Wall Street (Dodd-Frank).

Draghi warned against any deregulatory attempt. After recalling that cheap money and light regulation were the cause behind the crisis, he said that “the last thing” the international system needs is deregulation.

Transatlantic relations are an absolute priority insisted European Council President Donald Tusk at the end of the informal summit in Malta where EU leaders today (3 February) discussed US President Donald Trump’s comments on Europe and NATO.

But former Deputy National Security Advisor for International Economics during the Obama Administration, ‘Wally’ Adeyemo, explained that these changes promised by Trump would come “far slower” and would be “less dramatic” than people expect.

During a lunch debate in Brussels on Tuesday (7 February), he pointed out the difficulties that any change would face in the Congress. Any amendment to the financial legislation would need eight votes from the Democrats in the Senate.

More difficult would be to undo the Volcker rule that prohibits banks from conducting certain investment activities. Adeyemo said that it took years to agree on this rule since it required the approval of five regulatory agencies. Therefore, any change would also take years, as it would need the same approval.