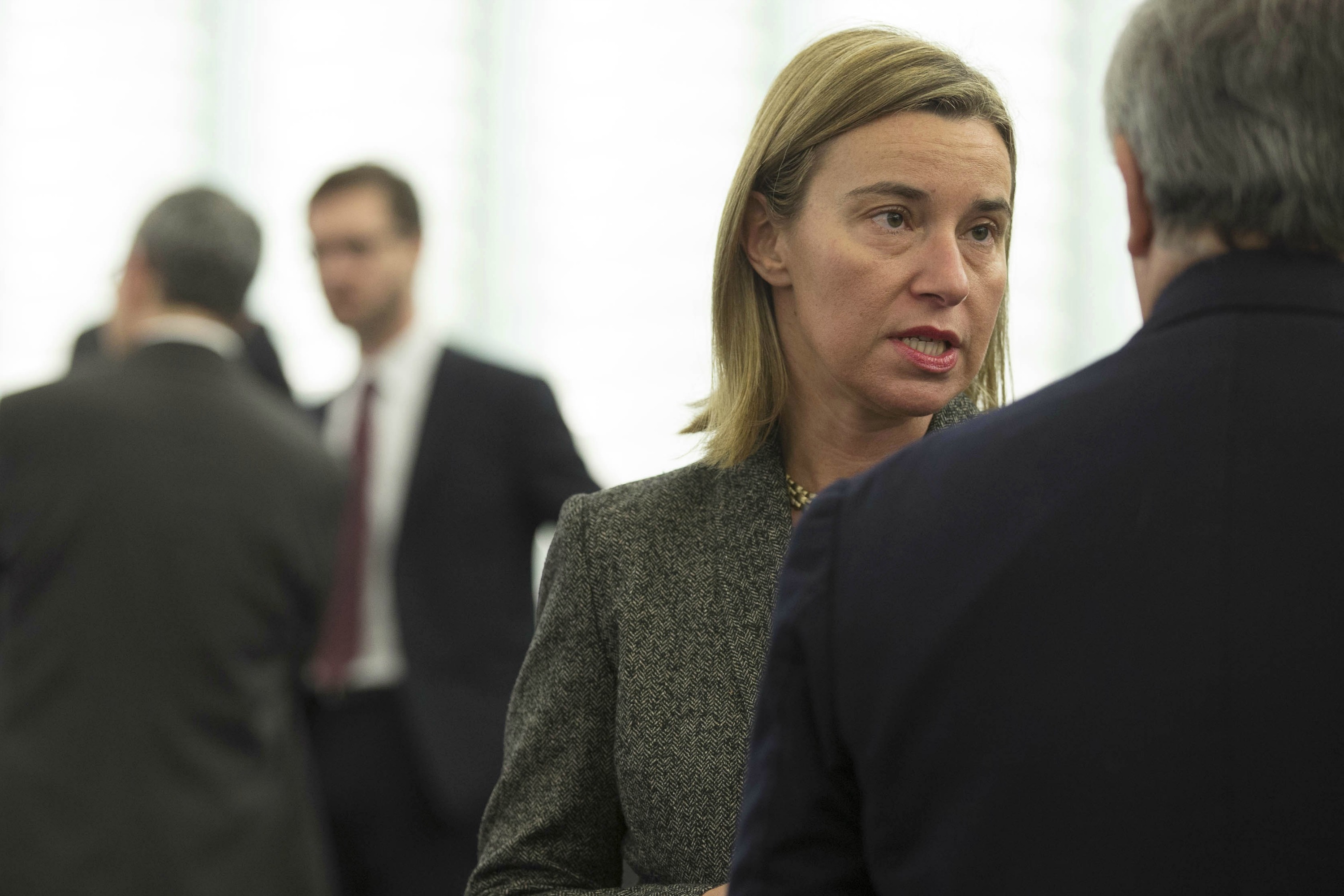 European Union foreign policy chief Federica Mogherini has suggested EU states could re-engage with Russia on global diplomacy, trade and other issues in return for gradual steps to defuse the crisis over Ukraine.

A discussion paper seen by Reuters that was distributed to governments ahead of a meeting of the 28 EU foreign ministers in Brussels next Monday said the bloc might consider reviving joint efforts with Moscow in tackling problems with Syria and Iraq, Libya, Iran, North Korea as well as Ebola and the Palestinian issue.

Lamenting “negative spillover” from Ukraine into many areas of cooperation with Russia, and noting recent EU threats to step up penalties on Moscow, the paper suggested complementing that sanctions strategy with “a more proactive approach” to get Russia to change tack on Ukraine – a carrot as well as a stick.

European leaders want to break an impasse over Ukraine and halt a downward spiral of hostility with a huge neighbour that is both powerful and facing economic instability. Violence in eastern Ukraine this week thwarted attempts to arrange a peace summit. EU states are divided on how far to ease sanctions on Russia before it concedes to all Western demands on Ukraine.

One diplomat from an eastern European country, which counsels against the EU showing weakness toward Moscow, said the paper appeared to reflect an eagerness on the part of countries such as France and Mogherini’s native Italy to set aside the dispute over Ukraine in order to revive profitable business with Russia.

The four page document takes pains to stress that it does not mean “business as usual” with Moscow, against which the EU levied economic sanctions last year for its annexation of Crimea and over the actions of pro-Russian rebels in eastern Ukraine.

Calling the ideas “food for thought”, it said any process “would need to be selective and gradual and commensurate with the degree to which Russia responds positively”.

Linked to the peace progress

An EU official confirmed that a discussion paper was sent to member states this week ,but declined comment on its content.

The paper said any steps by the EU would be “closely linked to full implementation of the Minsk agreements”, a truce accord in September involving Moscow, Kyiv and the pro-Russian rebels, as well as “good faith” from Russia in agreements reached on the EU-Ukraine trade accord and on Russian gas supplies to Ukraine.

It also suggested making a distinction between sanctions, mostly on individuals and companies, imposed in March after the annexation of Crimea – “where no change is expected in the short term” – and those on Russian industries, imposed in June over the unrest in eastern Ukraine. These, it said, the EU “should be ready to scale down as soon as Russia implements the Minsk agreements”.

Mogherini said last week that she had found Moscow officials being more cooperative on issues of global diplomacy recently, and saw that as a sign that tensions could be lowered.

Her paper stated: “There are significant interests on both sides, which may be conflicting, but could serve as a basis for trade-offs and could imply a give-and-take approach.”

With their own economies in the doldrums, many EU states are feeling pain from sanctions. Germany, the leading economy, has taken a tough line lately in demanding Moscow make concessions.

Longer-term issues could be studied, the paper said, among them a resumption of efforts to allow visa-free travel between Russia and the EU and a “new framework for EU-Russia relations”.