Most Swiss support the government’s plan to forge a new treaty with the European Union that would have arbitration panels to help settle disputes, a poll published on Sunday (29 April) showed.

The survey is important because under the neutral country’s system of direct democracy Swiss voters get the final say on a treaty that officials hope to agree this year. Bilateral ties are now based on a patchwork of sectoral accords.

Fifty-four percent of respondents in the survey by polling institute GfS Bern backed the plan to have arbitration courts comprising representatives from Switzerland, the EU and a neutral party resolve disputes.

Even supporters of the far-right Swiss People’s Party, which opposes any new treaty, favoured this approach, the poll published by the NZZ am Sonntag newspaper found.

Only 4% of Swiss wanted the EU’s European Court of Justice to be the final arbiter of disputes, although the ECJ is envisioned to rule on matters to do with EU law. Thirty-five percent backed the current system in which a joint Swiss-EU commission is supposed to work out compromises on handling rows. 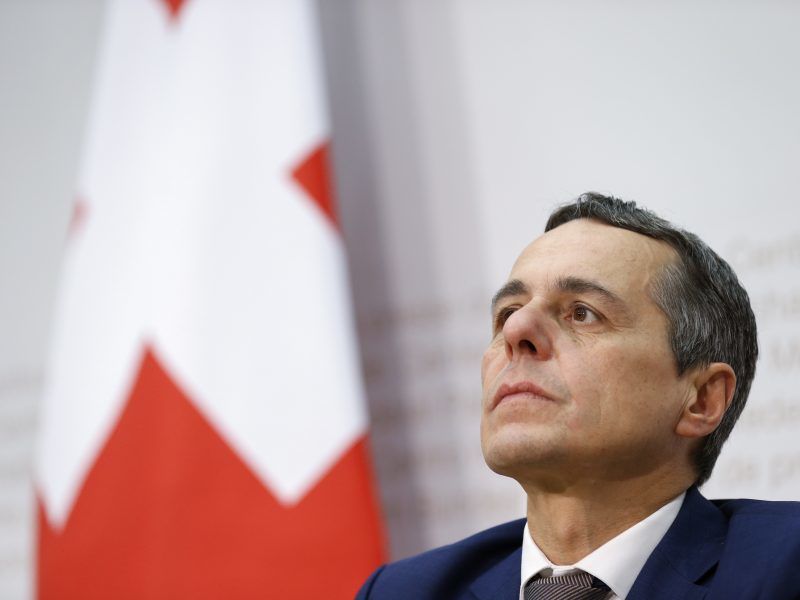 Switzerland will not meet the European Commission’s deadline for a deal in the early part of this year on a new treaty that would bind the neutral country more closely to its biggest trading partner, new Swiss Foreign Minister Ignazio Cassis said.

The poll covered 2,500 respondents and had a margin of error of up to 2 points.

Switzerland in March revived plans to contribute an extra 1.3 billion Swiss francs (€1.08 billion) for newer European Union members as relations with its biggest trading partner began improving after a spat at the end of last year.

Diplomats say the mood has brightened since Bern laid out its negotiating position on the new treaty Brussels wants that would formalise ties.

The treaty would see the Swiss adopt EU laws governing the single market, with the ECJ giving its opinion on disputes on how to interpret single-market rules.

This is opposed by the anti-immigration People’s Party, the largest in parliament, which has two cabinet seats.

Many Swiss conservatives are also wary of giving “foreign judges” such power, so the idea of arbitration panels, which were first proposed by European Commission President Jean-Claude Juncker in November, may help break the impasse.