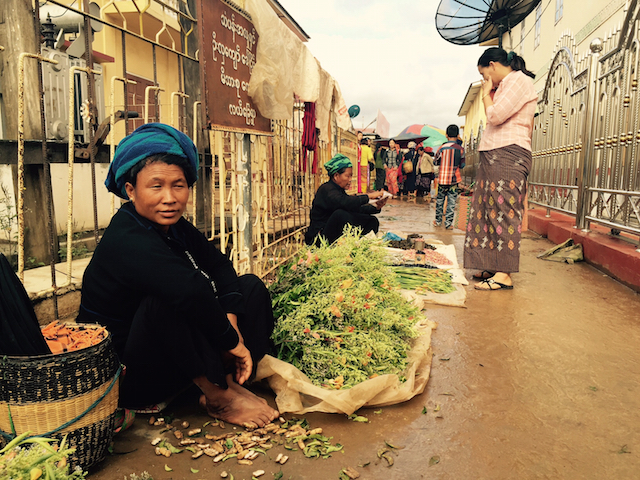 A top negotiator in Myanmar’s peace talks with ethnic rebels has accused neighbouring China of derailing a nationwide ceasefire deal last week that would have brought Japan and Western nations in as observers to monitor an end to decades of conflict.

Beijing has denied the accusation but the rare public criticism exposes growing tensions between China and the Southeast Asian nation, which has sought to reduce its dependence on Beijing and build relations across the globe since a reformist government took power in 2011.

Min Zaw Oo, a senior official at the government-linked Myanmar Peace Center, which coordinates talks to quell the patchwork of insurgencies that have lingered in Myanmar since independence in 1948, said China’s special envoy pressed two key rebel groups not to sign the peace accord.

After Sun Guoxiang’s intervention, only eight out of 15 groups that were invited by the government committed to the agreement. Some of the other groups are headed by ethnic Chinese commanders, and have received funding and support from Beijing in the past.

Min Zaw Oo said he had stayed quiet on China’s interference until now, “but it was time to stop whispering”.

The eight groups are due to sign the ceasefire agreement in mid-October. The other groups would be allowed to sign later, Min Zaw Oo said, but there was no immediate word if any fresh negotiations were ongoing.

China objected to clauses in the deal that would have included Western nations and Japan among international observers of the conclusion of the peace process, Min Zaw Oo said.

“The choice of witnesses is a particularly sensitive matter. In the context of competition, even rivalry, between China and Japan, it’s not surprising that these issues would come up,” said Richard Horsey, a Yangon-based independent political analyst and a former United Nations official in Myanmar.

“China has seen that particular area of Myanmar, and Myanmar more broadly, as its regional neighbourhood.”

The friendship between Beijing and its southern neighbour was firm when Myanmar was a pariah state under military rule.

China is still Myanmar’s largest trade partner, with significant commercial and strategic interests in a country that sits on the rim of the Indian Ocean, and its covert support of some rebel groups has long given it leverage in Myanmar.

But it has watched nervously in recent years as its own influence waned while Washington lifted some sanctions and engaged with the semi-civilian government.

Beijing rejected Min Zaw Oo’s claims that it had meddled in the peace process.

“China has consistently supported all sides in Myanmar in resolving differences through peace talks in service of signing a national-scale ceasefire agreement at an early date,” said Hong Lei, spokesman at China’s Ministry of Foreign Affairs

The failure of an all-encompasing peace pact with the rebels is a blow to President Thein Sein, who made it a priority to bolster both his own legacy and the chances of his ruling Union Solidarity and Development Party in an election next month.

U.S. President Barack Obama, who has portrayed his country’s backing of Myanmar’s reforms as a foreign policy success, has pushed Thein Sein to conclude the ceasefire as part of wider changes to protect minorities.

Ties between Myanmar and China soured this year over fighting between Myanmar’s military and the ethnic Chinese Myanmar National Democratic Alliance Army (MNDAA) along part of the shared border with China’s Yunnan province.

Chinese citizens have been killed by bombs and stray shells falling inside China’s territory, angering Beijing.

Min Zaw Oo said China told some rebels not to agree to the peace pact unless Myanmar invited the MNDAA into the process.

Specifically, he said Sun encouraged the United Wa State Army (UWSA), which once received support and arms from China and is led by ethnic Chinese commanders, as well as the Kachin Independence Organization (KIO), to refuse to sign. The KIO operates in Kachin state, Myanmar’s northernmost, which borders China.

The participation of the Kachin rebels was crucial to the deal, Brussels-based think tank International Crisis Group said in September.

The MNDAA, UWSA and KIO were not available for comment.

The UWSA said in a statement last month that the government of China’s Yunnan province had asked it not to involve Western nations and Japan in the process. The Yunnan government was not available for comment.

“If the UWSA signs the agreement, it would be tantamount to involving Western nations in the northern conflicts,” it said. “Therefore, the UWSA is not in a position to sign the nationwide ceasefire agreement by breaking its promise to Yunnan province.”

Since early 2011, Myanmar/Burma has embarked on a remarkable path of political and economic reforms, departing from five decades of authoritarian rule. The government has committed itself to introducing genuine democracy, and some significant steps have been taken towards establishing a more open and equitable society. The reform process focuses on the transition to democracy, economic and social reforms, and efforts to make peace with a number of ethnic groups within the country.

Opposition leader Daw Aung San Suu Kyi's release from house arrest and her party's return to the formal political process were further milestones in the peaceful transition to democracy and have injected a positive dynamism into political life.

The restrictive measures imposed by the EU on the government were suspended in April 2012 and lifted in 2013 (apart from the arms embargo), in order to welcome and encourage the reform process.

In July 2013, the EU reinstated Myanmar/Burma's access to the Generalised System of Preferences (GSP), which provides for duty-free and quota-free access for the country's products to the European market.

First free elections will be held in Myanmar on 8 November. The EU is sending an observation mission.

>> Read: Europe and Myanmar strengthen ties ahead of elections