“At the meeting today, allies called for restraint and de-escalation. A new conflict would be in no one’s interest, so Iran must refrain from further violence and provocations”, Stoltenberg told reporters after the meeting in Brussels, echoing previous statements by EU leaders made during the weekend.

Asked about his opinion on the targeted killing of the Iranian commander, Stoltenberg stressed that the drone strike had been a “US decision, not a decision taken by NATO” itself. However, he said the other 28 NATO members had repeated their longstanding concerns about Iran’s destabilising activities in the Middle East.

Asked twice by reporters whether any member states condemned the US actions, Stoltenberg stressed their unity and their concern about Iran’s behaviour.

“We have recently seen an escalation by Iran, including the strike on a Saudi energy facility, and the shoot-down of an American drone,” Stoltenberg said.

“We are united in condemning Iran’s support of a variety of different terrorist groups,” he added. 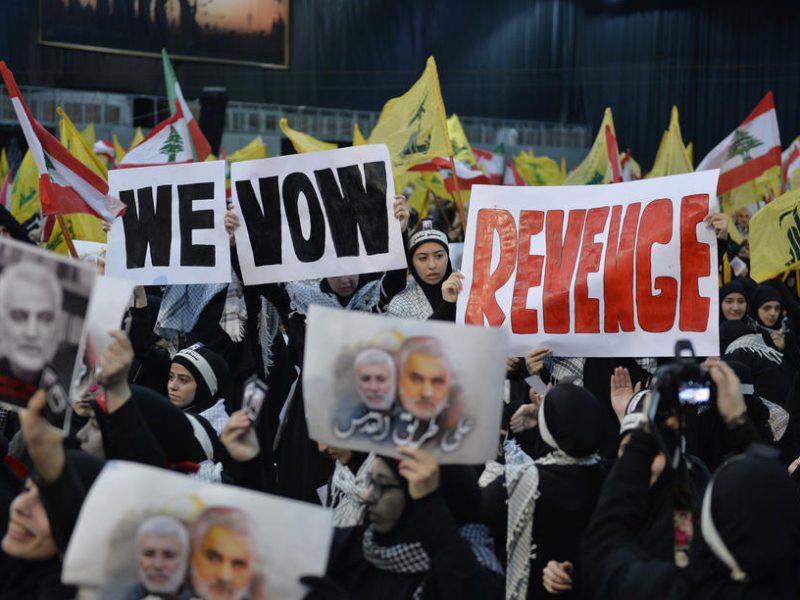 Fearing the fallout from the killing of Iran’s General Soleimani, Europeans on Sunday (5 January) called to de-escalate the crisis which threatens to collapse the landmark 2015 nuclear deal and puts NATO’s training mission in Iraq in jeopardy.

The NATO chief had called the emergency session at the level of ambassadors, in which the United States briefed its allies about last Friday’s drone strike – an operation that caught many of Washington’s allies by surprise.

The gathering following NATO’s decision on Saturday (4 January) to suspend its training mission in Iraq in fear of retaliation, after an Iraqi parliamentary resolution on Sunday (5 January) had called on foreign troops to leave.

Established in Baghdad in October 2018 after three years of war against Islamic State militants, the 500 soldier-strong NATO Iraq mission is a non-combat “train-and-advise” assignment to support Iraqi security structures and institutions fend off future insurgencies.

Its personnel, made up of several hundred trainers, advisers and support staff from both 29 NATO member states and non-NATO partner countries, includes military and civilian personnel and is not to be deployed with Iraqi forces during military operations.

“The training mission remains suspended, but should be resumed as soon as the situation in Iraq permits,” Stoltenberg told reporters after the meeting in Brussels in which the United States briefed its allies about last Friday’s drone strike.

While there was concern that the killing of Iran’s second-most powerful man could trigger a conflagration in the Middle East, several European countries such as France, Germany, Poland announced their intention to potentially withdraw their troops.

Despite anger last year among European NATO allies over US strategy in the Middle East under President Donald Trump, two diplomats present at the session confirmed that the two-hour meeting at NATO headquarters went smoothly.

According to them, no envoy challenged US State Department and Department of Defense officials, who briefed via video conference, over the merits of Friday’s events. 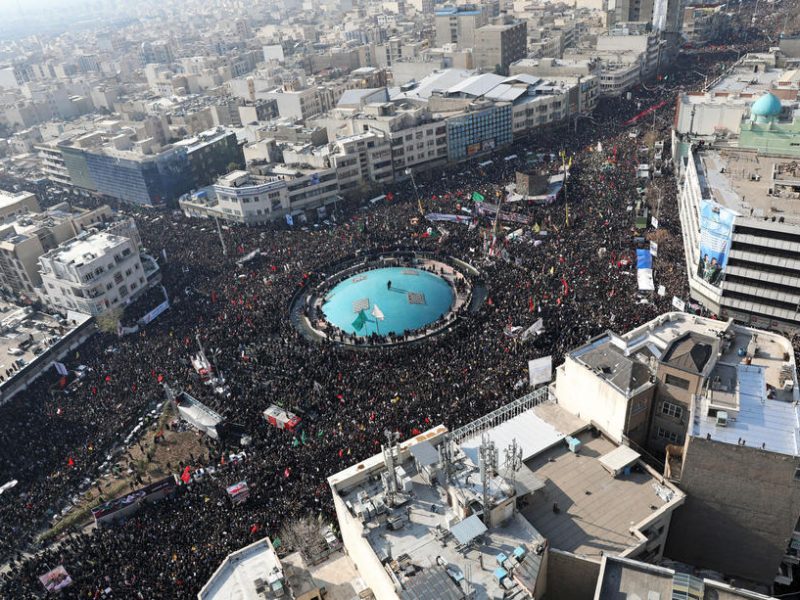 Iran’s supreme leader wept in grief with hundreds of thousands of mourners thronging Tehran’s streets on Monday (6 January) for the funeral of military commander Qassem Soleimani, killed by a US drone on the orders of US President Donald Trump.

European Commission President Ursula von der Leyen said in a statement the EU was talking to all parties to try to defuse tensions, calling for restraint and urging gains made in Iraq since the defeat of the Islamic State group to be preserved.

“After recent developments in Iraq, now it is important to halt the cycle of violence so that one more action does not give rise to the next one, and instead space is again created for diplomacy,” von der Leyen said in the statement.

“From a European viewpoint, it is important for Iran to return to the nuclear deal. We have to convince Iran that it’s also in its own interest,” she said.

Critics, however, had pointed out the late and rather weak wording of von der Leyen’s statement.

The Commission President is set to convene a special meeting with her foreign policy chief Josep Borrell, where “other Commissioners will debrief on the outreach to different stakeholders related to developments in Iraq and beyond.”

“This meeting on Wednesday will also serve as a platform to coordinate actions to be undertaken by Commissioners in the region and with partners related to their portfolios.”

Neither the EU nor the NATO side have so far communicated the level of coordination. 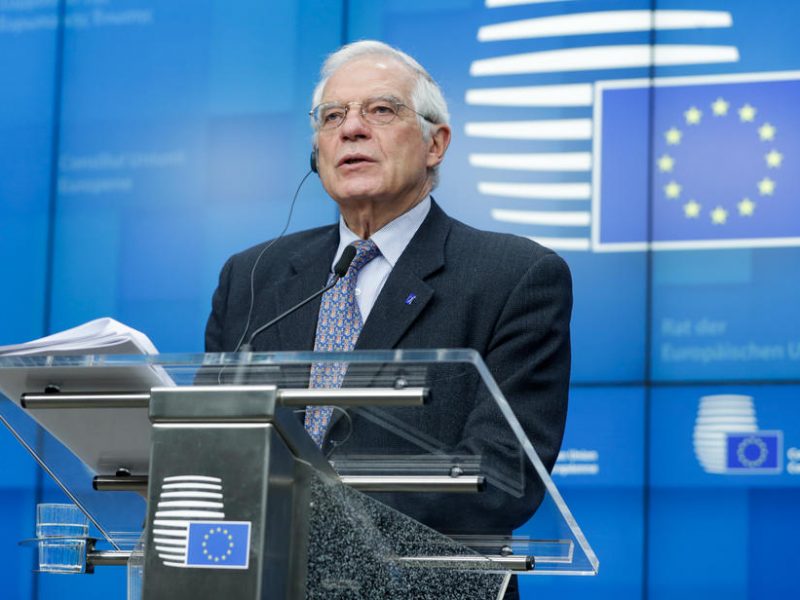 During the weekend, Borrell, in an mediation effort had spoken to Iranian Foreign Minister Mohammed Javad Zarif and issued an invitation for talks in Brussels, but so far Tehran has not given a public response whether it intends to pursue such an option.

Earlier, Borrell tweeted that the Iran nuclear deal, which has been slowly dying since US President Donald Trump pulled out of the landmark accord in May 2018, was “now more important than ever”.

He criticised Tehran’s latest steps away from the accord, after it said it would forego the “limit on the number of centrifuges”, casting doubt on an EU push for talks to salvage the deal.

The warning from EU leadership came as European leaders, fearing the fallout from the killing of Iran’s General Soleimani, had called for de-escalation in the region.

In a statement issued on late Sunday (5 January) night, Britain, France and Germany had urged Iran to “refrain from further violent action or proliferation” and criticising the “negative role” Tehran played in the Middle East through Soleimani’s forces.