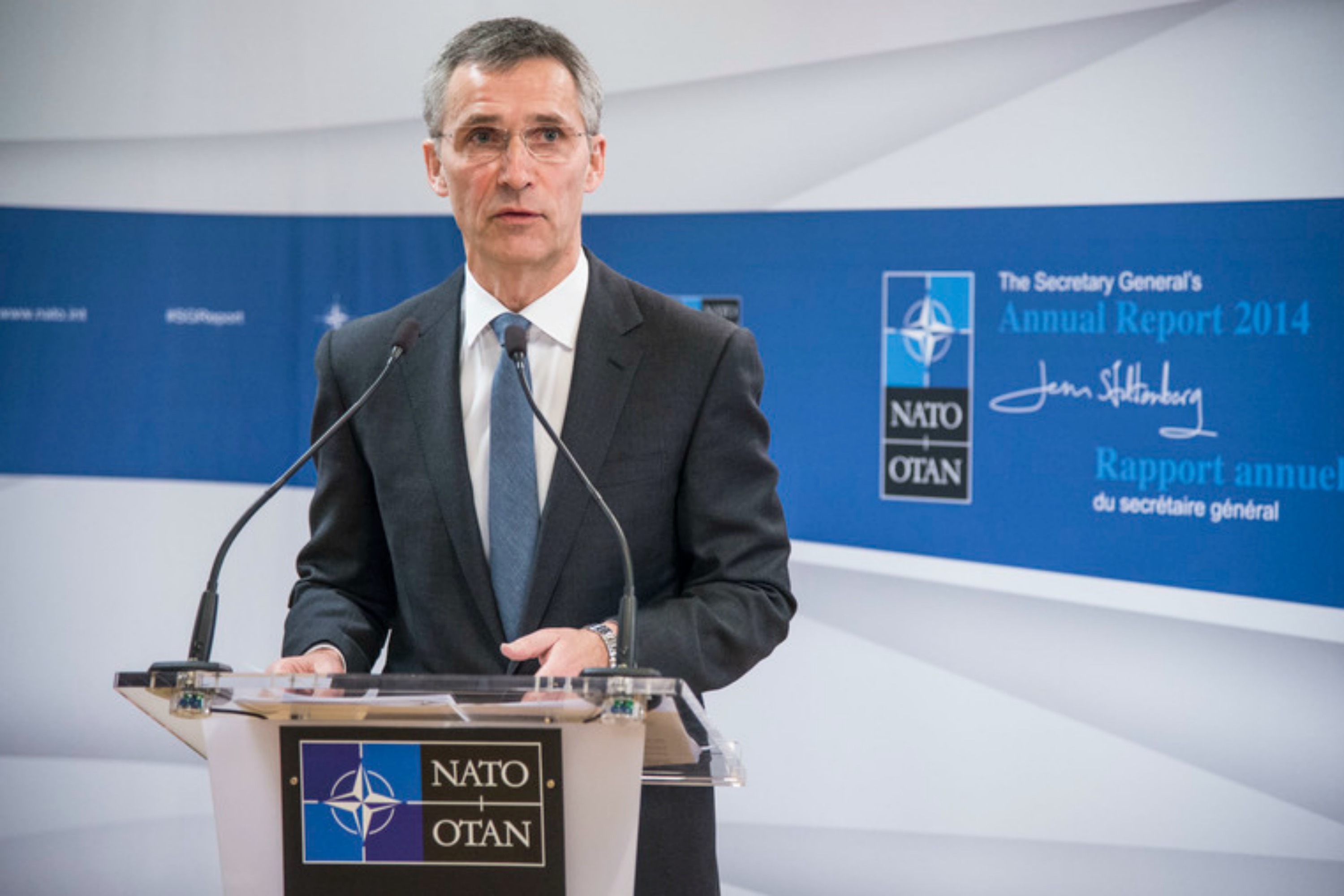 NATO defence ministers will today (5 February) strengthen the alliance’s presence in eastern Europe by setting up a network of small command centres that could rapidly reinforce the region in the event of any threat from Russia.

Ministers will also decide on the make-up of a new rapid reaction force and agree to expand a corps-level headquarters in western Poland as part of a plan to bolster NATO’s eastern flank in response to Russia’s annexation of Ukraine’s Crimea.

The US ambassador to NATO, Douglas Lute, said NATO flags would fly over the Polish headquarters and the six command centres in Poland, Romania, Bulgaria and the three Baltic states, where the alliance has had little presence until now.

“These will be the first seven NATO flags in eastern Europe,” he told a news conference.

The plan, which builds on decisions taken at NATO’s summit in Wales last September, falls short of the hopes of some eastern European countries for NATO to set up large bases in the region, but may still alarm Russia, which is deeply hostile to NATO encroaching closer to its borders.

The ministers’ meeting comes at a time of high tension between the West and Russia over the Ukraine conflict, that has raised the spectre of a return to Cold War-style confrontation.

NATO officials believe its small-scale measures comply with the alliance’s 1997 commitment not to permanently station substantial combat forces in eastern Europe, while providing allies in the region with a visible assurance that the rest of NATO would come to their aid if they were attacked.

Ministers are also set to discuss growing concerns within NATO over Russia’s nuclear strategy and indications that Russian military planners may be lowering the threshold for using nuclear weapons in any conflict, diplomats say.

Britain, France and Germany are expected to announce on Thursday that they will be among the “framework nations” that will take turns to lead the new fast reaction force that will be set up over the next few years. Spain, Italy and Poland may also take on a lead role.

The force is expected to have around 5,000 soldiers with air, sea and special forces support. The United States will support the force with strategic air lift and intelligence-gathering aircraft.

Ministers are also likely to expand the small headquarters set up by Germany, Poland and Denmark in the Polish city of Szczecin. The corps headquarters will take charge of NATO exercises in the area and will serve as a northeastern base if NATO forces had to operate in the region, officials said.

The six command-and-control centres, which will have a staff of only about 50 officers each, will be responsible for staging exercises and for receiving the rapid reaction force if deployed.

The United States is expected to contribute some officers to each of the seven NATO centres, Lute said.

Ashton Carter, President Barack Obama's nominee to become the next U.S. defense secretary, said on 4 February that Russia needed to be reminded that a Cold War-era nuclear arms control agreement was a "two-way street" and that Washington could respond to any violations.

Washington and Moscow have long questioned each other's commitment to the Intermediate-Range Nuclear Forces (INF) treaty. It eliminated nuclear and conventional ground-launched ballistic and cruise missiles with a range of 500-5,500 km (300-3,400 miles) near the end of the Cold War.

Ashton Carter, a former Pentagon No. 2 who is expected to win swift Senate confirmation, said the United States has a range of actions it could take, including defensive and deterrent steps, if Russia violates the treaty.

"I think you have to remind Russia that this was a two-way street," Carter said at his Senate confirmation hearing.

"If you don't want to have that treaty, well then you're absolved from your restrictions in that treaty, and we are too."

The United States has said Moscow's testing of a ground-launched cruise missile violated the 1987 Intermediate-Range Nuclear Forces treaty. Russia argues that Washington's use of drones and other intermediate-range arms amounts to a violation.