The NATO headquarters in Brussels [NATO]

NATO will seek to reassure Russia today (19 December) that its troop deployments in the Baltics and Poland next year are purely defensive, in a rare meeting of the alliance’s and Kremlin’s envoys that is unlikely to resolve long-standing grievances.

The NATO-Russia Council, the forum that brings together North Atlantic Treaty Organisation ambassadors and Russia’s top diplomat dealing with the US-led alliance, will convene for only the third time this year with the crisis in Ukraine still the top concern for Brussels and Washington. 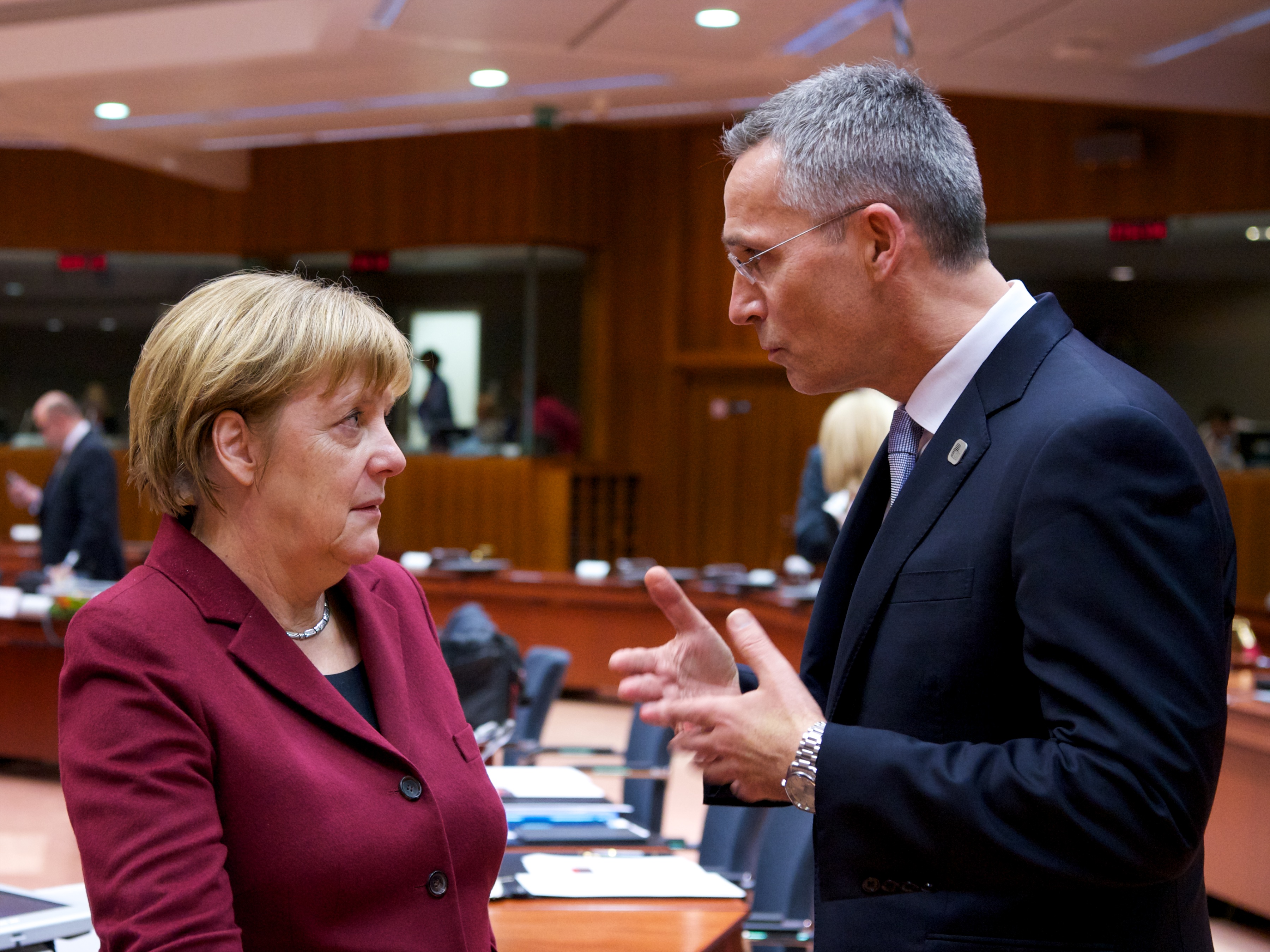 Russia says it is concerned about a NATO military build-up near its borders. “We count on having a frank discussion about the security situation in Europe… including… the consequences of NATO reinforcements on the eastern flank,” Russia’s ambassador to NATO, Alexander Grushko, said on Friday (16 December).

With relations already at a low ebb, Russia’s devastating bombing campaign in Aleppo, which is not expected to be formerly discussed, has provided a dark backdrop for the meeting, diplomats said.

However, NATO allies, particularly Germany, have been pushing for a meeting with Grushko to explain why they are sending four multinational battalions of up to 4,000 troops to the former Soviet states of Estonia, Latvia, Lithuania and Poland from early 2017.

NATO governments say the measures are modest compared with the 330,000 troops the alliance believes Russia has amassed on its western flank near Moscow since May.

Allies say the four battalions, backed by additional US forces on rotation, are justified by Moscow’s 2014 annexation of Crimea that alarmed the Baltics that they might be next.

“The whole idea with re-enforcements is to prevent the conflict,” NATO Secretary-General Jens Stoltenberg said earlier this month following a meeting with Estonia’s president. “It’s to send a clear message of deterrence.”

NATO’s top commander, Curtis Scaparrotti, also said this month he wants the NATO-Russia Council to address the massive military exercises that Russia has often held, with very little warning given. “Russia has not been transparent,” he told reporters.

NATO allies France and Germany are also seeking to implement a peace deal for Eastern Ukraine, where the West accuses the Kremlin of providing money and weapons to rebels.

Moscow denies that, saying the violence in Ukraine’s industrial east that has killed more than 10,000 people is the result of a civil war.

One senior NATO diplomat told Reuters that there was little chance of a breakthrough, particularly as the alliance waits for the US President-elect Donald Trump to take office in January.

“We cannot read the new US administration’s intentions. There is a chance of a total change in policy,” the diplomat said, citing concern among European allies about Trump’s conciliatory approach toward Russian President Vladimir Putin.

However, one hope is that NATO and Russia could discuss common rules to handle unexpected military encounters along one another’s borders in the air and at sea as both sides intensify their military exercises.

“It is imperative that we establish a framework for handling encounters between opposing militaries and the civilian aircraft and ships operating in their midst,” said John McColl, former NATO deputy supreme allied commander in Europe and now at the London-based European Leadership Network think-tank.